Awamori is the oldest distilled alcoholic drink in Japan, and is believed to be the predecessor of shochu. Indica, also called Thai rice, is malted, becoming koji, which is then fermented with the addition of water and yeast before undergoing a single distillation to complete awamori. This technique is said to have remained almost unchanged for 500 years.

One of the distinct features of awamori involves the black koji mold. The mold generates a large amount of the strongly bactericidal citric acid, and is optimal for making sake in Okinawa, a hot and humid place where bacteria easily grow. The koji mold is unique to Okinawa and is used in no sake brewing technique outside of awamori. Thai rice is used instead of Japanese rice is because Thai rice, being hard and smooth, can facilitate the extension of the hyphae of the black koji mold. In other words, it makes the production of malted rice easier.
More than anything, awamori is characterized by its long-term storage, which allows its ingredients to mature and add a mellow savor to it. If stored for three years or longer, awamori can be referred to as kusu, or aged sake. 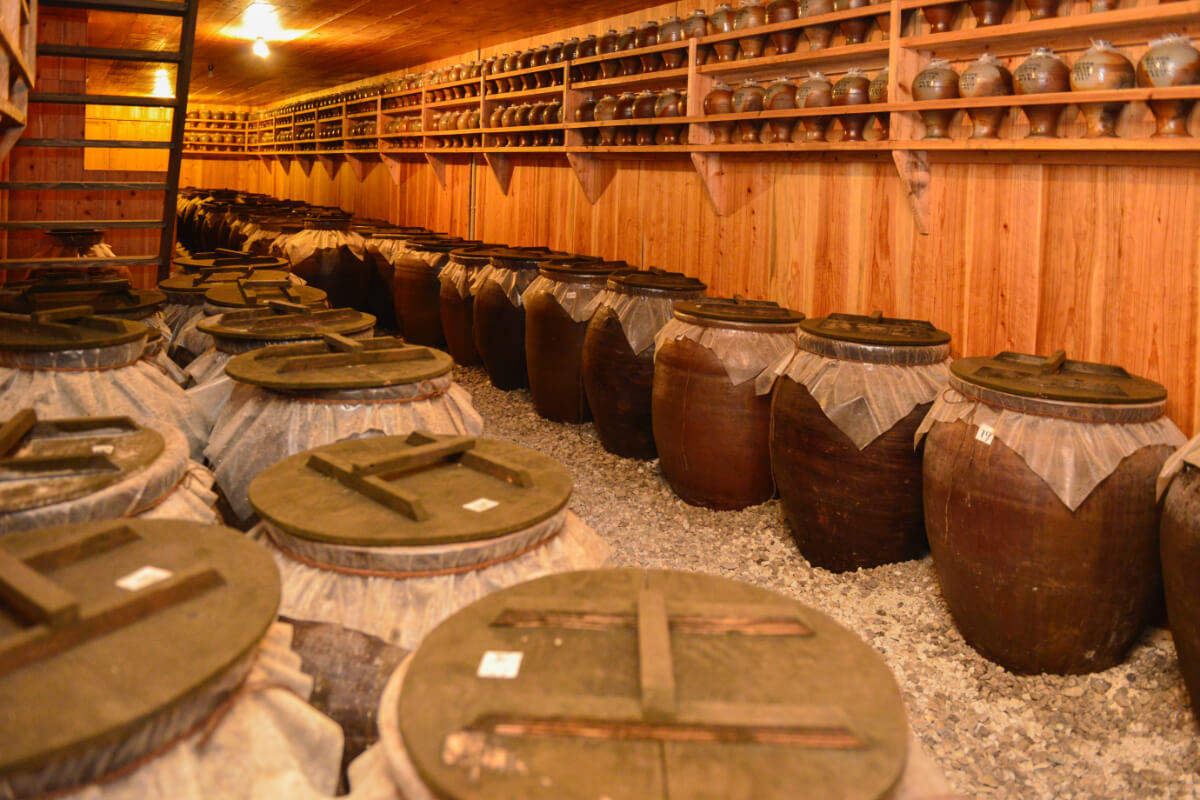 The greatest feature of awamori is as the time passes, the ingredients inside of awamori continues to mature and the flavor changes, so after bottling, it still grows to become much more tasteful kusu. Awamori that has been aged for three years or more is called “kusu”. In Okinawa, pouring the alcohol in a clay pot or a bottle for aging is often expressed as “let it sleep”, the longer you let it sleep the more it becomes sweeter and creates mellow texture in your mouth. The richness of its flavor is equaled to the world’s most renowned whiskeys and brandies. 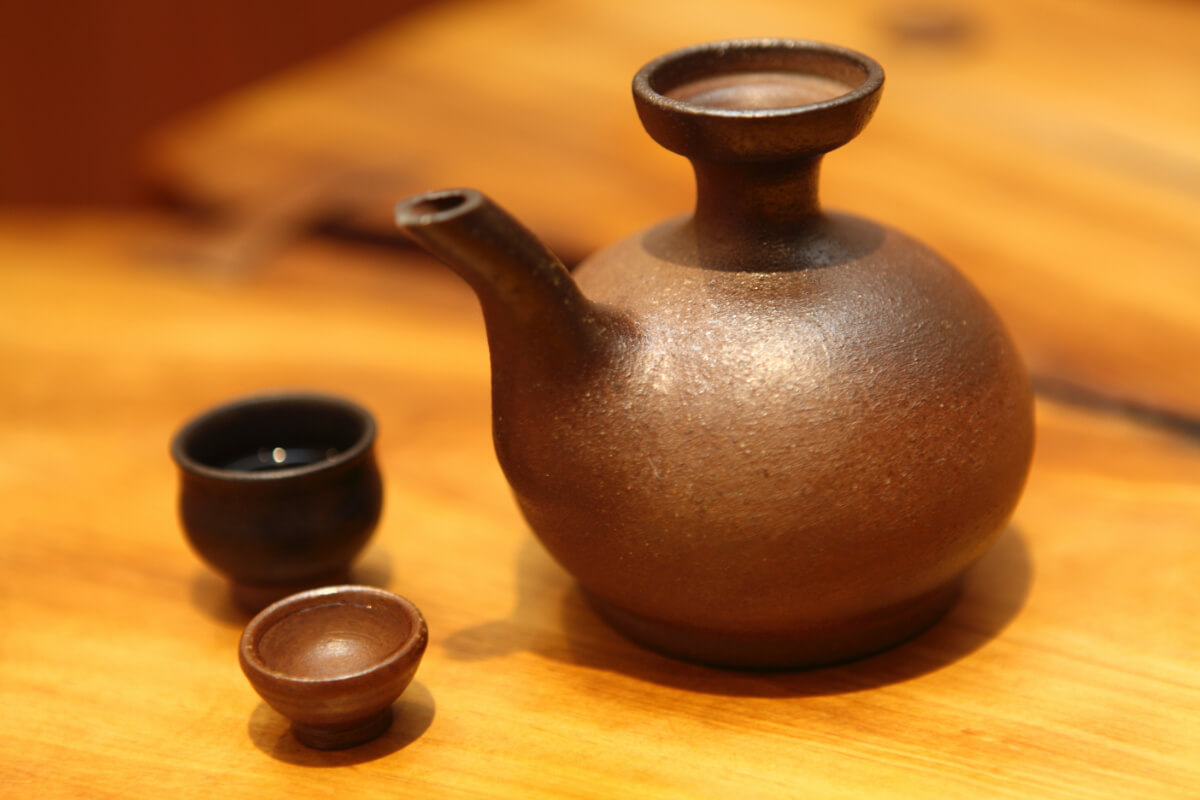 From the mid-14th century to the 16th century, the Ryukyu Dynasty traded with China and other southern countries. During that period, distilled alcoholic drinks and their distillation techniques and materials were communicated to Japan through transactions with Siam, which is modern-day Thailand. The prototype for today’s awamori may have originated as early as 1470.
In the Edo period, awamori was given as tribute from the king of Ryukyu to the shogun. It was also used to show hospitality to the sakuhoshi, messengers from the Chinese emperor.
From the 18th to the 19th century and by order of the Shuri Kingdom, the distillation of awamori was limited to three areas only: Akata, Sakiyama and Torihori of Shuri. This began the control of the distillation, sale and consumption of awamori.
However, awamori bootlegging became rampant as it was indispensable to the common people in their festivities and everyday lives.
The disbanding of the Ryukyu Dynasty was followed by the liberalization of sale of awamori. However, production temporarily halted during World War II. After the war, the awamori industry and those who love awamori have made continued efforts to popularize it in and beyond Okinawa, including throughout Japan. 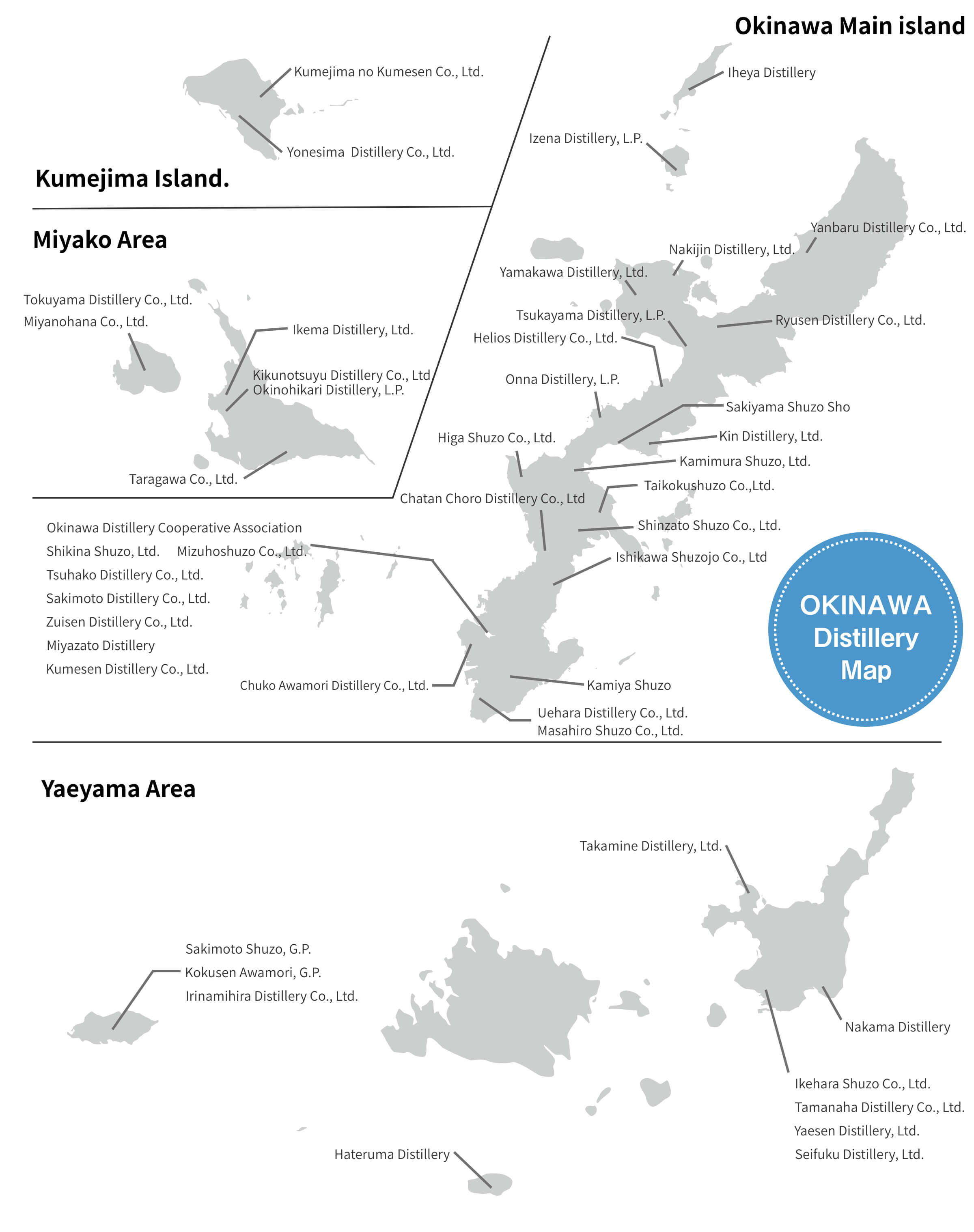 Awamori, a distilled alcoholic drink, has a roughly 600-year history. The traditional techniques passed down among the islanders creates the “flavor of Okinawa,” which symbolizes the identity of the local people. In recent years, an awamori-based craft gin was also launched. Awamori continues to evolve. The following describes the attractiveness of awamori. 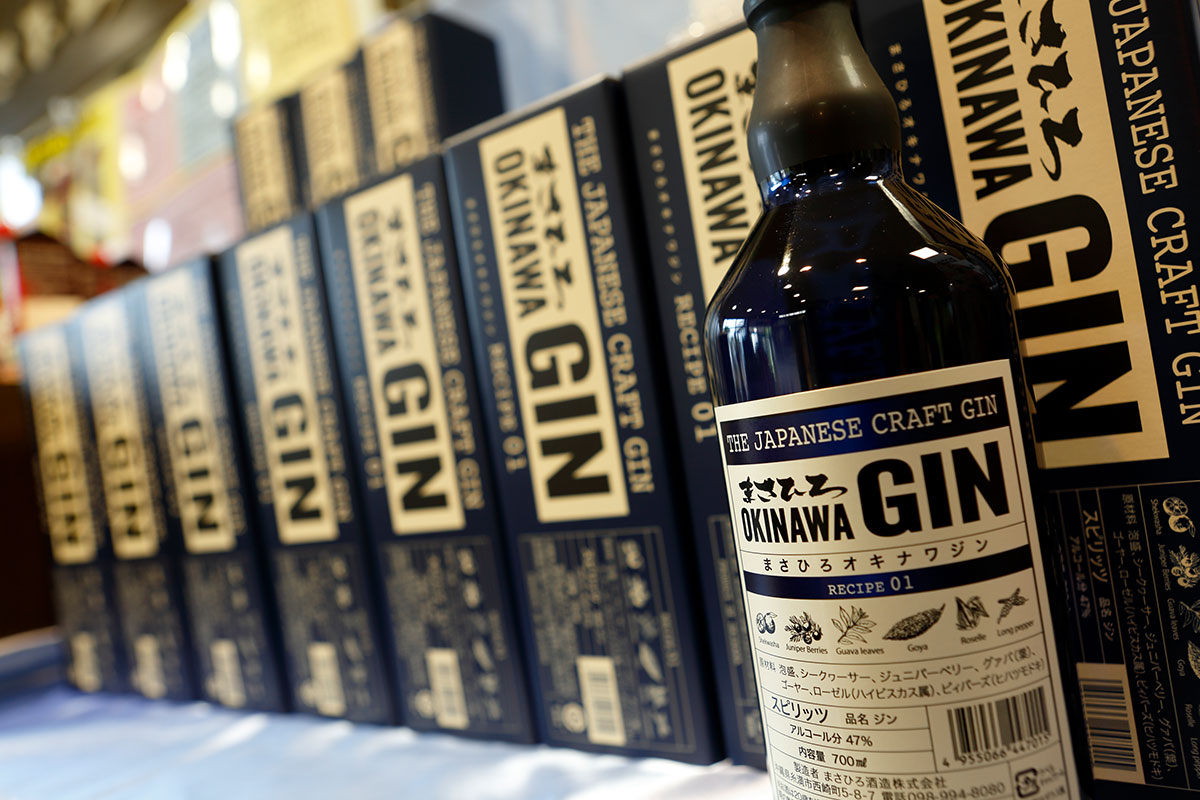 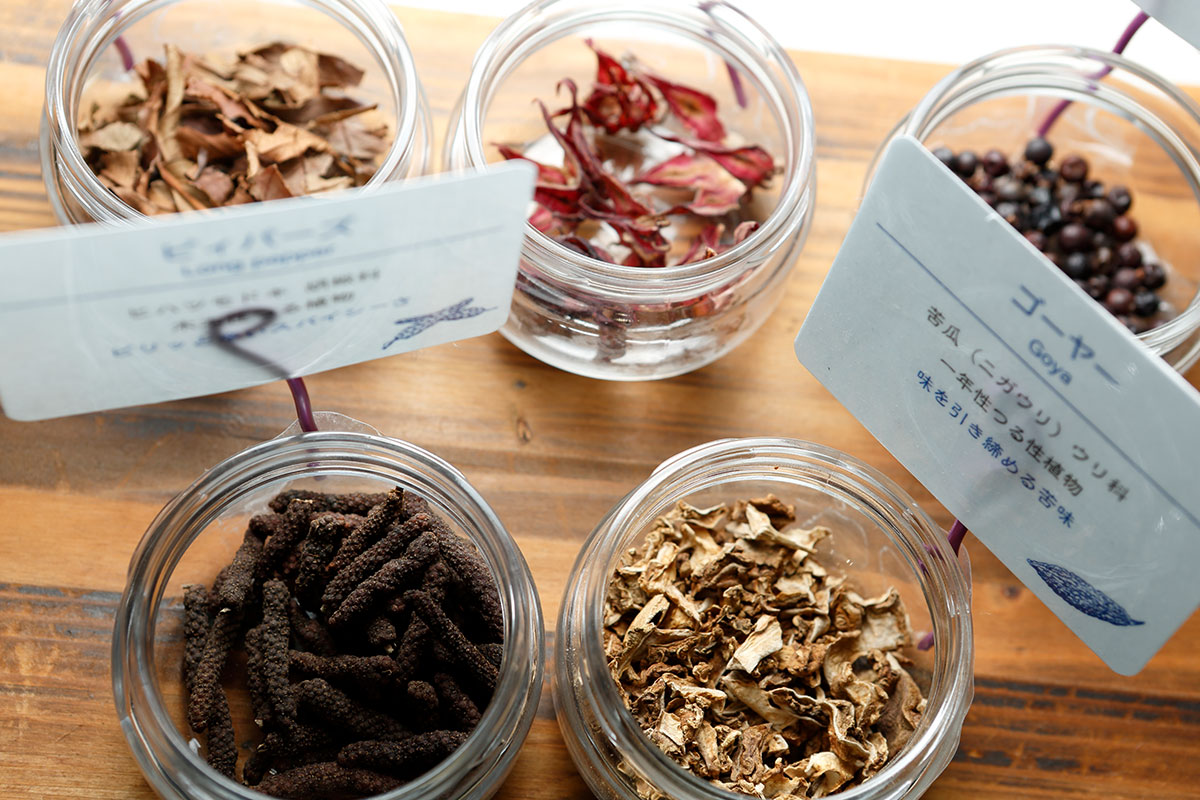 A well-established awamori distillery developed an original craft gin, leveraging its technique and experience in the distillation of awamori and ingredients grown in Okinawa. Besides a botanical scent unique to Okinawa, this craft gin has a flavor packed with the attractiveness of awamori, which the gin is based on. This is also a great place for awamori beginners to start. 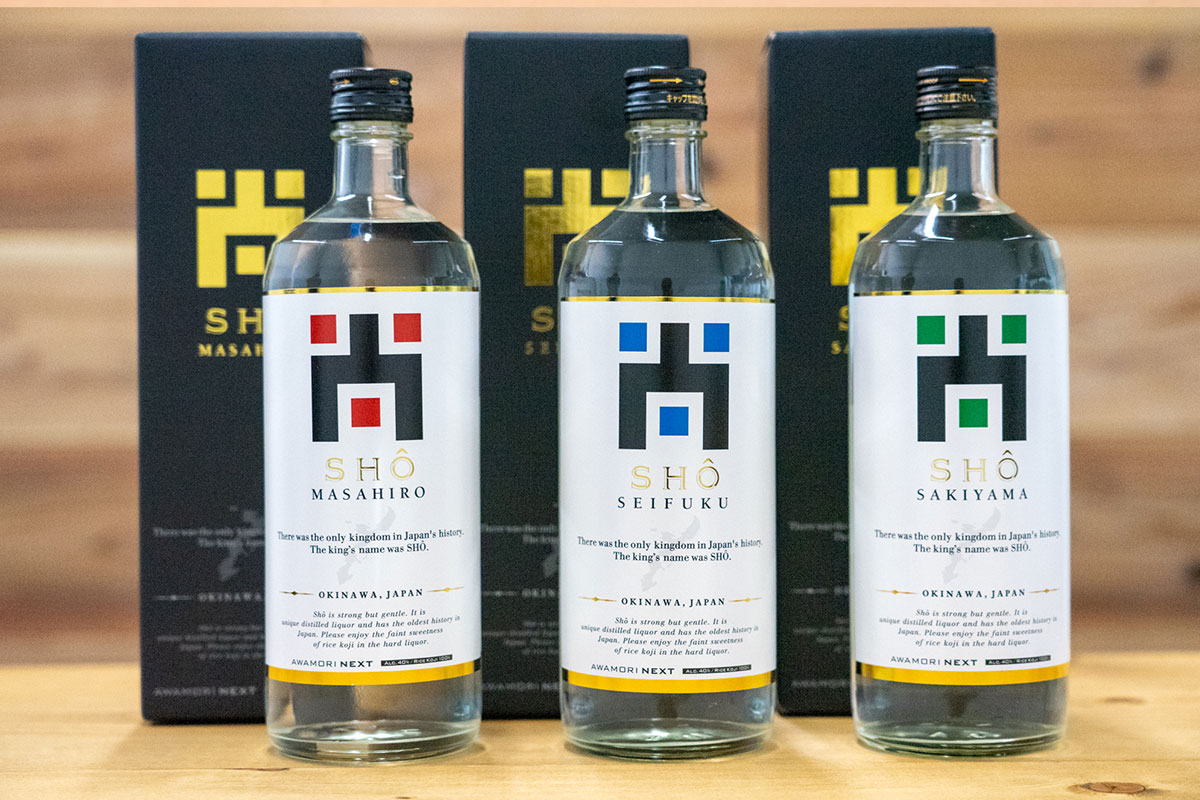 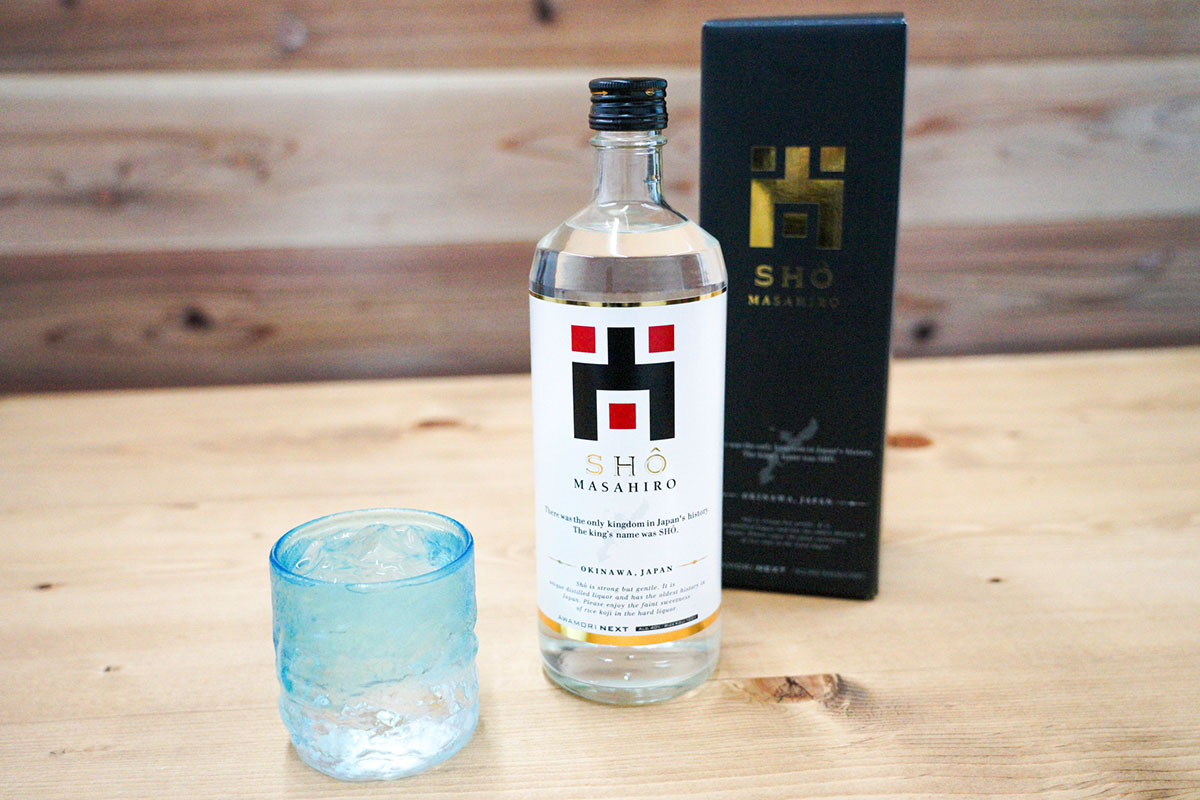 “Sho” originated from the first attempt to make a standard awamori using a consistent technique. It was collaboratively developed by young workers from 12 awamori distilleries. Traditionally distilled only once, awamori is characterized by the complexity and heaviness of its flavor, compared to other distilled alcoholic beverages which typically undergo distillation multiple times. Sho, a new type of awamori, is triple-distilled to highlight its crispness.

You can try it and buy it here. 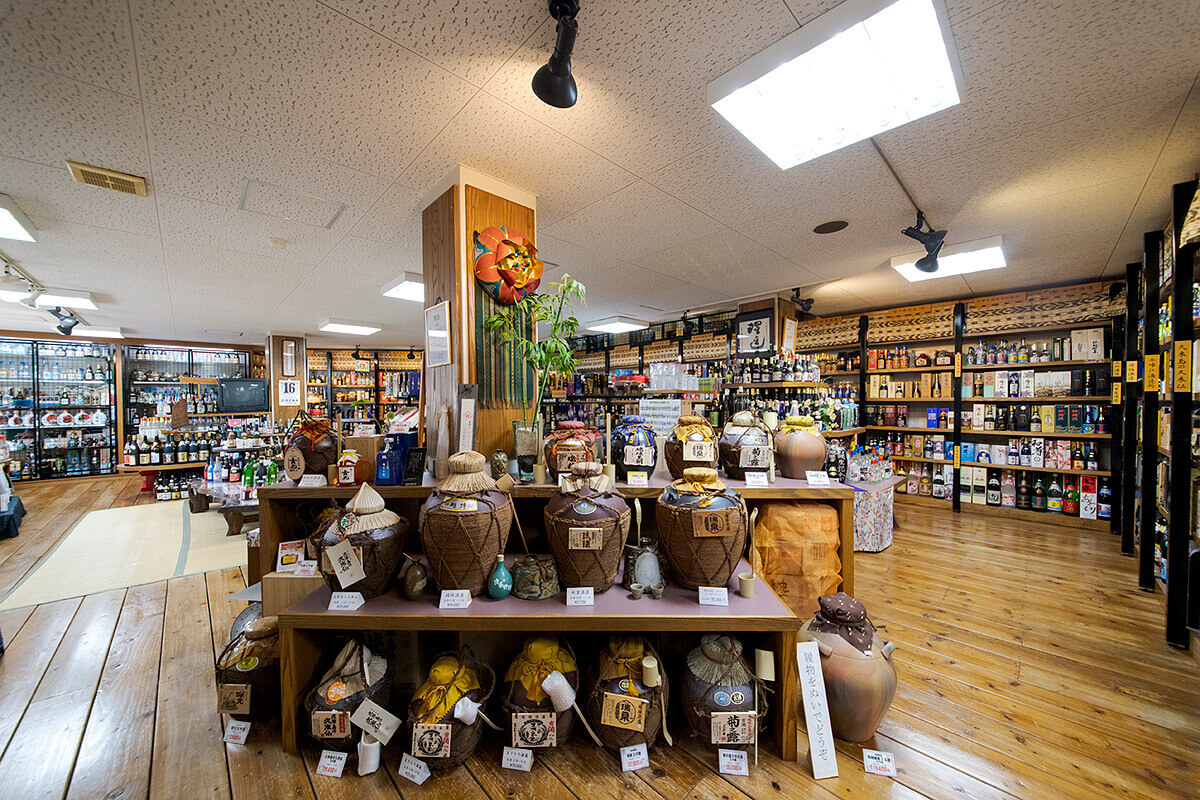 Located in Shuri, Naha-shi, Awamori-kan has rare and long-aged vintage sake and more than 1000 different awamori items from more than 200 brands. 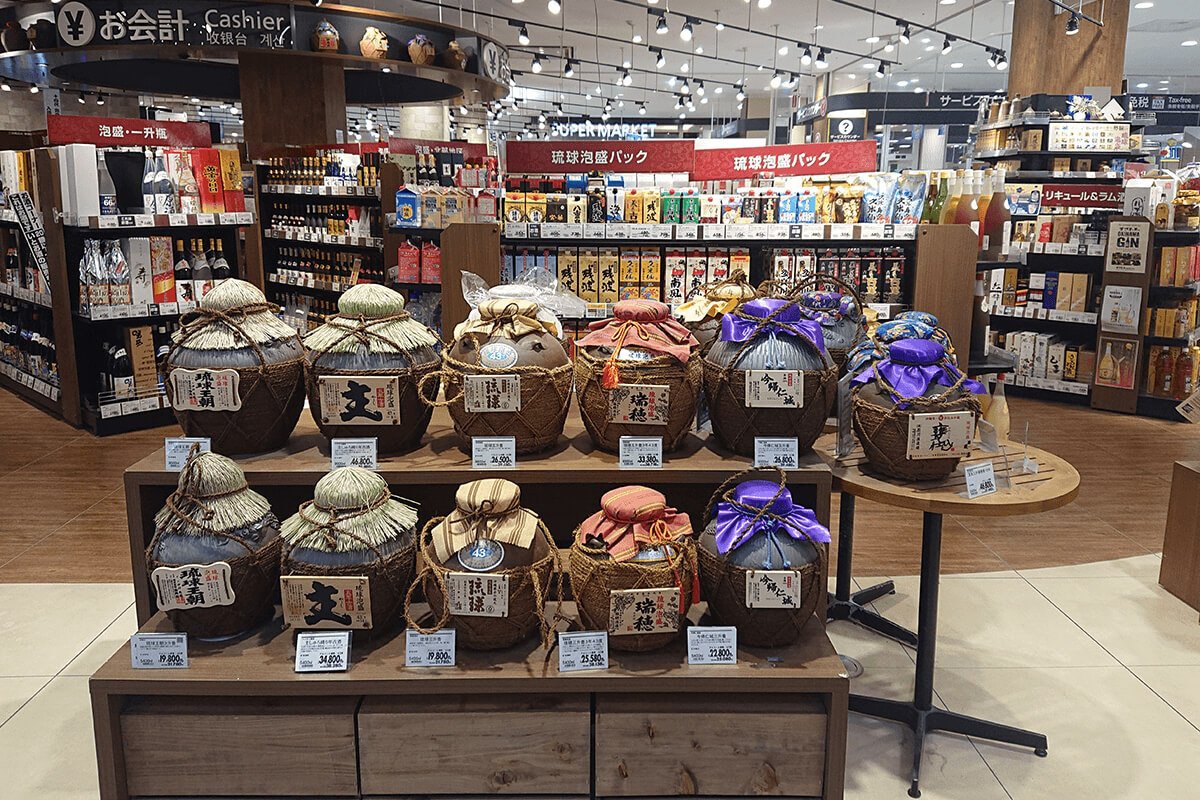 Awamori from every existing distillery can be tried and purchased at AEONLIQUOR on the second floor of AEON MALL Okinawa Rycom in Kitanakagusukuson village.

Shimazake Festa is increasingly recognized as an annual awamori event. Okinawa has 47 sake distilleries across its main island and other remote islands. All of these distilleries as well as the culture and industries surrounding awamori gather at the event featuring seminars on the history of awamori, seminars on how to drink it and many different programs that communicating the appeal of awamori and many other topics. You can taste awamori while listening to explanations from distillers. Many local cuisines are also sold at the event that perfectly pair with awamori. The venue is regularly packed with awamori enthusiasts. Of course, when you discover a new favorite awamori item, you can buy and drink it on the spot.
Besides this major event, some distilleries hold festivals a few times a year. If you have already discovered your favorite awamori, be sure to visit the distillery that makes it.