Okinawa Prefecture is the only prefecture in Japan within a subtropical region, blessed with a mild climate all year round. It consists of 160 islands scattered in a vast area extending ​​about 1,000 km east to west and about 400 km north to south over the sea. The Ryukyu Islands were connected to mainland China and the Japanese archipelago in ancient times, and, as a result, a variety of creatures migrated to Okinawa. Over time, Okinawa was repeatedly cut off from the continental land area, sank underwater from time to time, and eventually became a series of islands extending from north to south. The vast blue sea is a treasure trove of living creatures, including colorful tropical fish and coral reefs. Also, the forests that remain on the northern part of the main island of Okinawa and remote islands are home to flora, fauna, and insects that are rare both in Japan and abroad. That’s the reason Okinawa is referred to as the “Galapagos of the Orient.” 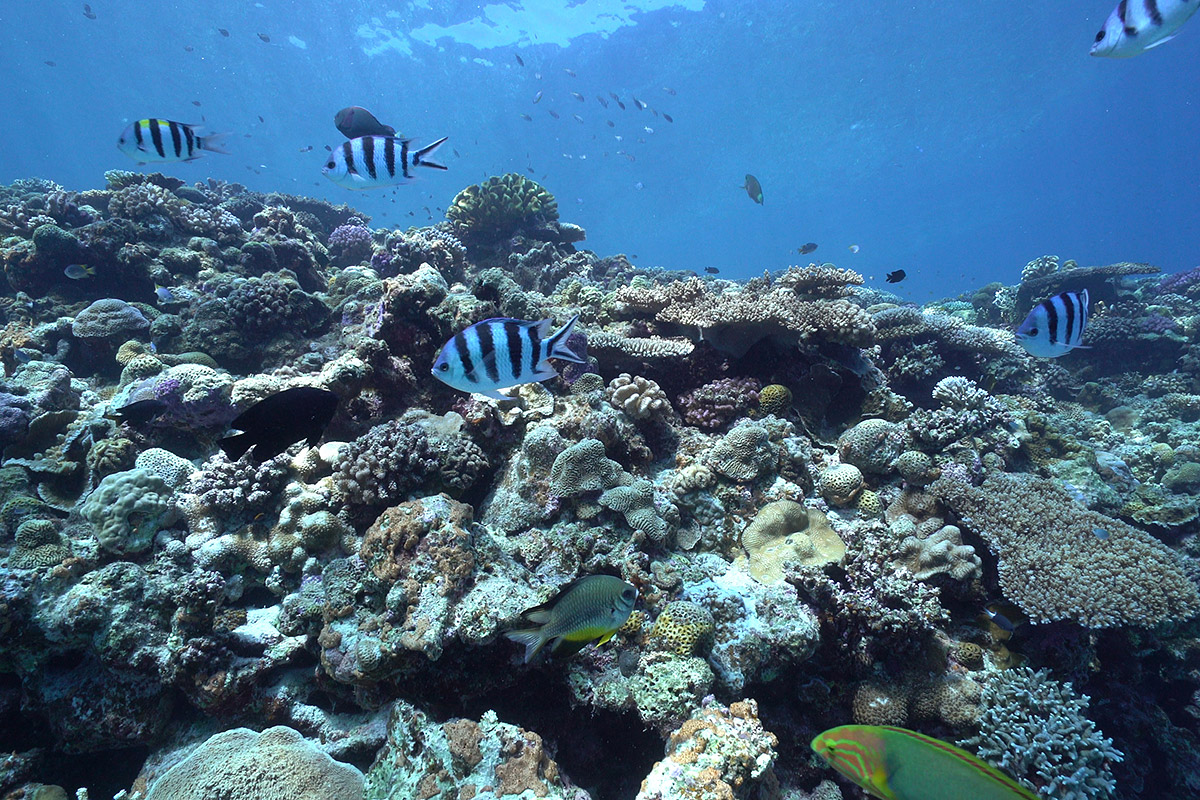 The highly transparent and warm Kuroshio Current flows through the seas around Okinawa, creating a perfect habitat for marine life such as corals and fish. The oceans of the world are home to about 800 species of corals, and, according to existing data, about 415 species live in the waters around Okinawa. Colorful tropical fish swimming between corals in the reefs create a mystical world, and divers from all over the world come to enjoy its natural beauty. Precious sea turtles also inhabit these waters, and with luck, you can swim in the company of those creatures. The turtles come to lay eggs on many beaches here. Offshore, you can enjoy watching whales as they migrate to warm waters off Kerama Islands every winter to give birth and nurse their calves. 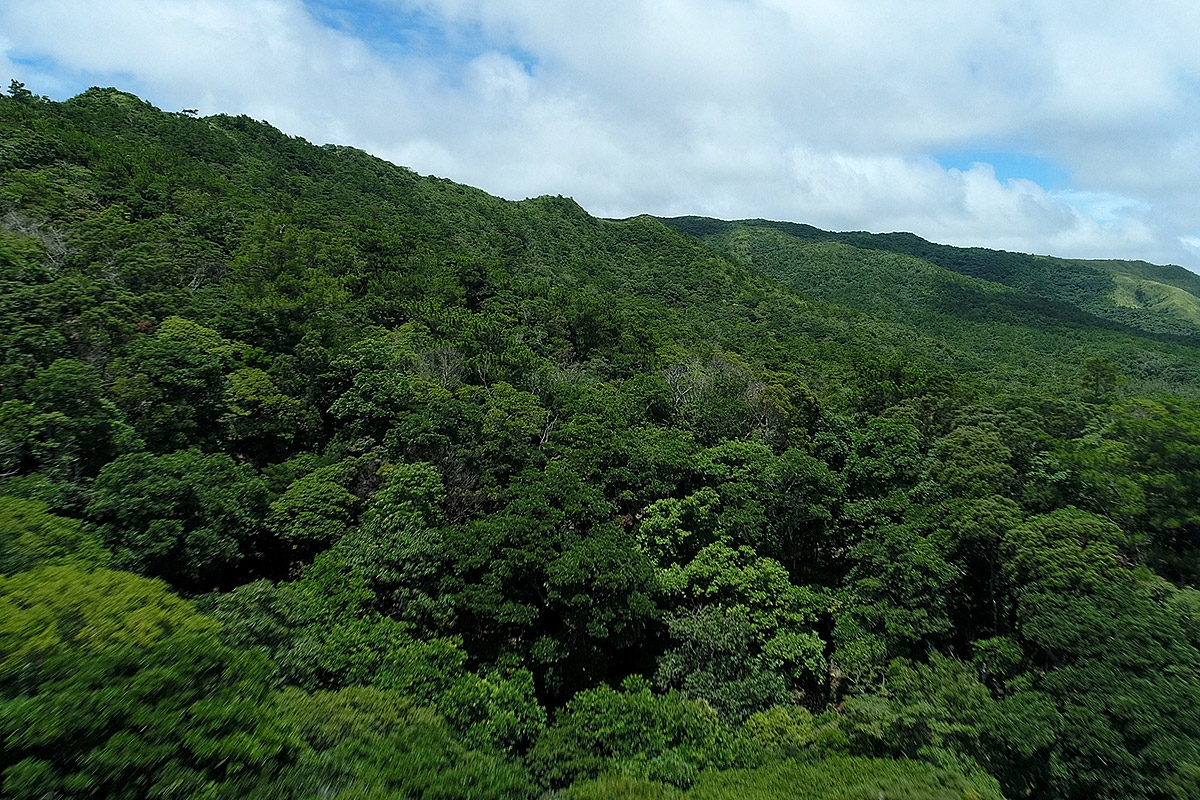 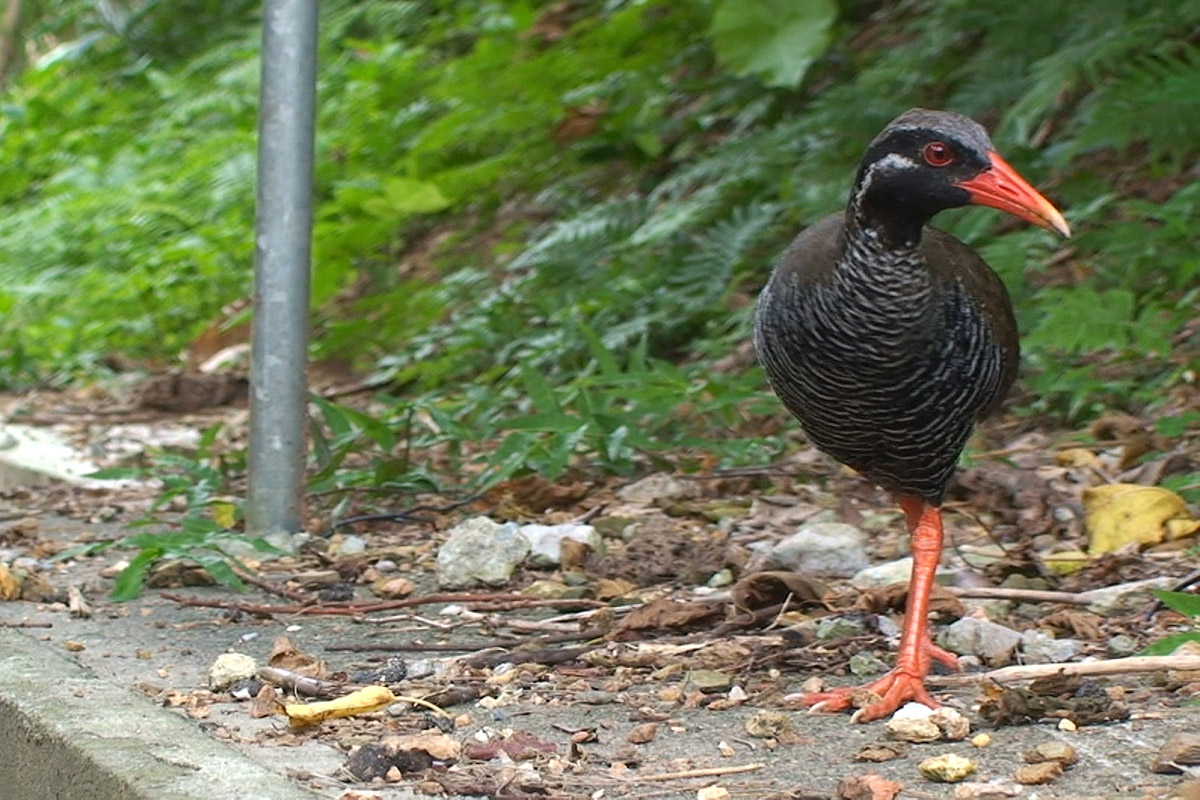 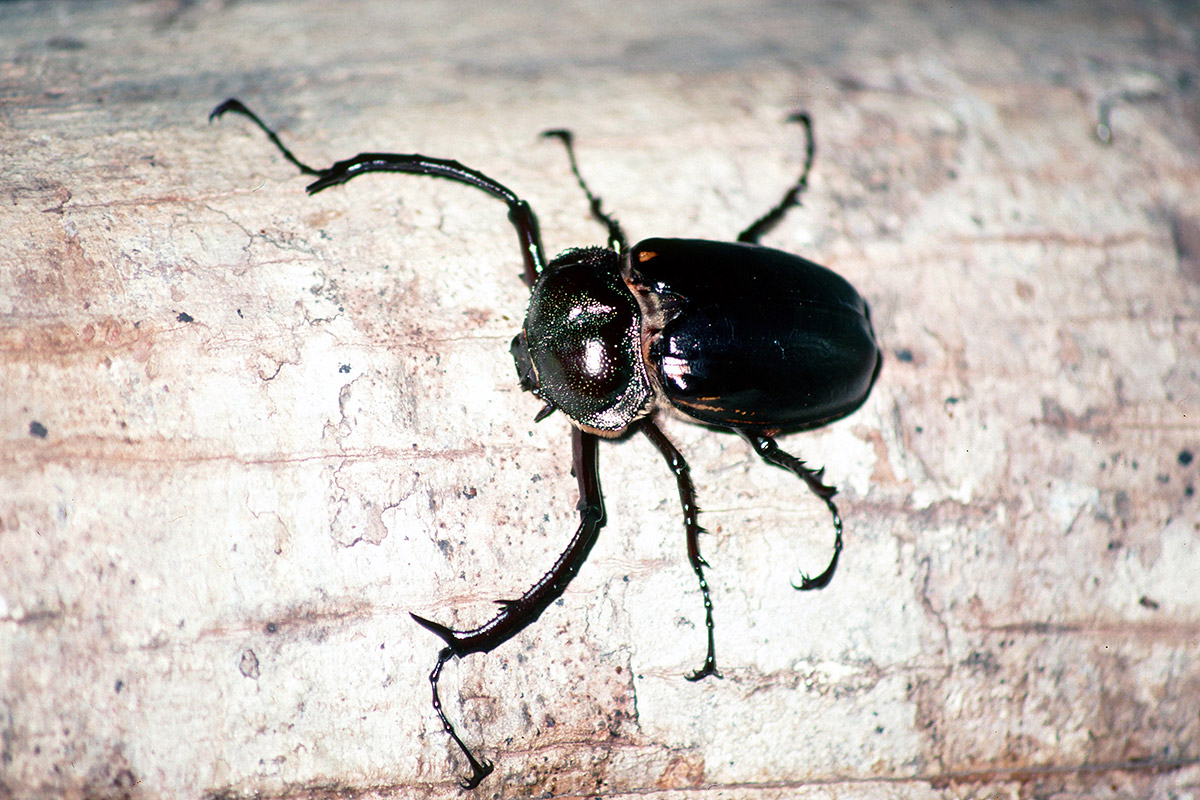 Spreading over the northern part of the main island of Okinawa is a forest-covered area called Yanbaru. Subtropical, evergreen trees called Itajii (Castanopsis sieboldii) flourish in the lush green forests where some 1,250 species of plants, including many endangered species, thrive. It’s also home to many rare endemic creatures, such as the “Yanbaru kuina (Okinawa rail),” a flightless bird, and the “Yanbaru tenagakogane,” the largest beetle in Japan.

Trekking tours through the forests of Yanbaru are popular among visitors. 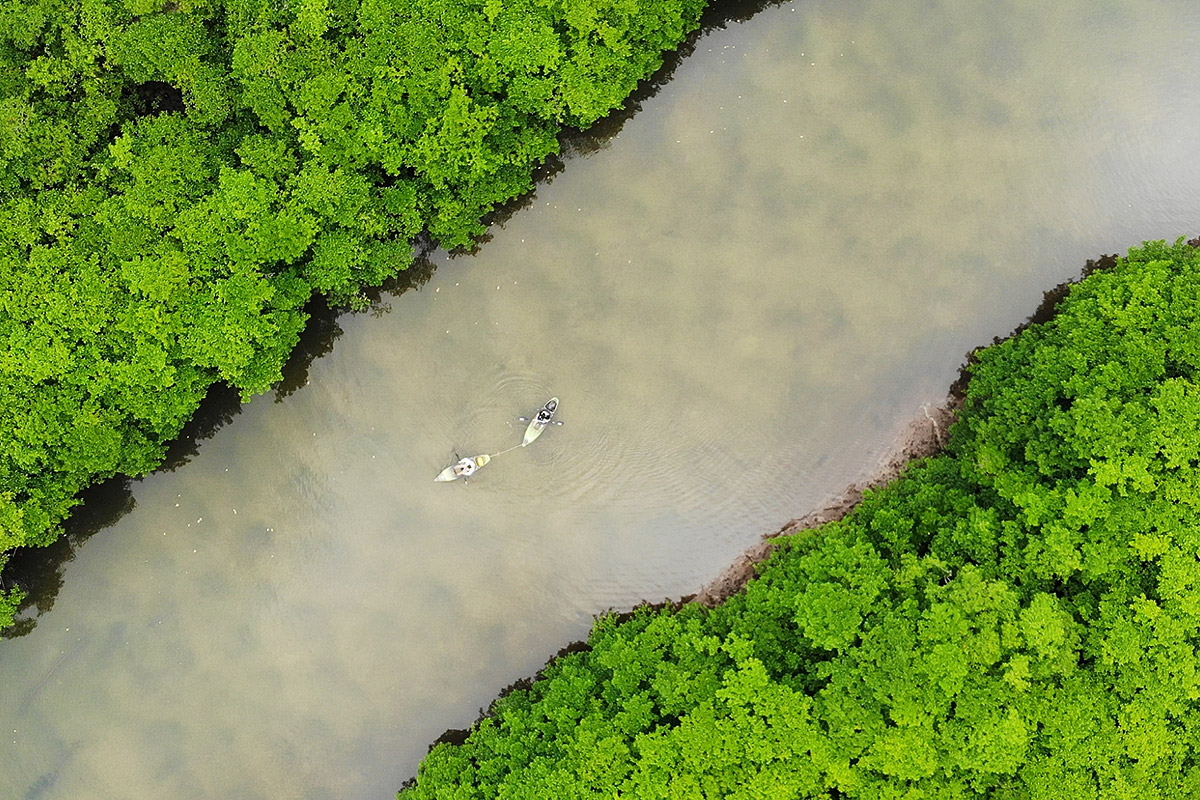 Mangrove forests grow in saline marsh areas at estuarine brackish waters of tropical and subtropical regions. In Okinawa Prefecture, most mangrove forests grow in the northern part of the main island of Okinawa, Iriomote Island, and Ishigaki Island. The largest mangrove forest in Japan is on Iriomote Island. The forests that spread out while immersed in water help raise small creatures such as fish and crabs and serve an essential role in improving the surrounding environment.

Kayak tours are available for visitors who want to take a close-up view of the ecology in the wilderness areas where some places look like a paradise the mangrove forests have woven together. 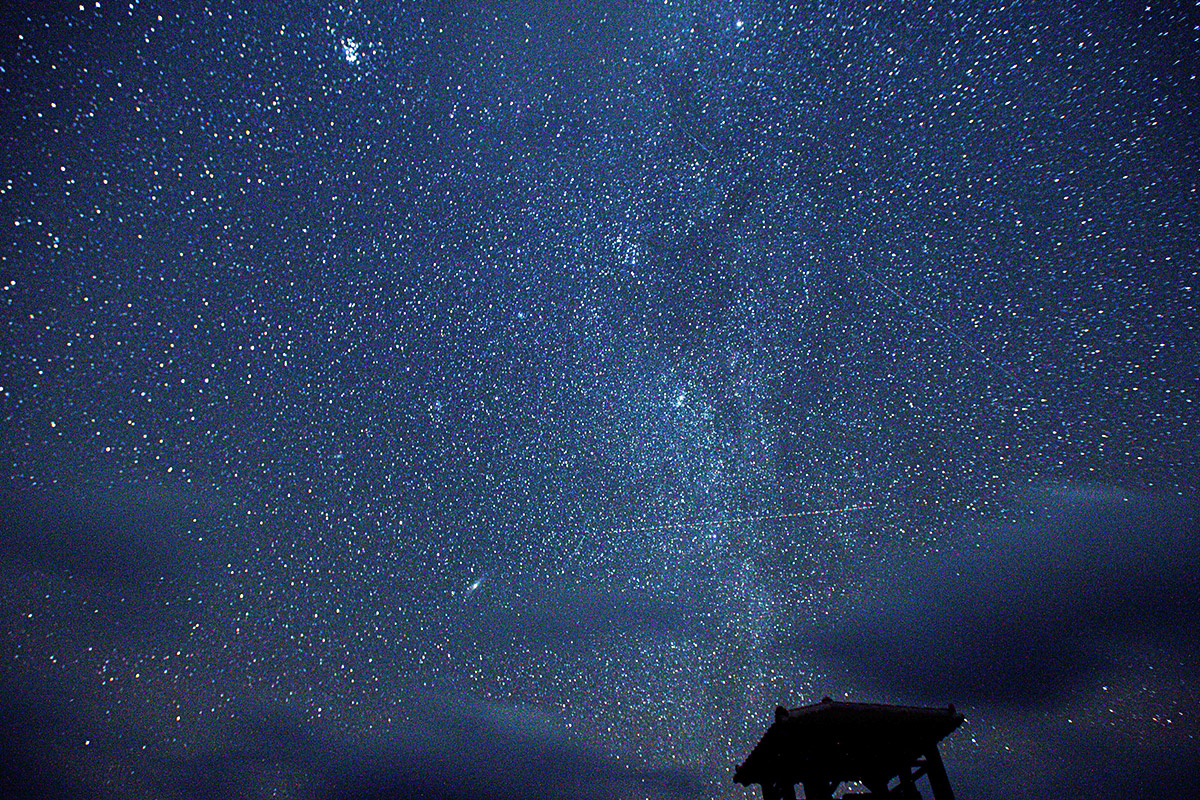 Okinawa is famous for its beautiful sea and white beaches, but you can also watch the star-studded sky at night. The beautiful twinkling stars are visible along the coasts of Okinawa because the sky appears dark in the absence of artificial city lights. The Iriomote-Ishigaki National Park is famous for its beautiful starry skyscape where stargazers can confirm 84 of the 88 observable constellations. The park was certified as the first “Dark Sky Sanctuary” in Japan under the International Dark Sky Association’s “Dark Sky Place Program” on April 1, 2018. When you visit Okinawa, you should participate in the starry sky tours and enjoy the beautiful starry sky. 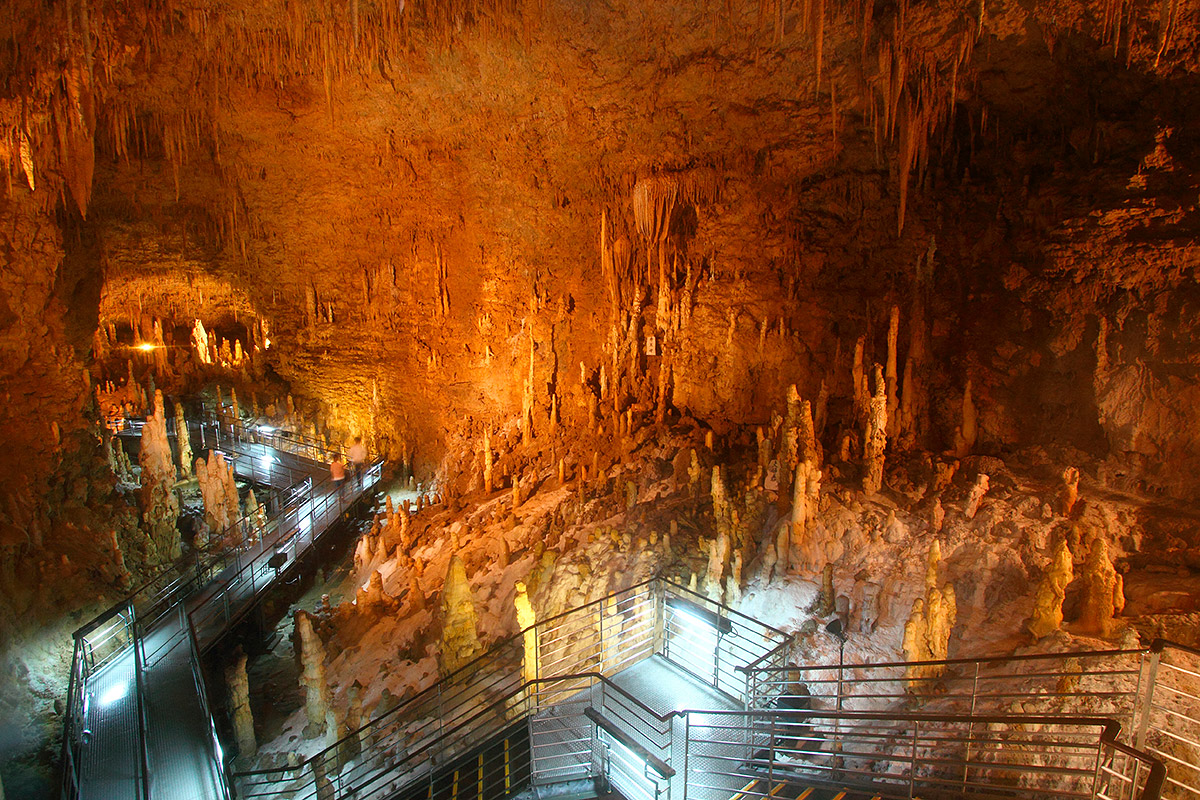 In Okinawa, there are many caves and caverns, which formed in the coral-based Ryukyu limestone over the eons. Underground spaces invisible from the ground are full of stalactites, which, when lit up in the darkness, present a fantastic and marvelous view. It makes you feel as if you were a real adventurer. The Gyokusendo Cave in Nanjo City on the southern part of the main island of Okinawa is believed to have formed a mind-boggling 300,000 years ago, about the same time when humans (Homo sapiens) came into existence in Africa. With more than one million stalactites – the most in Japan – and spanning a total of 5,000 meters, Gyokusendo is the largest cave in Japan and is registered as a natural monument (Designated by Tamagusuku Village, which merged with Sashiki Town and the villages of Chinen and Ozato to form present-day Nanjo City on January 1, 2006). Currently, only an 890-meter stretch of the cave is open to the public, with the rest reserved for research. The stalactites grow as fast as one millimeter in three years due to the subtropical climate of Okinawa that generates large amounts of rain. Microorganisms in the soil emit more carbon dioxide because they are more active in warm regions. Rainwater then takes in the carbon dioxide and becomes slightly acidic, dissolving the limestone.