An Open Living Space That Coexists with Nature

It can be said that the traditional houses of Okinawa, which have been common dwellings since long ago, were built while taking into consideration “coexistence with nature” and “harmony between indoor and outdoor spaces.” Generally, traditional Okinawan houses are surrounded by stone walls made from coral and limestone, which serve to withstand typhoons. The houses also feature red roof tiles that have been securely attached with plaster to keep them from flying off during typhoons. There are no doors on the gates that lead to the houses; instead, a type of partition known as a hinpun is built inside, passed the gate using limestone. This not only provides shade and helps protect against strong winds that occur during typhoons, but also creates a visual boundary line between the outside (the community) and the inside (the home). One of the features of Okinawan houses is the large space that expands upon entering the premises, observed when walking around the hinpun. 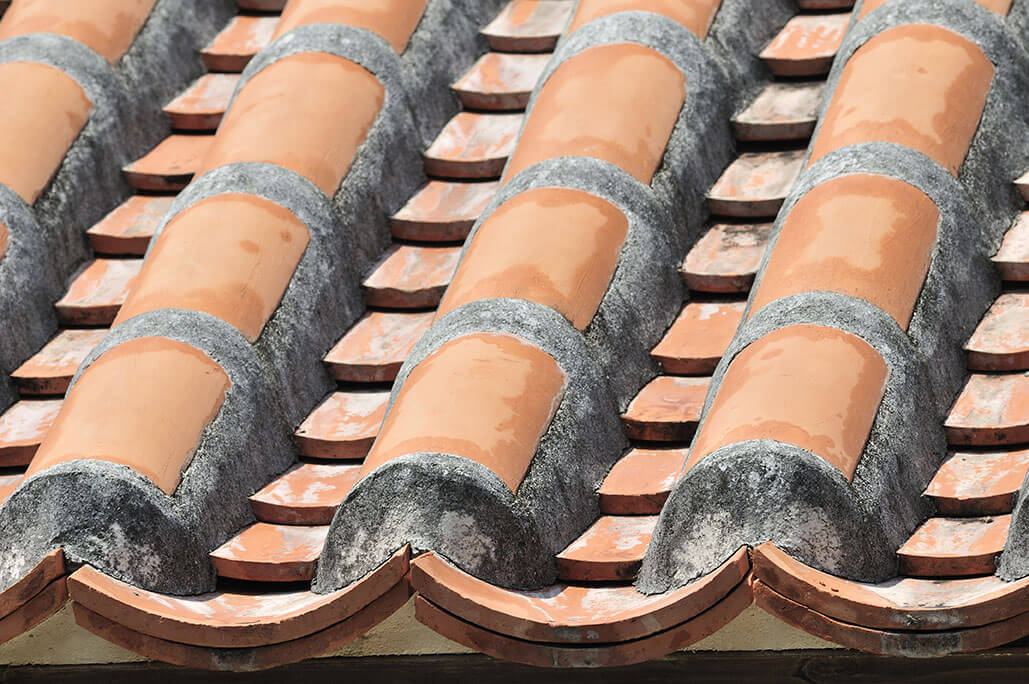 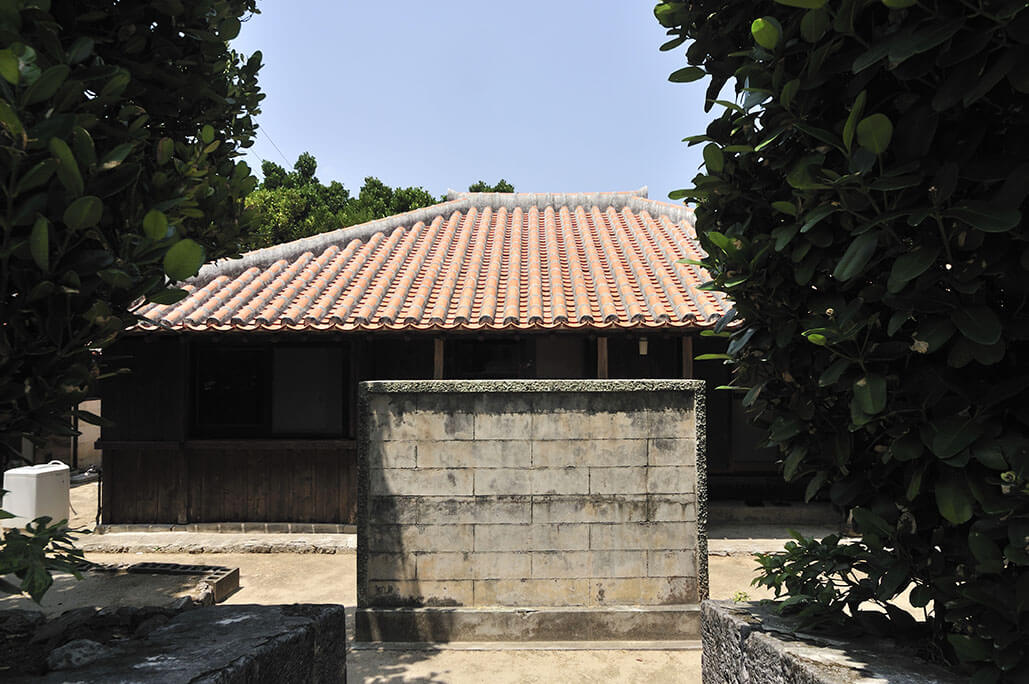 The main building (ufuya) itself does not have an entranceway, but instead a type of outdoor corridor which is generally used for entering and exiting. Because the corridor faces what are considered to be the main rooms, both the owners of the house and their guests can access each room of the house from the courtyard (naa). There are also eaves known as amahaji, which hang outward over the edges of the main building. These prevent direct sunlight and rain, quite common of the subtropical climate, from directly entering the house, and are useful in taking shelter from the weather. One may conclude the characteristics and charm of the traditional Okinawan house to be in its architecture, designed to coexist with the harsh nature as well as its tranquil circulation and living spaces that remove the sense of boundaries or partitions. 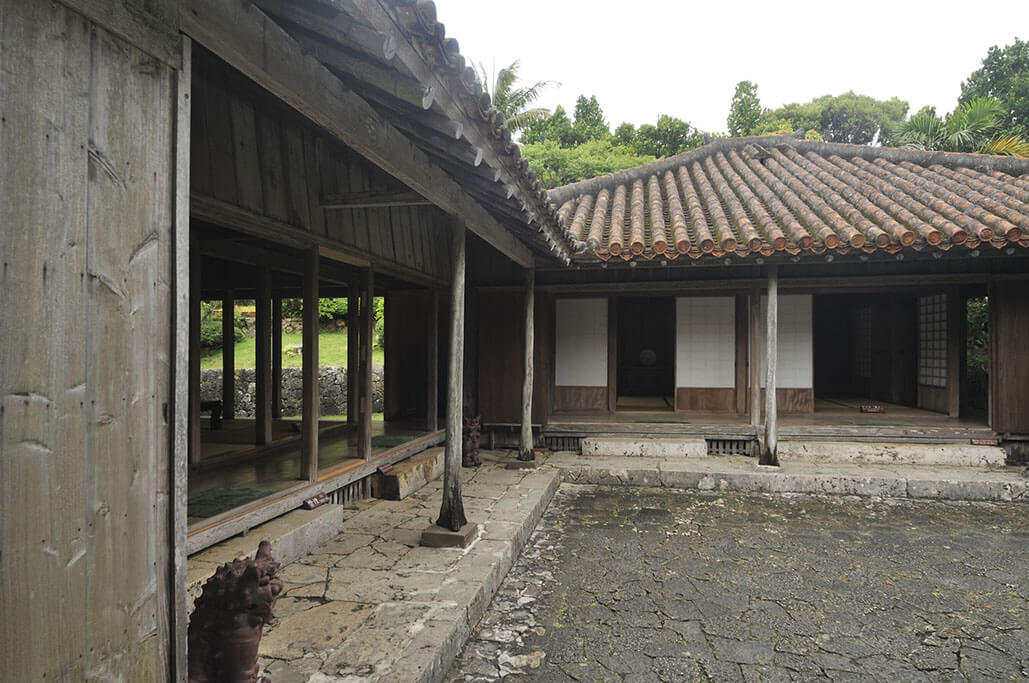 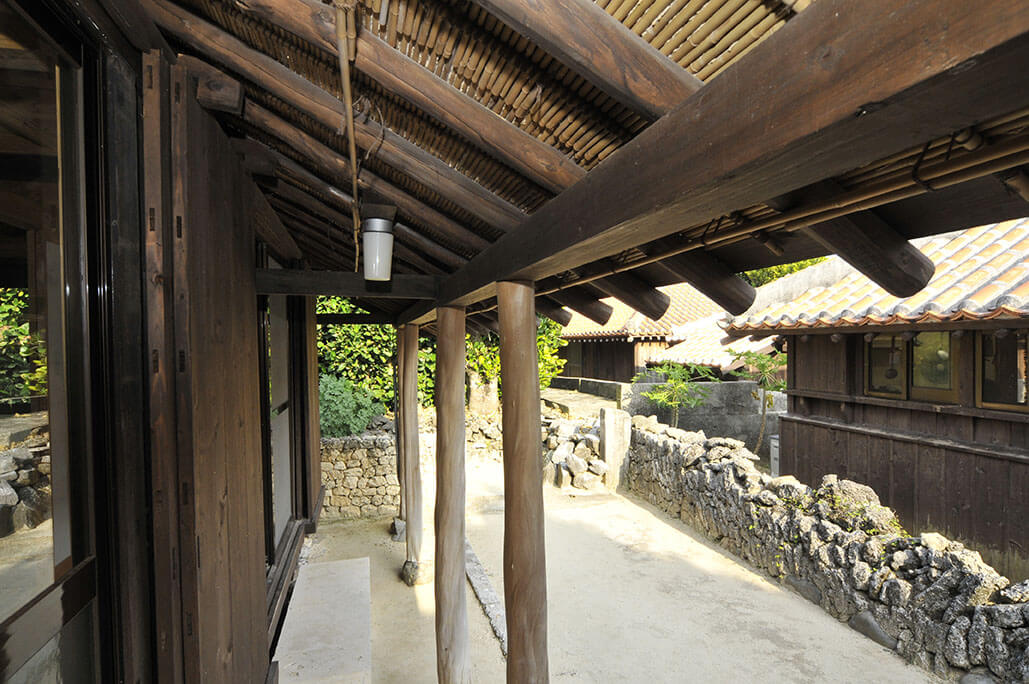 Distinctive Floor Plan and Spaces Within the Dwelling 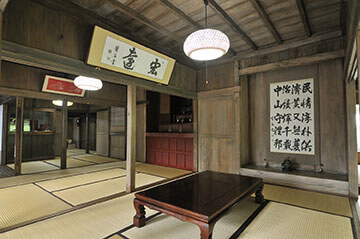 A reception room at the right end as seen from the outdoor corridor. 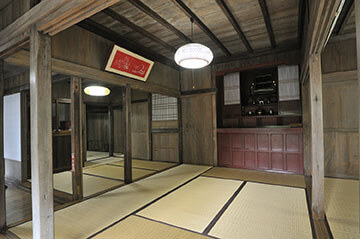 A family altar room at the front of the outdoor corridor housing a totome (altar). 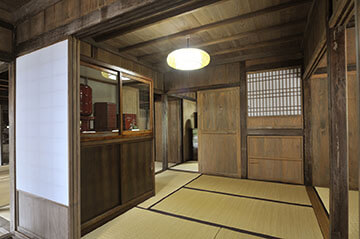 A room similar to a present-day living room. 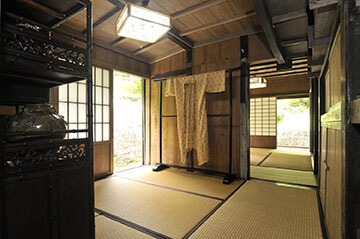 A Space at the back of each main room was often used as the bedroom or for storage. 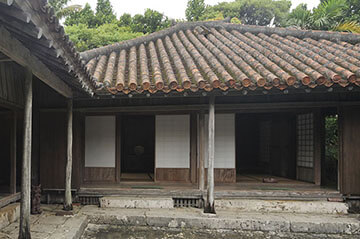 Larger estates had a separate room known as the ashagi detached from the main building, that was available for lodging. 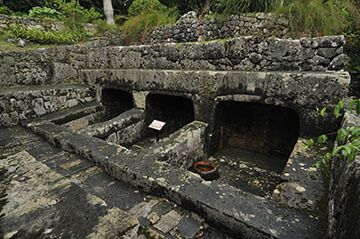 The furu was once used as a place for raising pigs as well as the lavatory.

A Tour of a Traditional House

The Nakamura Family Residence, believed to have been built in the mid-18th century, has been designated as an important cultural property of Japan and plays an important role in portraying the architecture of traditional Okinawan houses. During the Ryukyu Kingdom, land was divided into areas called magiri, which were modern-day villages. This large estate belonged to a family that served an administrative duty during this time, and it is notable for its combination of styles that were used for both samurai and farm houses. The property covers more than 1,500m² and is centered around the main building, known as the ufuya, and a second building known as the ashagi, which would have been used for lodging by government officials. There is also an impressive barn for livestock known as a nenuya as well as a takakura for grain storage, which are characteristics of a farming household. 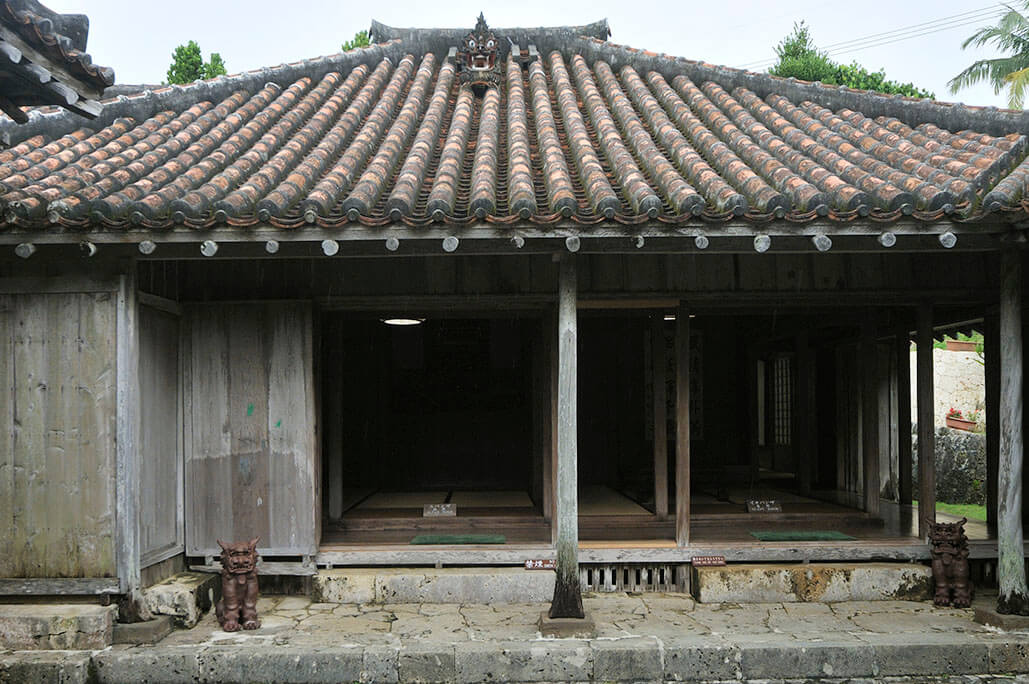 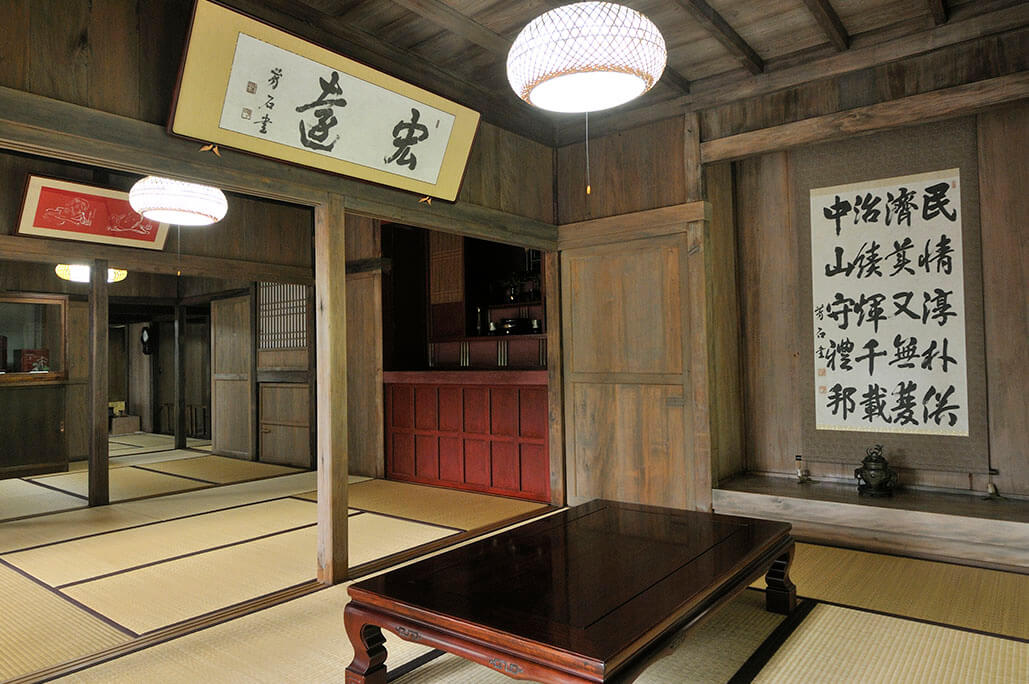 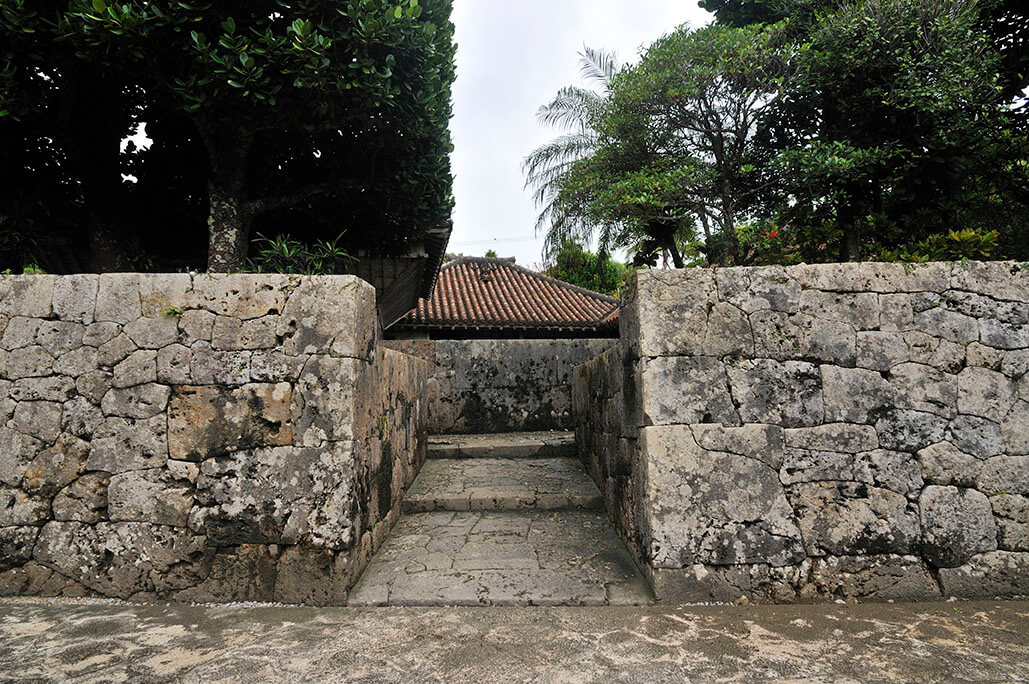 The floor plan of the main building, which is the center of everyday life, follows the style of a traditional Okinawan house, which begins in order with the first room (reception room), the second room (family altar room), and the third room (living room). There are also spaces behind each of these rooms which serve as bedrooms, making the main house quite spacious. The old kitchen, known as the tungwa, has also been reproduced in a way that is easily recognized. 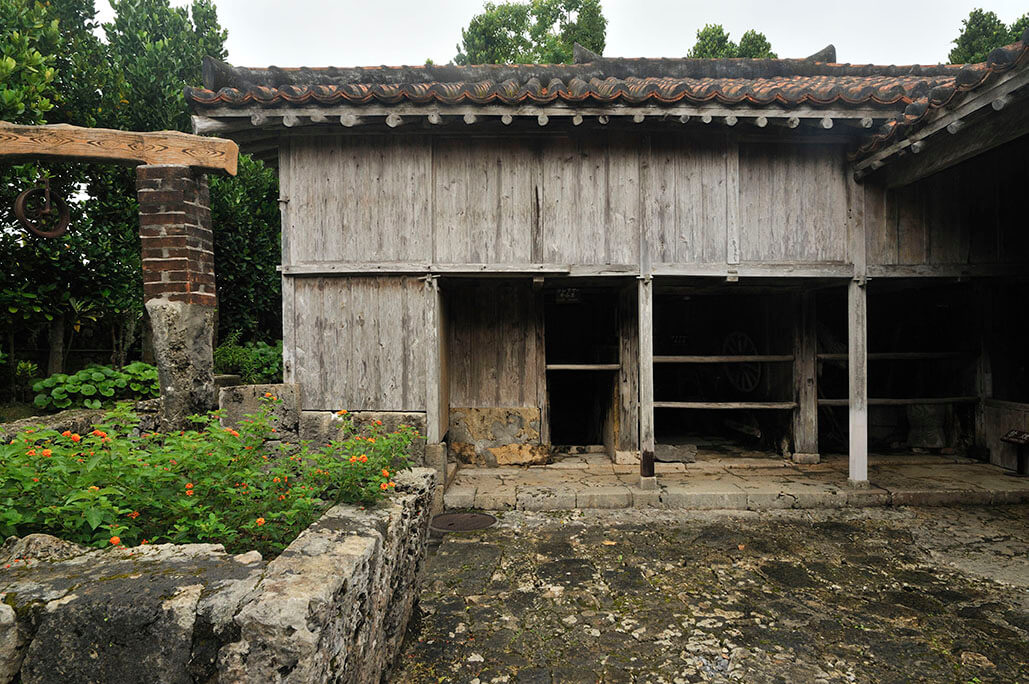 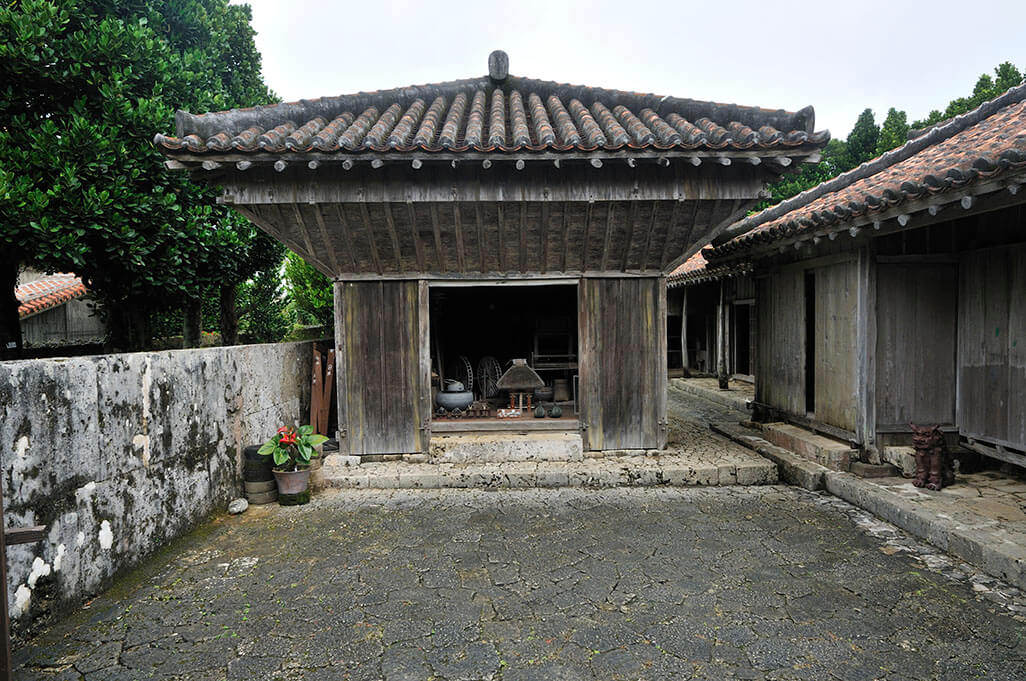 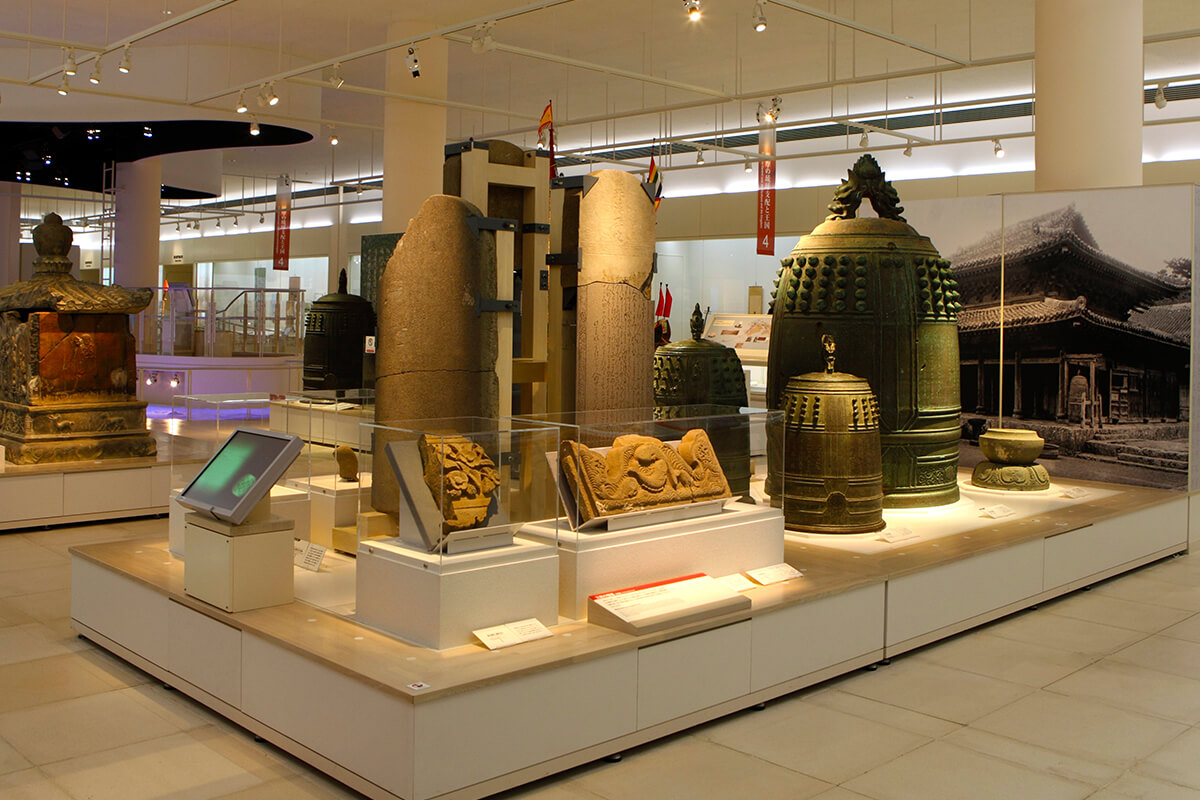 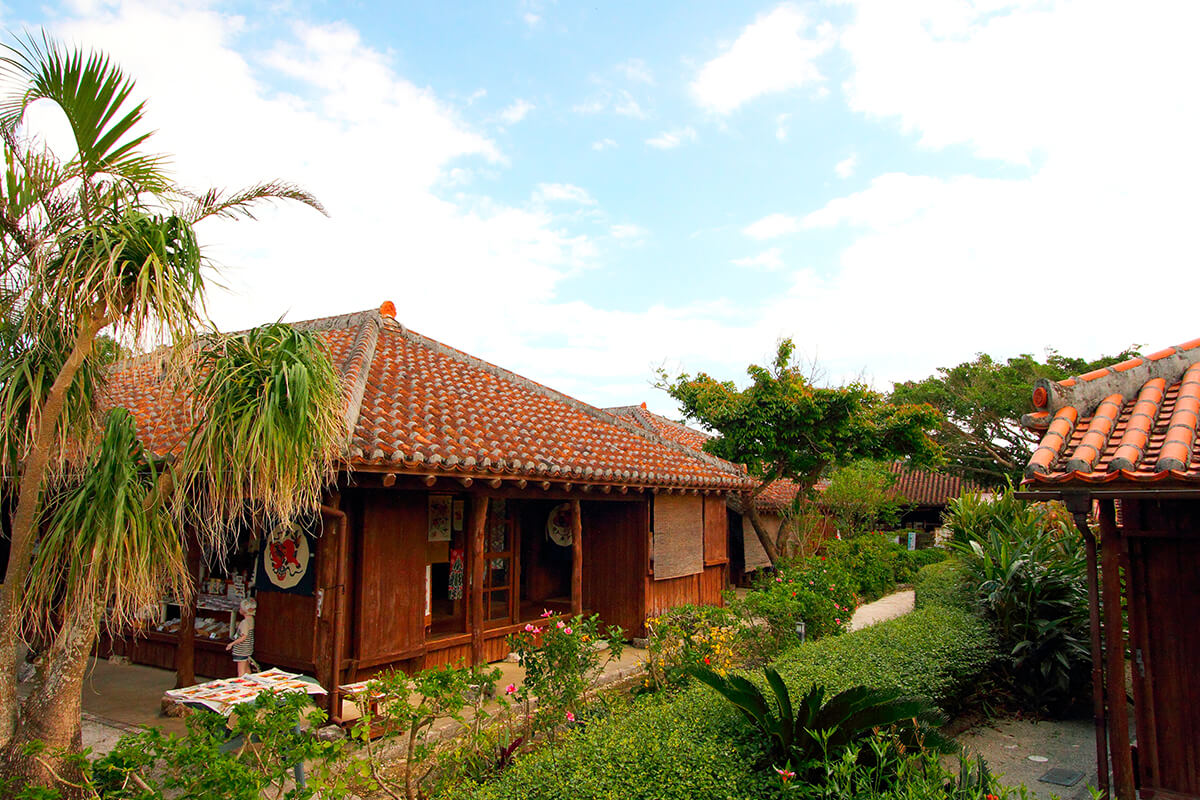 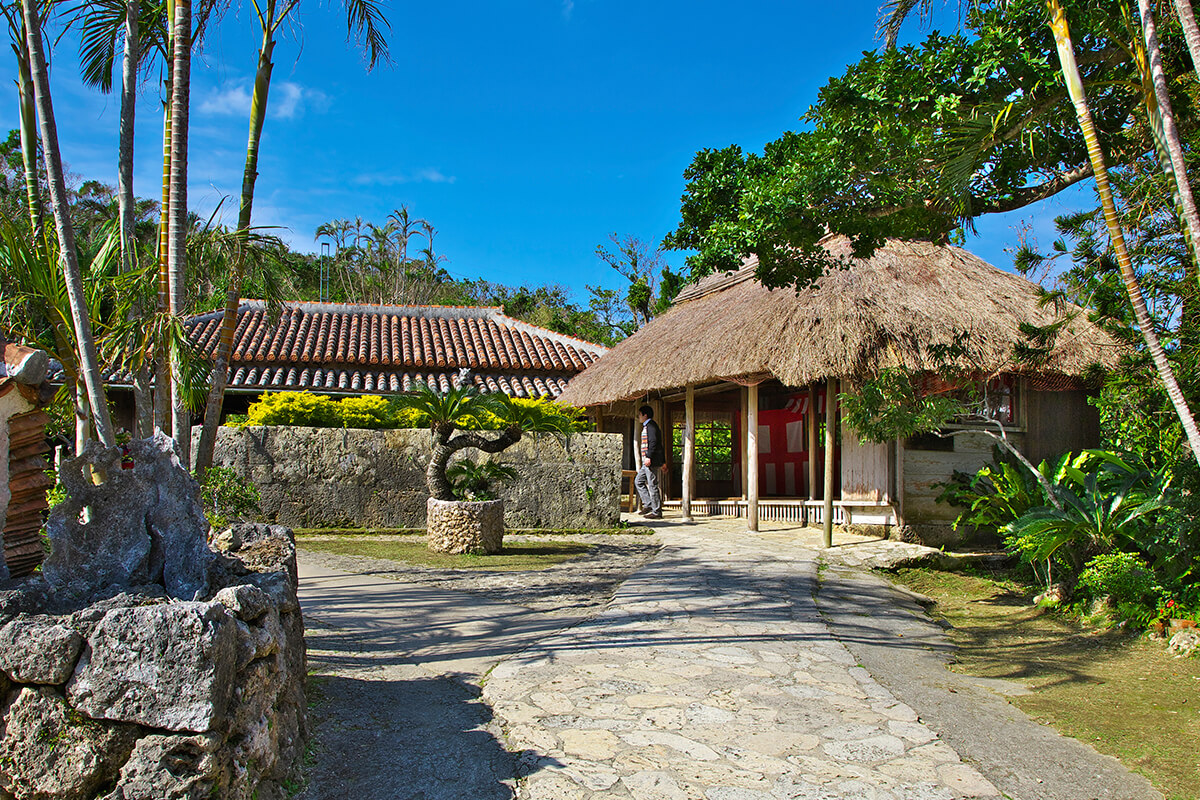