The Castle Which Symbolizes the Glory of the Ryukyu Kingdom

Shurijo Castle became the kings’ castle after the unification of the Ryukyu Kingdom, and served as the center of politics, diplomacy, and culture during the Ryukyu Kingdom era. Shurijo Castle is divided into 3 areas:  the ritual area, which is centered around Kyo-no-uchi; a private area for the royal family called Ouchibara; and the government area with tall buildings around Una. Both Japanese and Chinese construction techniques were applied to the deep red-colored Seiden (main hall) at Una, and this is the largest wooden building in Okinawa at this moment.

*Unfortunately, restored parts of Shurijo Castle were severely damaged by a fire in October 2019, destroying seven iconic buildings. Although it will take time, the Shurijo Castle will once again be restored to its former glory, and all Okinawans look forward to this day. 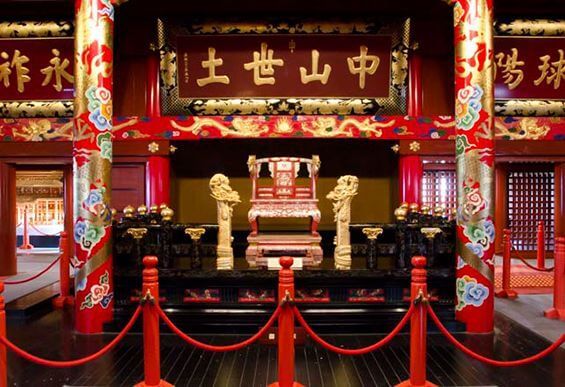 Shurijo Castle burned down for the first time only 24 years after the Ryukyu Kingdom was unified. After Sho Hashi, who accomplished the unification of kingdom died, a short‐term administration continued in his absence. To compete for the throne to be the 6th king of the kingdom, a nephew and an uncle fought against each other. This succession conflict is called “Shiro Furi no Ran.” Shurijo Castle was burned down during the conflict, and both Shiro and Furi died. As a result, Sho Taikyu, the 7th son of Sho Hashi, became the 6th king and started rebuilding Shurijo Castle.

Was the New Seiden Registered as a World Heritage Site? 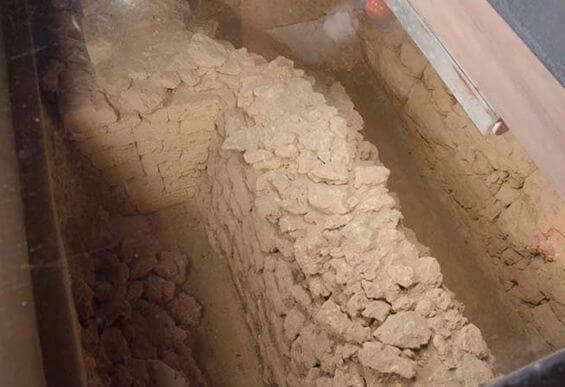 Shurijo Castle was burned down 3 times during the Ryukyu Kingdom Era, and was heavily damaged after the Abolition of the Han System and Establishment of the Prefecture System, when the Ryukyu Kingdom became the prefecture of Okinawa. The castle was entirely burned down again during World War Ⅱ. The current castle was restored in 1992. You might be wondering why such a newly built castle could be registered as a World Heritage Site. In fact, what was actually registered was the remaining portions, primarily the ruins, as they have not been restored. The restoration work is still ongoing. A portion of “Ouchibara,” a private area for the royal families, has been open to the public as a relaxation space since January 24th, 2014. 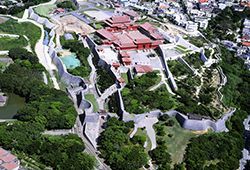 The problem faced when restoring Shurijo Castle was how to restore it authentically to the state it existed during the Ryukyu Kingdom era. Unfortunately, all resources including photos and drawings of the castle were burned during the war. The current castle was restored based on the drawings and photos of Seiden in 1768. A survey undertaken by locals familiar with the castle before the war was also an important reference.

Ukeejo
Every day when open
Ukeejo-shiki is the ceremony to announce the opening of Shurijo Castle Park (paid admission zone) in the morning. It takes place at Houshinmon Gate 5 minutes before opening.

Take Route 331 from Naha Airport and drive toward the center of Naha City. Next, take Route 58 and turn right on Tomari Crossing. Go straight on Route 29 and drive toward Shuri.
*If you take “Tomigusuku – Nakachi I.C.” on Okinawa Expressway, get off at “Haebaru Kita I.C.” and take Route 329.