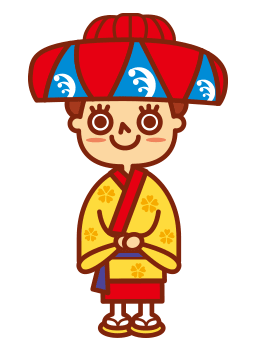 A curious, outdoor loving tomboy who is fond of Ryukyu and has a tendency to show signs of being a glutton, which is known as “Gachimaya” in Okinawa. She loves eating delicious food and going to various places, and she will show you more of Okinawa! 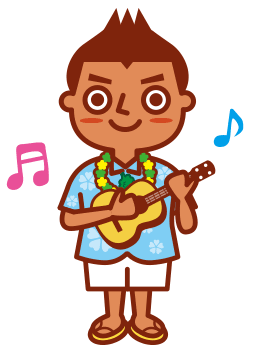 Born and raised in Hawaii, Maharo is bilingual, speaking both Japanese and English. He is also a third generation Okinawan whose grandmother was from Okinawa, and last year’s Worldwide Uchinanchu Festival was his first time visiting Okinawa. He came to love it so much that he decided to move here with the aim of becoming a bridge between Okinawa and the world. His hobbies include surfing, playing the ukulele, and practicing karate. He also has a secret crush on Mahae-chan.

From now on, Mahae-chan and Maharo-kun will be able to introduce more of Okinawa’s charms to everyone through our Website and Facebook.
We hope you are all looking forward to it! ♪