Haitai! It’s Mahae.
This time I went to see a performance of Ship of the Ryukyu, a show that uses Okinawa’s traditional performing arts and is full of charm. 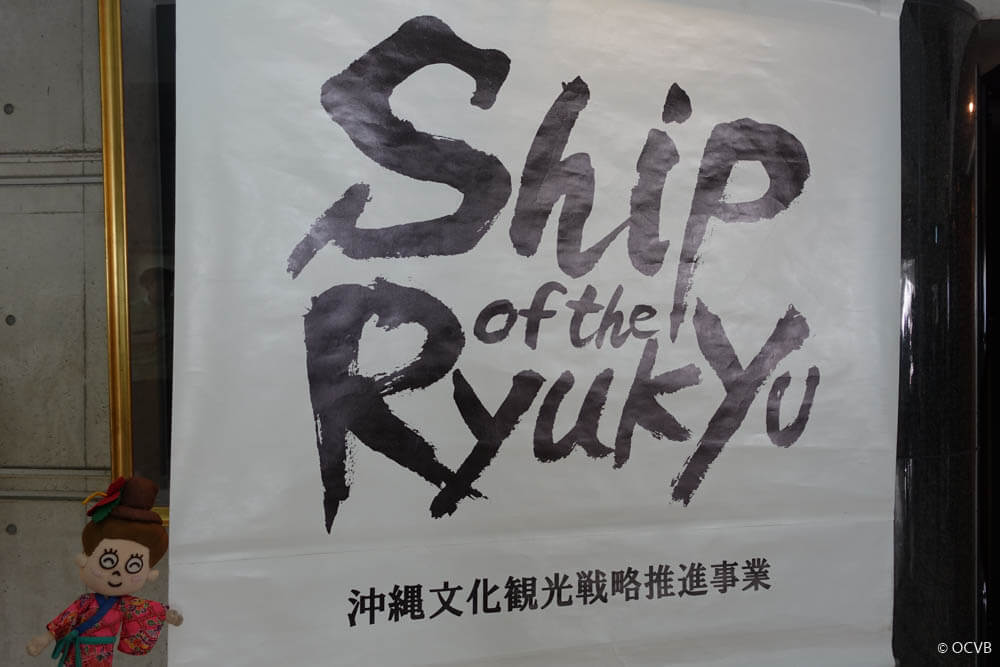 The show was given the title, Ship of the Ryukyu, as its producers want to send the Ryukyu entertainment culture that they are so proud of around the world.
This year, the following four acts will be performed at each venue, starting with EISA-SPIRIT “REQUIOS DYNASTY” on September 22nd (Friday).
Because the shows are so wonderful and should really be seen directly at the venues, this time I will only give a little bit of detail.

First up is REQUIOS DYNASTY.
Arranged and performed by the creative arts group REQUIOS, this is an original dance that is based on the local performing art of eisa. 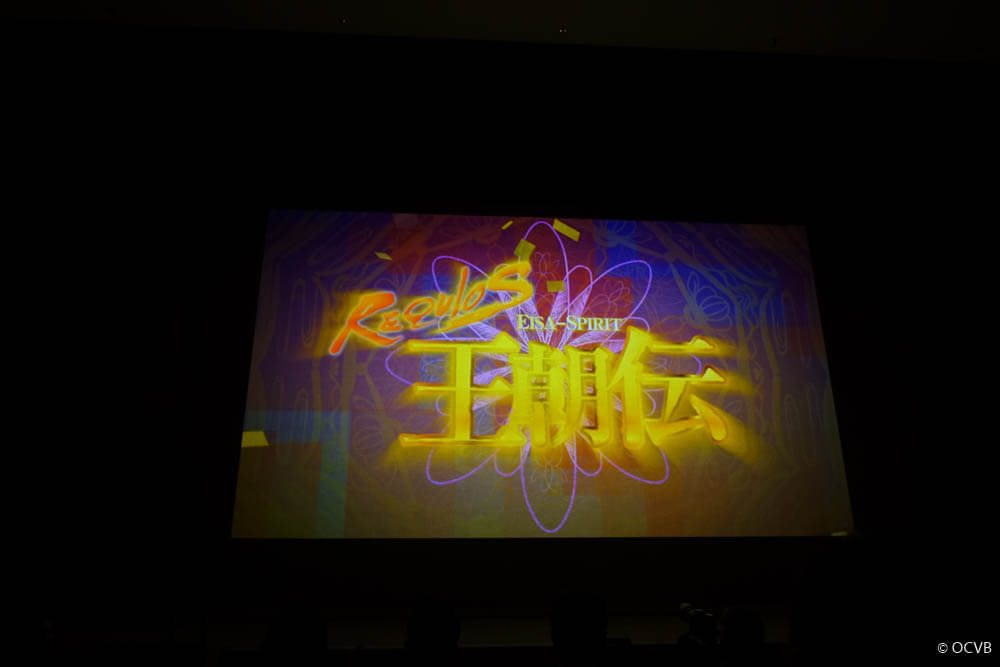 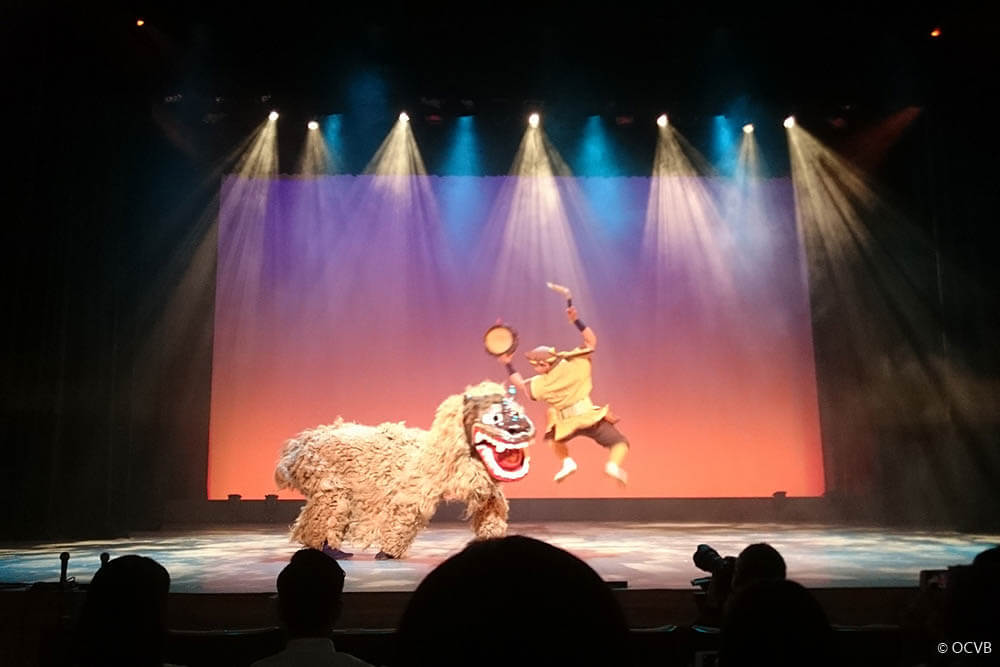 Based in the 13th century of the Ryukyu Kingdom, this show follows the story of Sho Hashi, who unified the three mountains of Okinawa and created the Ryukyu Kingdom. The strong movements of the performers as well as the fantastic sound of drumming, which resonates in the soul, were all very impressive. 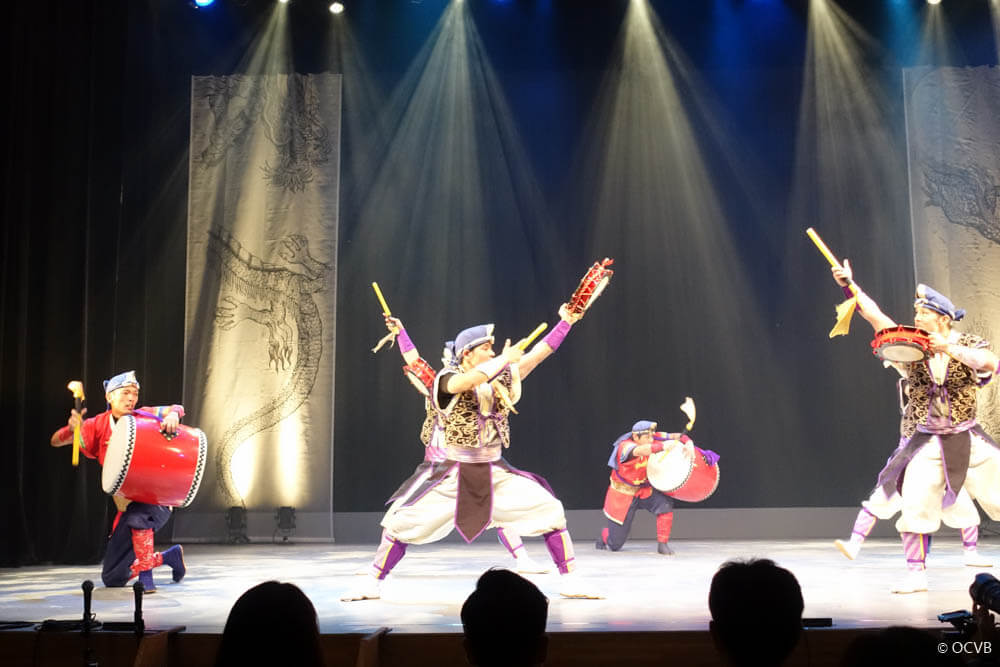 Next is “Run ♪ Run ♪ Balloon ♪ Ryukyu dance.”
Using brightly colored balloons to create the impression of being underwater, an authentic Ryukyu dance is performed on a cute and colorful stage. 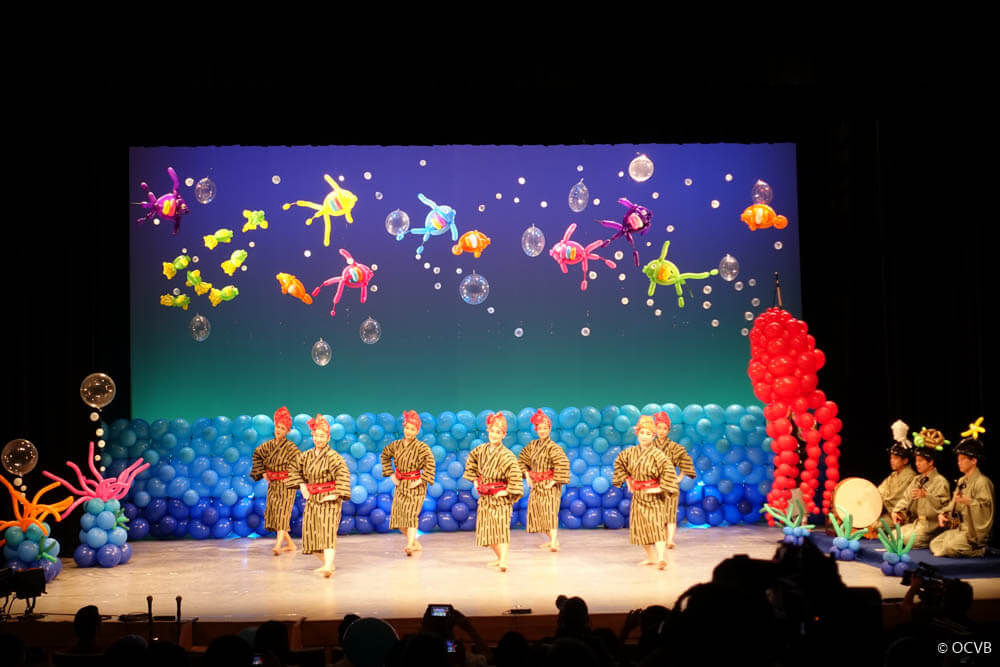 There was also a chance for some of the audience to take part using balloons distributed at the entrance. 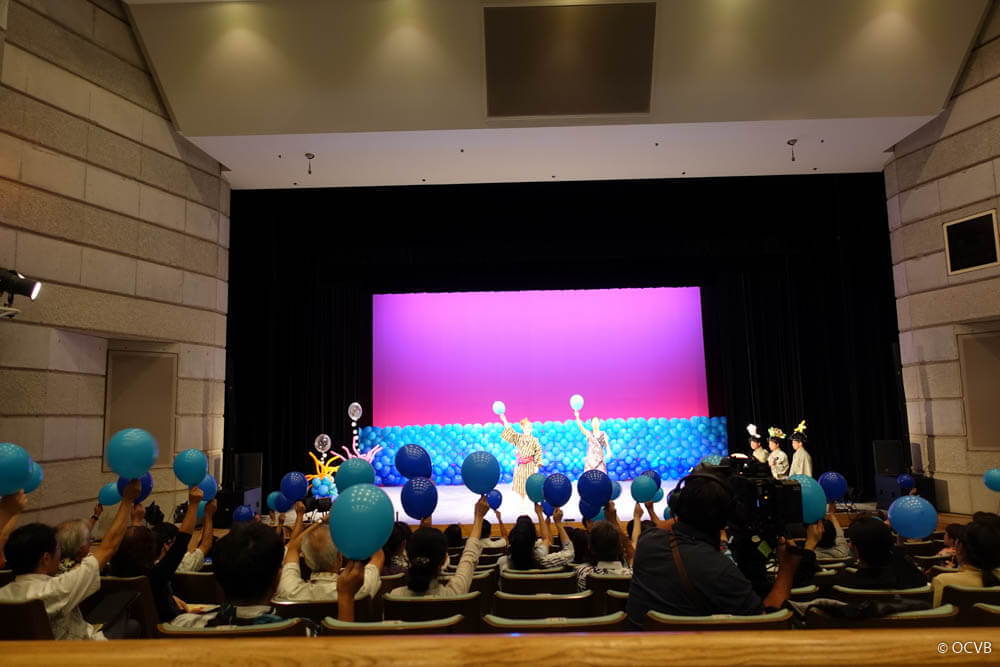 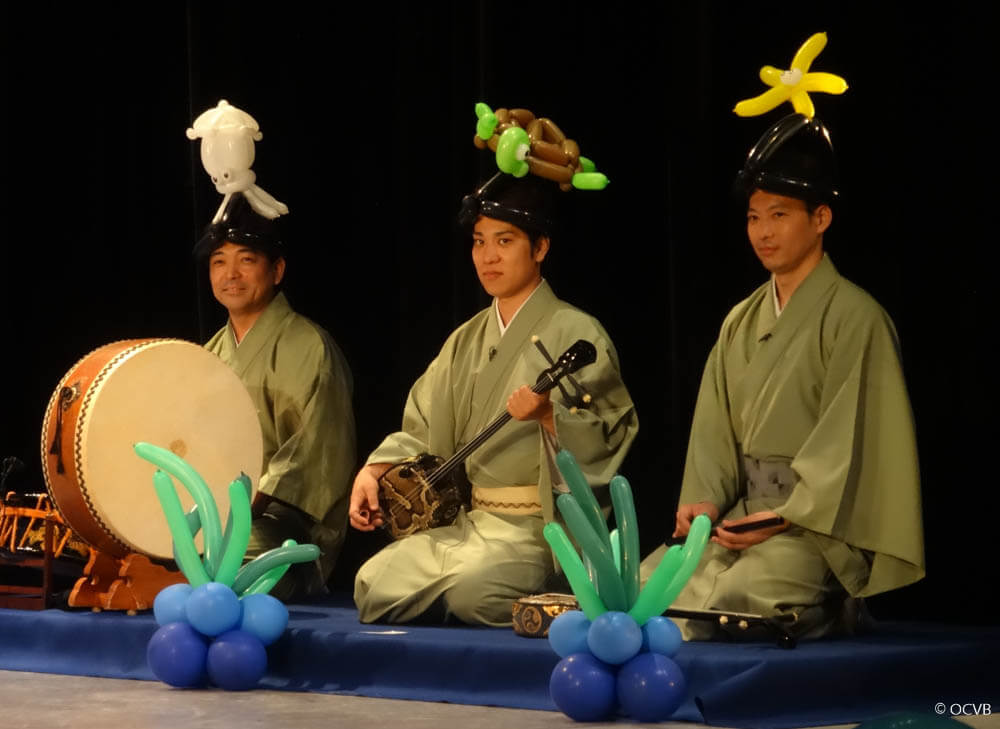 The third show is “MITT MAN.”
A space ship has crash landed in Okinawa and the aliens aboard, known as MITT MAN, are in a big pinch! Using elements of karate and Japanese drumming, this show has been directed as a slapstick comedy. 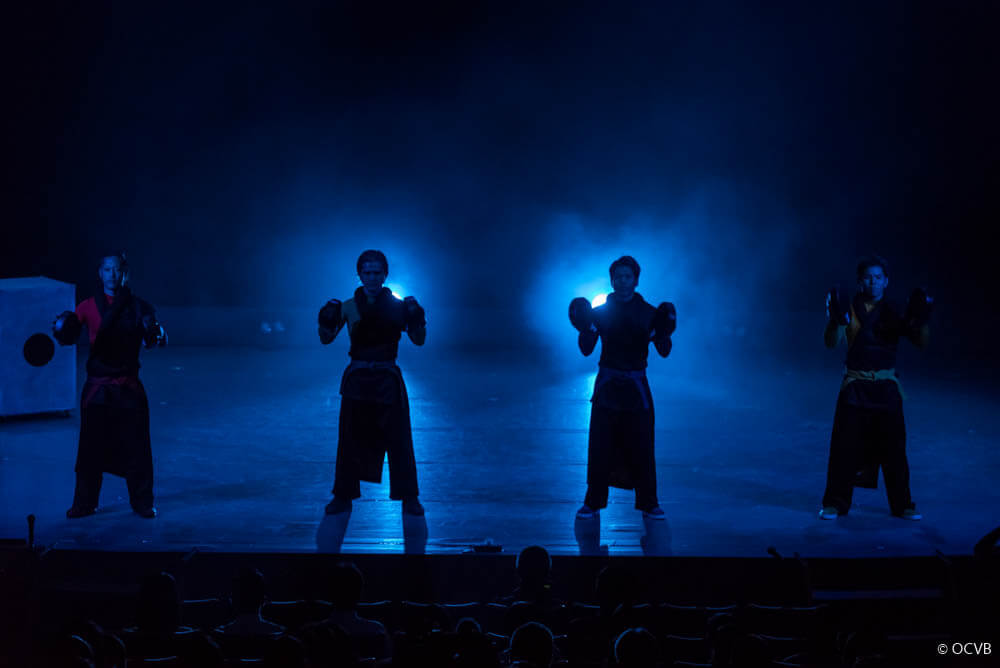 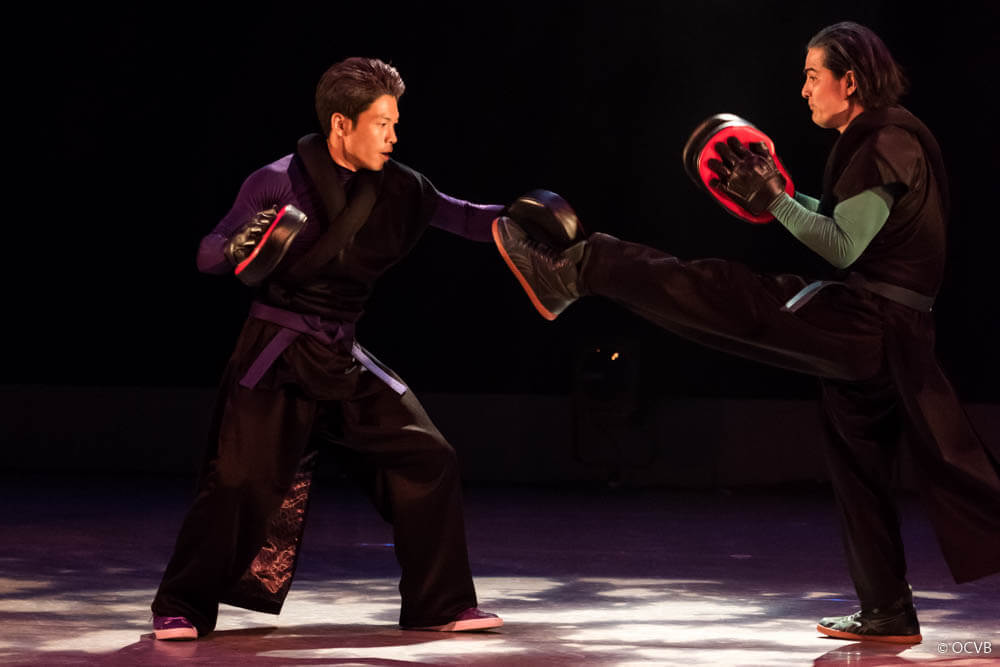 This show is a great option for children and foreigners as it can be enjoyed simply by watching the gestures.

Lastly is the Okinawan musical, “Okinawa Sansan.”
Using Okinawan music played by both sanshin and the violin, a love story of a young man and a woman unfolds on stage through singing and dancing. 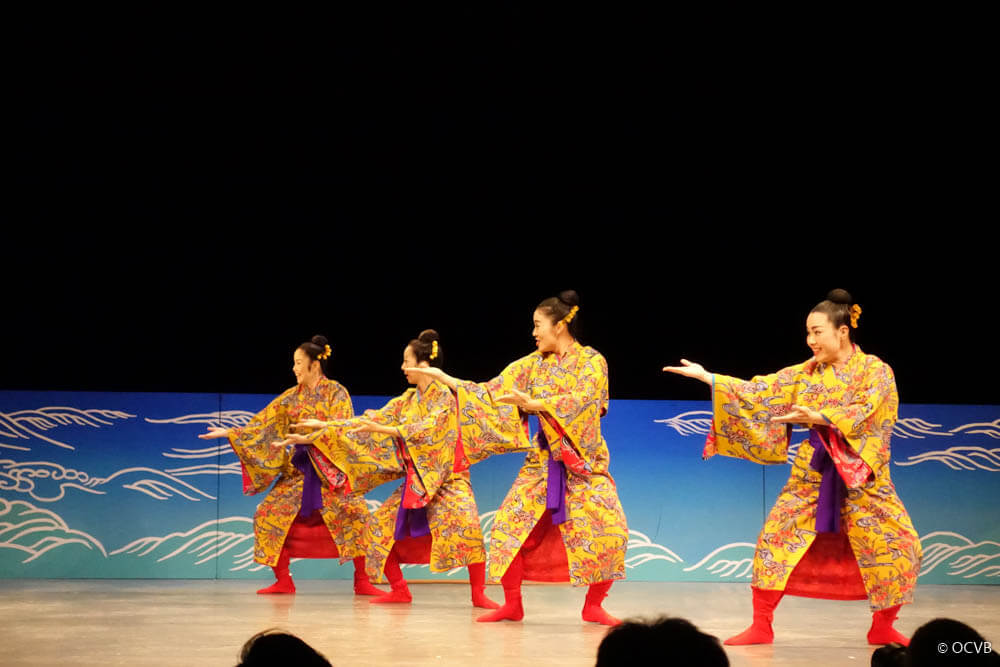 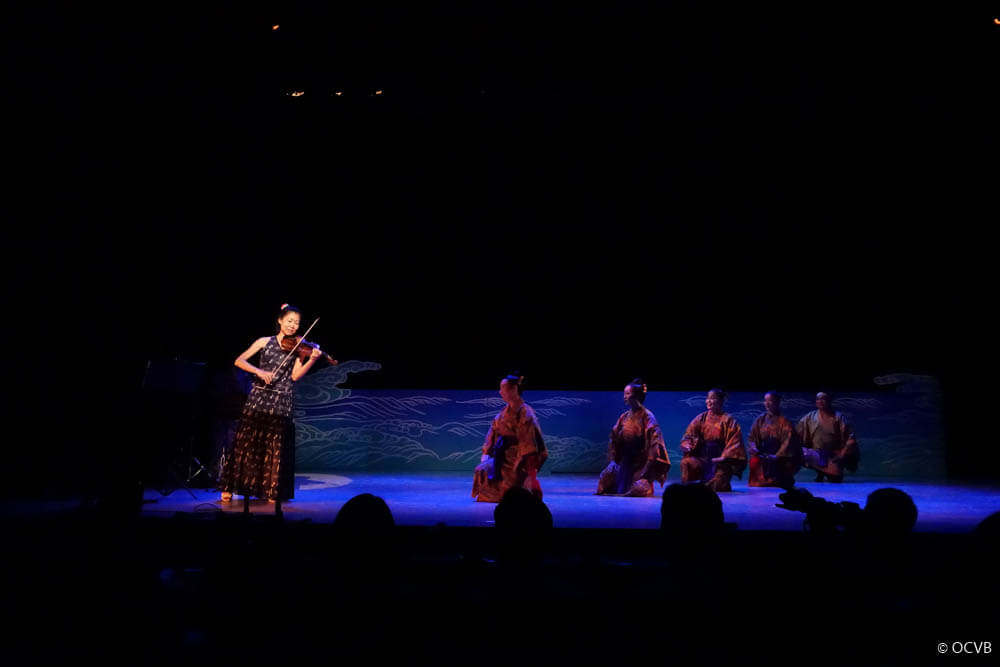 One of the highlights is the quick changes of their glamorous costumes! 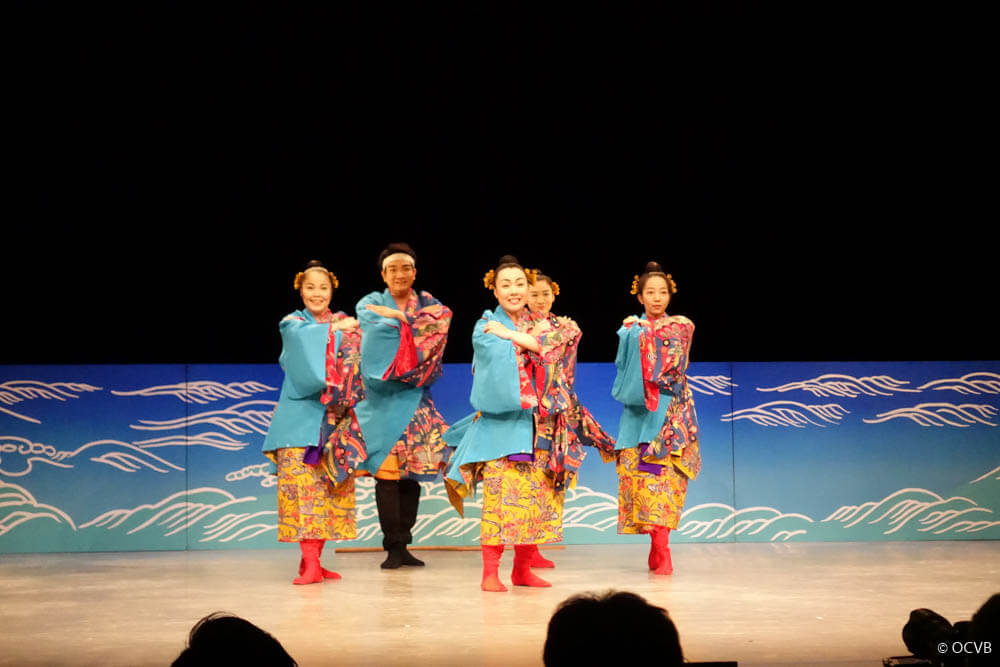 This is an energetic performance that also makes the audience feel cheerful. 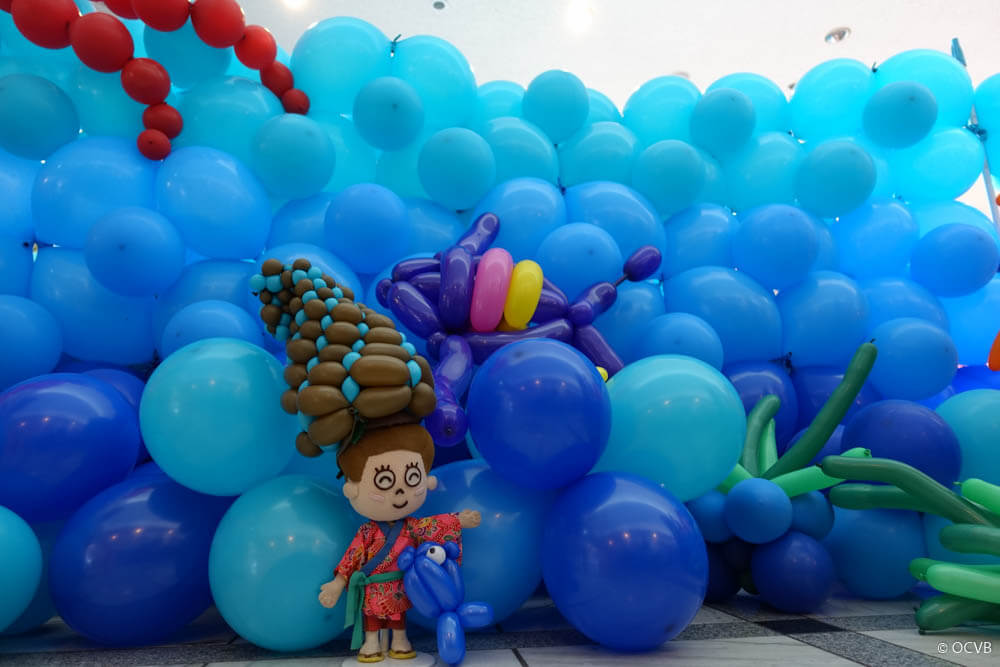 What do you think?
Each performance lasts for approximately 1 hour and allows you to see the wonderful, traditional performing arts of Okinawa at your own pace.
Please check this site for the performance you want to see, and come pay a visit! ♪

Ship of the Ryukyu

As well as the official website, tickets are available to purchase from the following locations: