Okinawa's Northernmost Island: A Heartwarming Place with an Original Landscape

Iheya Island is located approximately 80 minutes by ferry from Unten Port in Nakijin Village, in the northern area of Okinawa. It boasts the most transparent waters within Okinawa Prefecture, and a stunningly beautiful night sky. Its beauty at night is such that the island hosted Japan’s very first officially-certified night marathon, the Iheya Moonlight Marathon. Nature on the island is not the only thing that remains untouched. The heart of hospitality “Iheya Juutee” has been handed down over generations, and the warmth of the locals remains as unchanged as the original landscape of Okinawa. Fresh fish and shellfish caught off the coast, along with rice harvested twice a year, add to the appeal of the delicious island gourmet.

At any location, from the beach to the observatory, the blue gradation of the sea is beautiful on Iheya Island. There are many pieces of coral and seashells on the sandy beach. There are beach rocks, unique rocks formed by the hardening of lime, and other rocks both large and small up and down the coastline, a sight that one will never tire of. In addition, you can see other unusual terrain, including the “Fukiage Sakyu,” where sand blown up from the sea accumulates on the slope of the mountain, and a sandspit named “Sashi,” where sea sand has been carried and deposited by coastal flow. 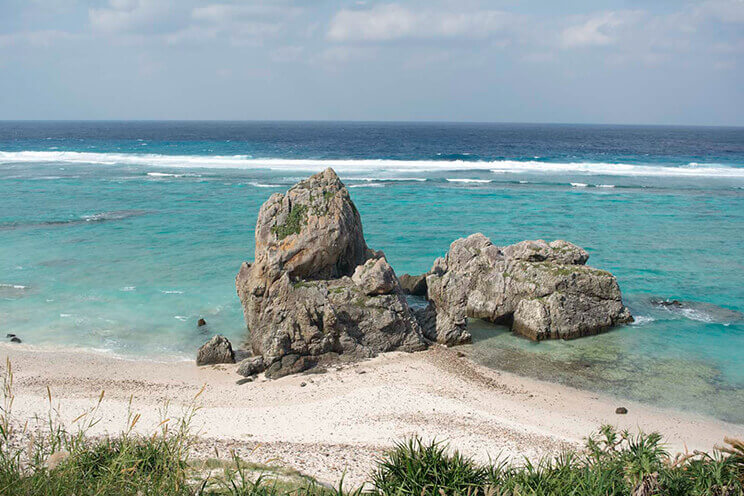 A Luxurious Beach to Enjoy Both Sunrise and Sunset

To the south of Iheya Island, before crossing over to Noho Island, there is Yonezaki Beach. Your feet will sink into the soft white sand as you walk along the beach. The sea is shallow off the shore and emanates the emerald green shine, captivating you with its intense beauty. You can see both the sunrise and the sunset on both sides of the beach, which is thinly extended to the south end of the island. It is possible to stay at the nearby campground and enjoy the quiet beach as it basks in the colors of the sun. 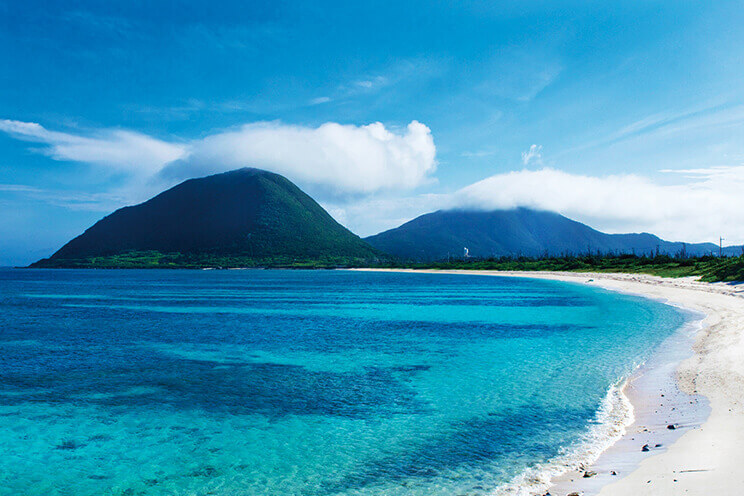 A Sacred Place where the Legend of Amano-Iwato Still Lingers

Among the many sites found throughout Japan, Kumaya Cave of Iheya Island is said to be the southernmost place related the legend of Amano-Iwato. A nationally recognized scholar of the Edo Period, Teikan Fujii is said to have identified this cave, and researchers still visit to this day. Located to the north of the island, the cave is formed of quartzite (chert) rather than limestone, and has been designated as a Natural Monument of Okinawa Prefecture.There is a gap at the entrance where people can pass through, revealing a surprisingly spacious cave beyond.The sanctuary in the rear of the cave carries a mysterious atmosphere that seems to separate it from the outside world. 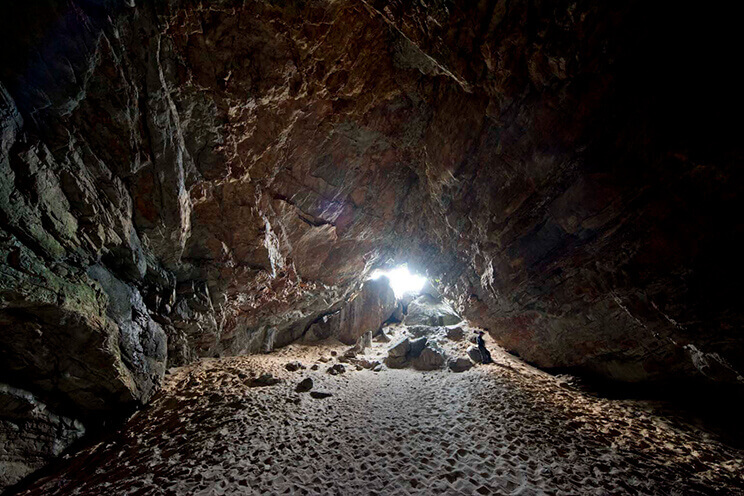