Approximately 360 kilometers to the east of the main island of Okinawa lies Kita-Daito Island, one of the Ufuagari islands, deep in the Pacific Ocean where the sun rises earlier than any other place in Okinawa. While they have long been known as the Ufuagari (Daito) Islands, or the islands far to the east, by the people of the Ryukyus, the islands were uninhabited until the beginning of the Meiji era. As the first immigrants to the island were from Hachijo Island, a distinctly mixed cultural blend derived from Okinawa and Hachijo Island has emerged, and has been passed down from one generation to the next.

Dawn as Seen from the Easternmost Island of Okinawa

Kita-Daito Island, situated on the eastern end of the Okinawan archipelago, has the East End of Okinawa Monument, at which visitors can watch the sunrise earlier than any other location in Okinawa. Not a single island stands in the way of the horizon, which offers a true feeling of being in the easternmost part of Okinawa. If you make it to the location before dawn, you will get an impressive panoramic view of the horizon appearing as it divides night and day while the sky gradually becomes lighter with the approaching dawn. 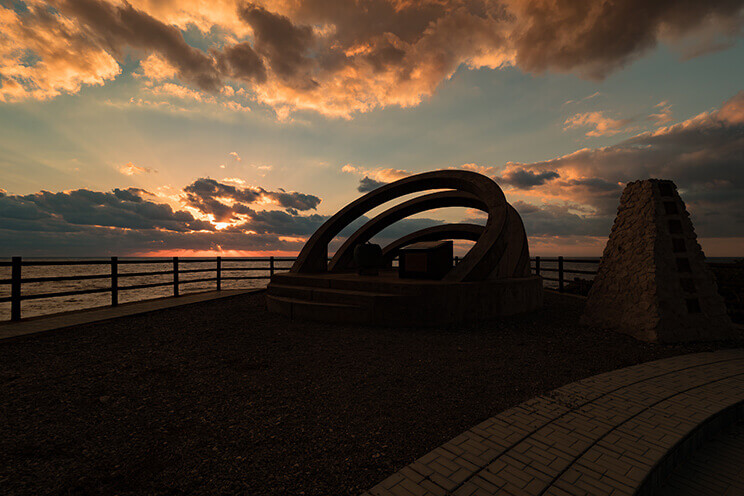 Kita-Daito Island, surrounded by cliffs, has no port to reach land by ship, so the loading and unloading of cargo is accomplished by crane. Similarly, when people land on the island or board a ship, they use a crane. A small gondola with a capacity of 12 people goes up and down a height of approximately 10 meters from the surface of the sea, and the ship passengers can enjoy a thrilling aerial walk on the crane as it sways in the wind. 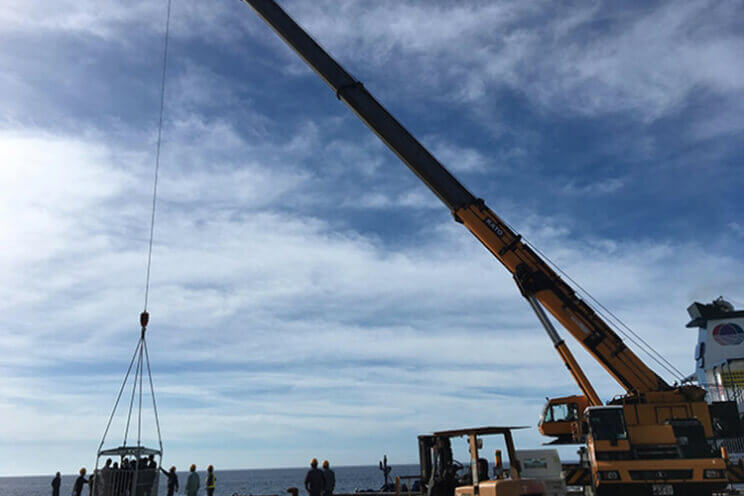 An Island Surrounded by the Deep, Beautiful Sea

The Daito Islands are said to have formed as volcanic islands approximately 48 million years ago near what is today the New Guinea archipelago. Kita-Daito Island is one of the oceanic islands that appeared on the sea surface due to the subsequent uplifts of coral reef over many years, leaving it is surrounded by a wall of reef, and therefore, not a single sandy beach exists on the island. The waters surrounding the island are so deep that the color of the beautiful ocean appears endlessly blue to the point that you feel like you could get sucked in, which is surely a sight to be seen. 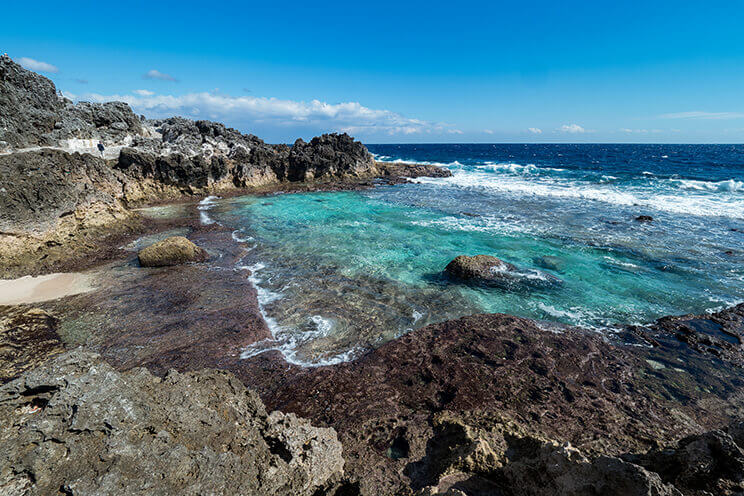