Shimoji Island is a small island within the Miyako Islands, located to the northwest of Miyako Island and running alongside the southwest side of Irabu Island. Because Miyako Island is connected to Irabu Island via the Irabu Bridge, with subsequent bridges connecting Irabu Island to Shimoji Island, it is possible to travel between the islands by car. The sea surrounding Shimoji Island has a complex bathymetry, and is referred to as a mecca for cave diving. Most of the island is occupied by Shimoji Island Airport, which was built primarily for pilot training, and the so-called “17 End” extends the northern end of the airport out into the sea, making it very popular for spectacular photo ops. At the Sawada Lagoon in the western region of the island, you can see the remnants of a traditional fishing method using the ebbs and flows of tides known as “nagaki,” which utilizes underwater stone walls.

Tooriike Pond was named for the fact that two ponds of almost identical size were found connected underwater. It has been designated by the national government as both a scenic location and natural monument for its extremely rare formations. One of the ponds connects underwater to the ocean, and divers can reach the surface of the pond by ocean, this diving spot requires advanced skill to swim through the dark underwater tunnel. Due to the difference in water depth and salt concentration, the water temperature changes drastically, and a wide variety of marine life inhabit the ponds. A number of legends have been attributed to the mysterious nature of this place. 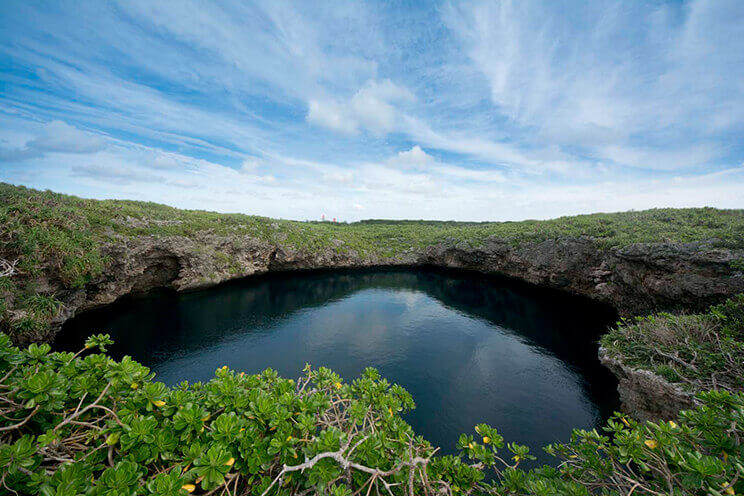 Nakanoshima Beach, known locally as Kayaffa Beach, is located on the east and west coasts of the island. The beach runs along the outer road, and is surrounded by a massive reef with a calm bay that is barely affected by the outer sea. The waves are quiet and the water is highly transparent with various types of coral and tropical fish inhabiting the area. Since it is a natural beach with no lifeguards, you will need to be careful and watch over your own safety. 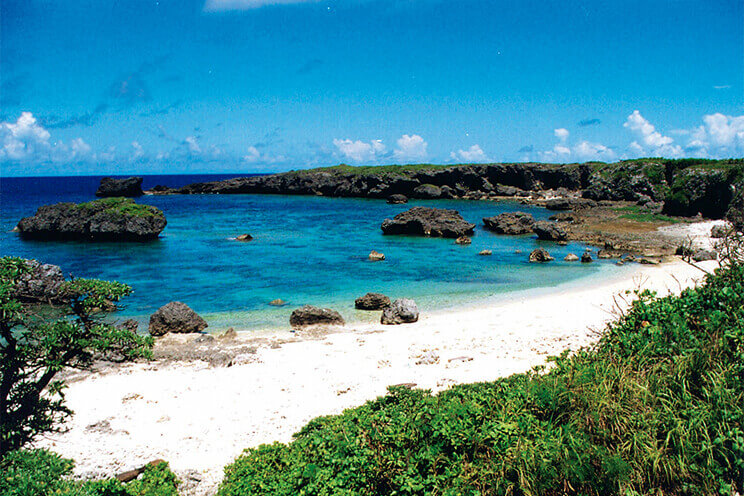 Shimoji Island is famous for its runway at Shimoji Island Airport and the pier with guiding lights extending out to sea. 17 End refers to the angle at which the runway extends, and because the runway extends over the sea, part of the runway was reclaimed, changing the flow of the drift causing sand to accumulate. The sand appears only at low tide, drawing much interest as a mystical beach. You will be taken in by the blue from the sky and sea. It is such a stunning sight that it will have you wishing you could enjoy it forever. No enhancement work has been carried out on the beach, so visitors are advised not to enter the area. 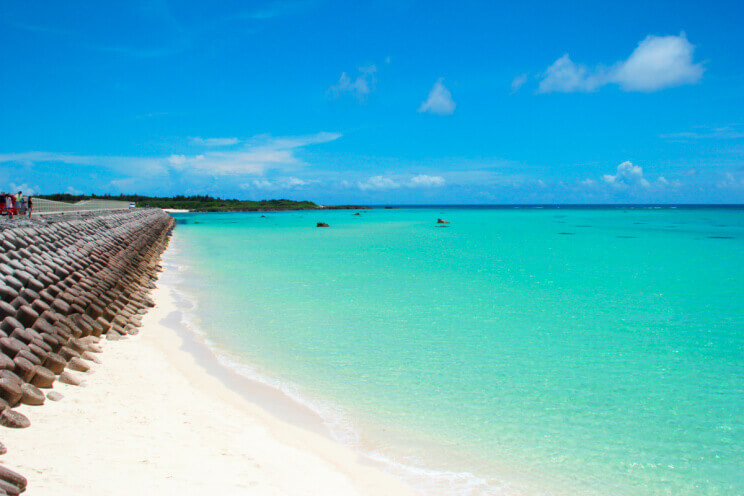