An Island Where Time Flows Slowly, Surrounded by the Beautiful Azure Sea

To the north of Iriomote Island and surrounded by azure sea lies Hatoma Island. The island has a population of about 50, and can be reached in approximately 50 minutes by ferry from the Ishigaki Port Outlying Island Terminal. The island known as the birthplace of “Hatomabushi,” one of the well-known Yaeyama folk songs that lauds the splendor of the scenery when viewed from the hills of Hatoma Forest. On the top of the hill you can visit Hibanmui, a long-standing structure now restored, and beside it the Hatoma Lighthouse which overlooks the sea full of coral reef. While the island is famous in Japan for being the location of a popular TV series, Ruri no Shima (Azure Island), and it has yet to be developed for tourism, leaving the island with an unspoiled landscape.

Located near the center of Hatoma Island are the hills of Hatoma Forest, which at approximately 34 meters above sea level are the highest point, and the island’s best scenic spot. The beauty of the view is sung in a passage of the folk song “Hatomabushi,” an iconic song of the Yaeyama Islands, and is also a scenic spot that is highly recommended to visit during your trip to Hatoma Island. 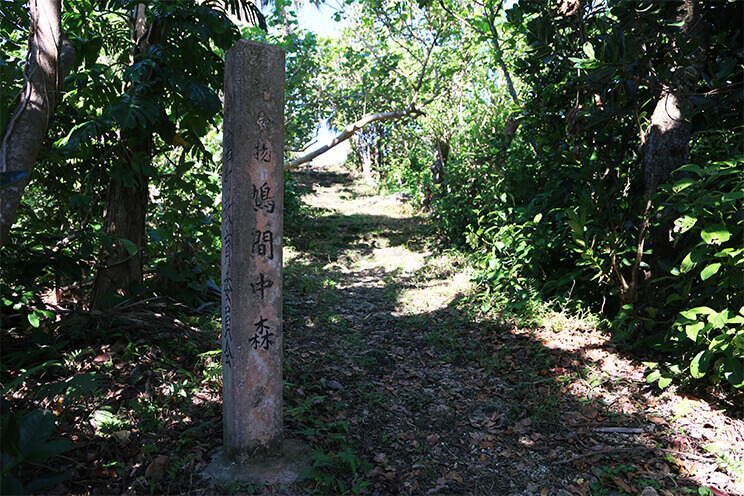 The Hatoma Island Lighthouse, a white lighthouse standing alone in the middle of Hatoma Forest is located at the highest point on the island. In the immediate vicinity of the lighthouse is the Hibanmui, a structure constructed by the royal government of the Ryukyu Kingdom as a place to light a beacon fire for the safety of vessels traveling through the area. From Hibanmui, you can see Iriomote Island across the surrounding waters while enjoying the green contrast of the kuba trees covering Hatoma Forest. 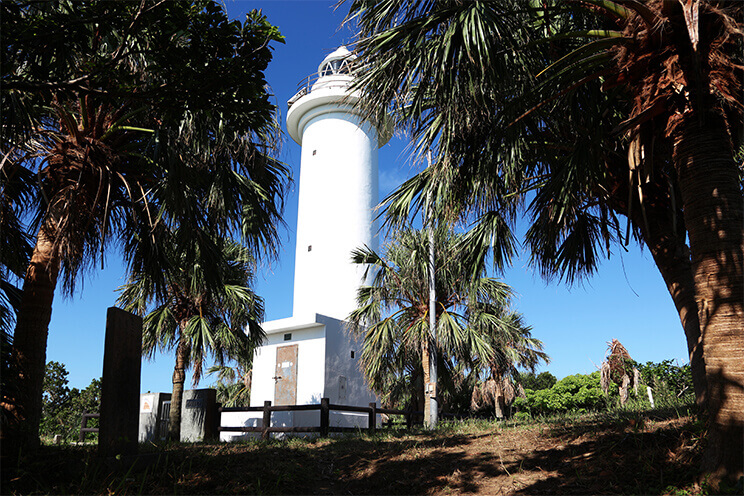 The Hatoma Island Music Festival takes place on May 3rd of each year, and many musicians and spectators visit the island from within Okinawa Prefecture and beyond. Usually, you can only hear the waves and sound of wind rustling through the trees on this quiet island, but on festival day you are surrounded by singing and the sound of sanshin echoing across the island with a sense of passion. The music festival first started in the garden of a private residence, but has now evolved into the largest event on the island, drawing crowds of visitors to the island each year. 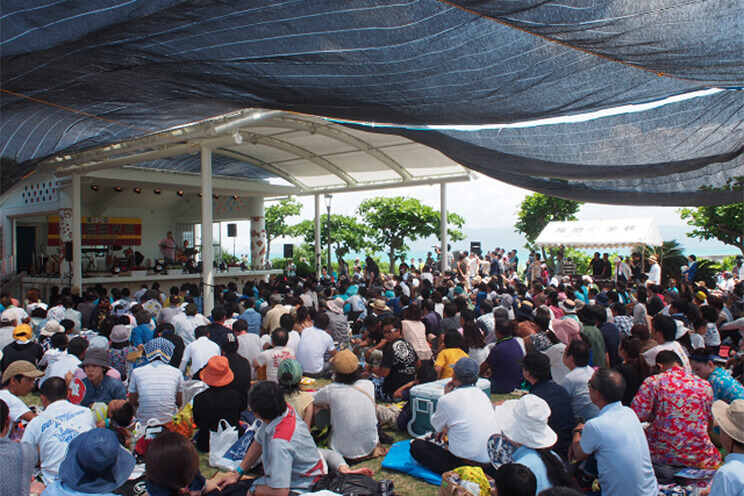