The Itoman Great Tug-of-War is an event rich in ancient rituals and traditions. It is held every year on August 15, according to the old lunisolar calendar. It is the only tug-of-war event in Okinawa held on the day of the harvest moon. The Michi-zune parade is held before the tug-of-war begins. In the meantime, many people waves flags and perform traditional performances and dances.

Check this site if you'd like to know more about the Great Tug-of-War. 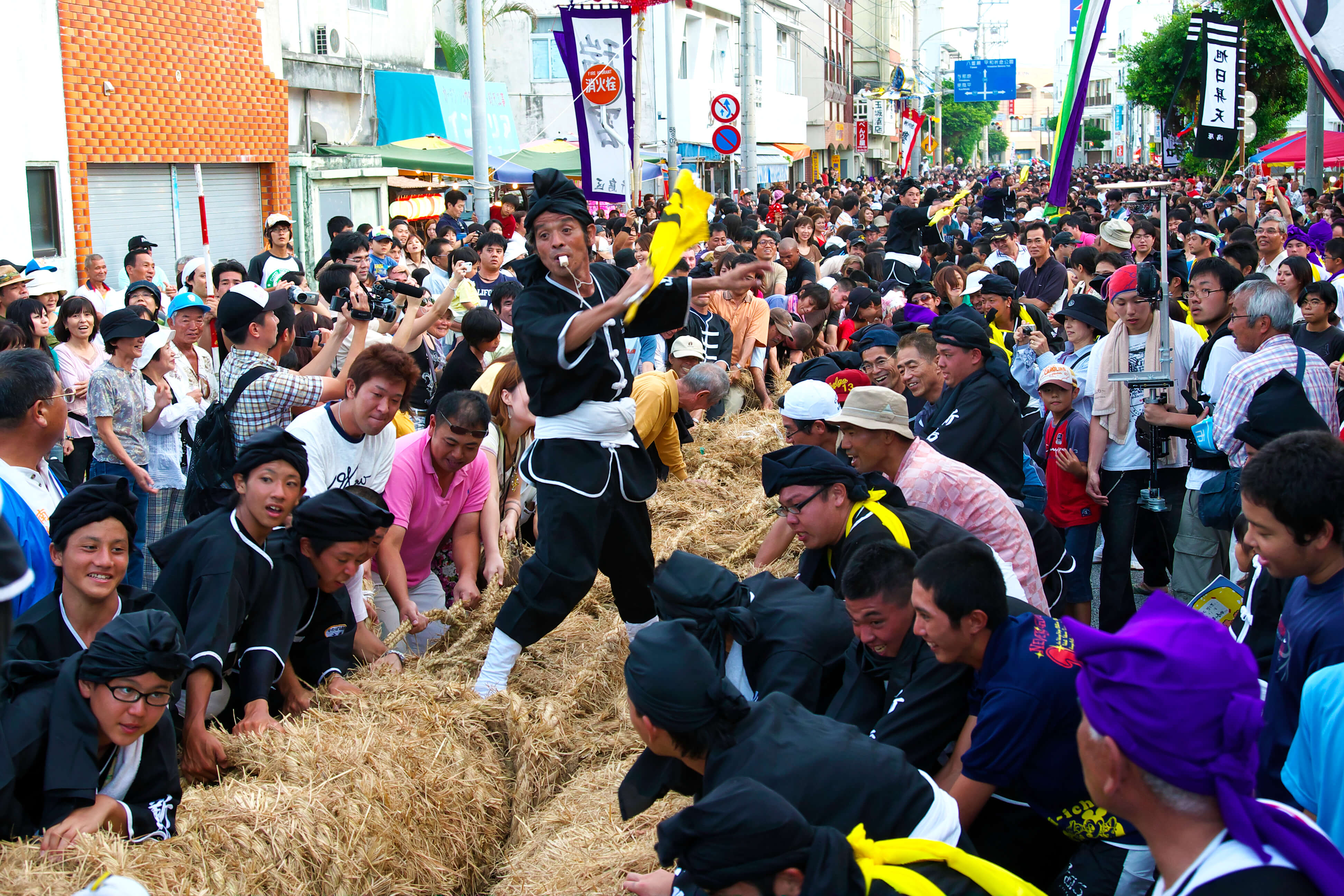