Kistugansai Festival is a traditional festival thanking the gods for having fulfilled their wishes. A traditional festival held at a sacred place on Kohama Island, this festival is designated as an important intangible folk-cultural property of Japan.
The festival’s main event takes place on the second day, and it is open to the public. Miruku god appears from the northern village and Fukurukuju comes from the southern hamlet while many kinds of performing arts, including kyogen comic theater, lion dance, stick fighting, and folk dancing, are performed on stage. 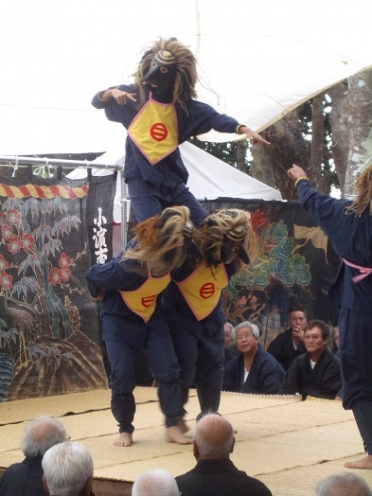