Hari (or Hare) dragon boat racing is a traditional Okinawan event held to pray for safety at sea and plentiful catches for fishermen.
The Naha Hari is one of the largest-scale Hari events held in Okinawa, with around 180,000 visitors.
During the event period, spectators can enjoy dragon boat races between local junior high school students and between working people (in which many local residents participate); the Ugwan Bari ("Prayer Hari") which is dedicated to Shinto deities, praying for a bountiful harvest; and the main Naha Hari event which takes place just after it.
In addition to just spectating, visitors to the event venue (even on the day of the event itself) can enjoy getting up close with the Hari dragon boats themselves, by participating in a Hari boat ride experience, open to members of the general public free of charge.
Various other events also take place from morning until night for several consecutive days, including musical performances, sumo wrestling contests, and fireworks displays launched from over the ocean in time with music. 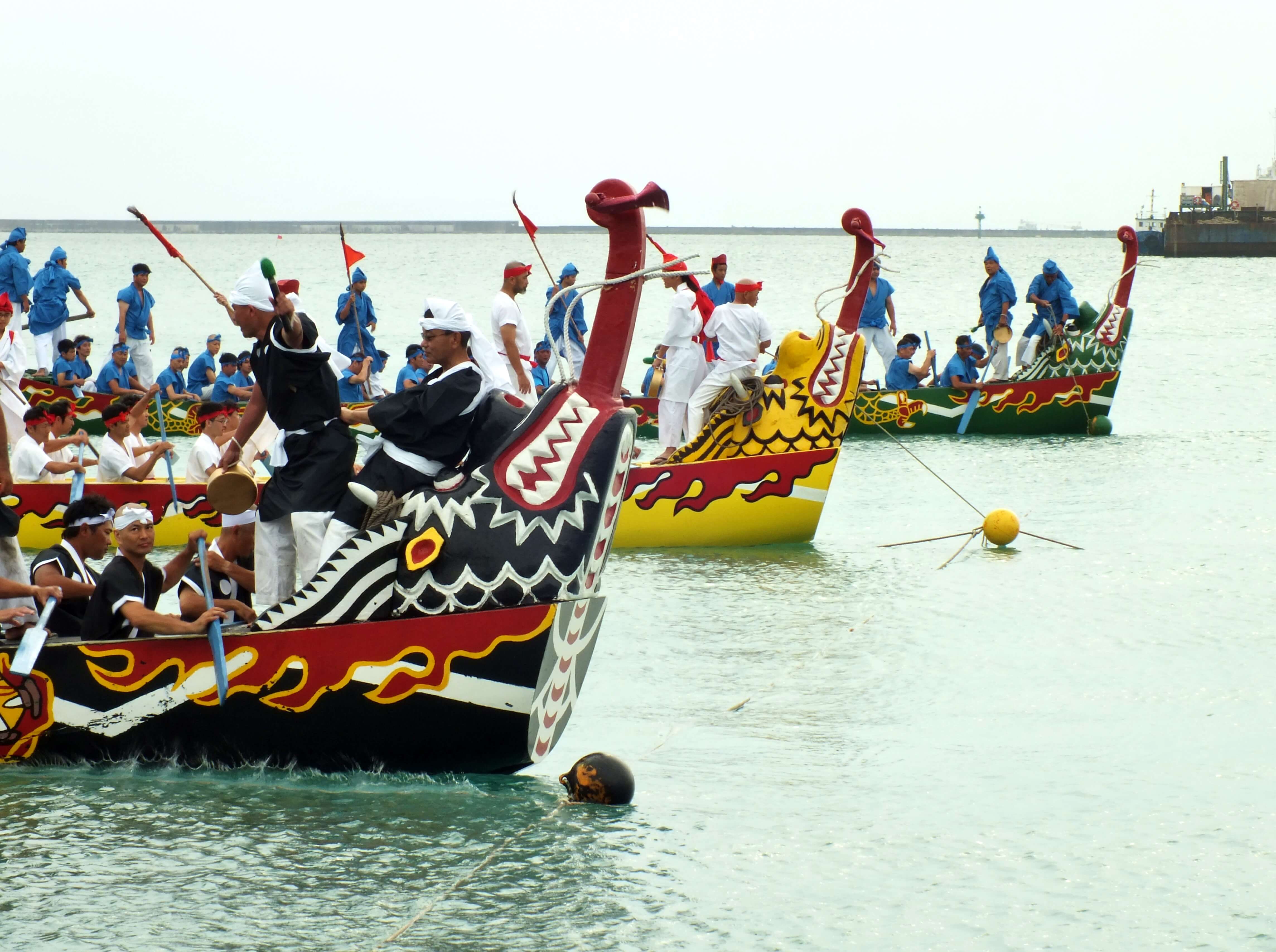