One of the three major festivals of Naha, the Shurijo Castle Festival is a highly attractive event that evokes the culture of the Ryukyu Dynasty era.
This festival highlights the Ryukyu Dynasty Emaki Gyoretsu Parade, which reproduces the gorgeous attire and other elements of the era in the form of a grand picture scroll parade. Held on Kokusai Street, this parade attracts many tourists. In addition, the Koshiki Gyoretsu, a parade in the town of Shuri, which thrived as the capital of the Ryukyu Kingdom, is also a sight to see.

Shurijo Castle Park is also the venue of the Shurijo Castle music festival, which allows visitors to enjoy the performance of numerous artists. When night falls, the park is illuminated with approx. 6,000 fantastic lights.

The Shurijo Castle Festival includes these and many other events that allow you to enjoy the culture of the Ryukyu Dynasty to its fullest, such as Mai-he-no Sasoi Tokubetsu Koen, or the special performance of a gorgeous Ryukyu Dance that was fostered in Shurijo Castle. 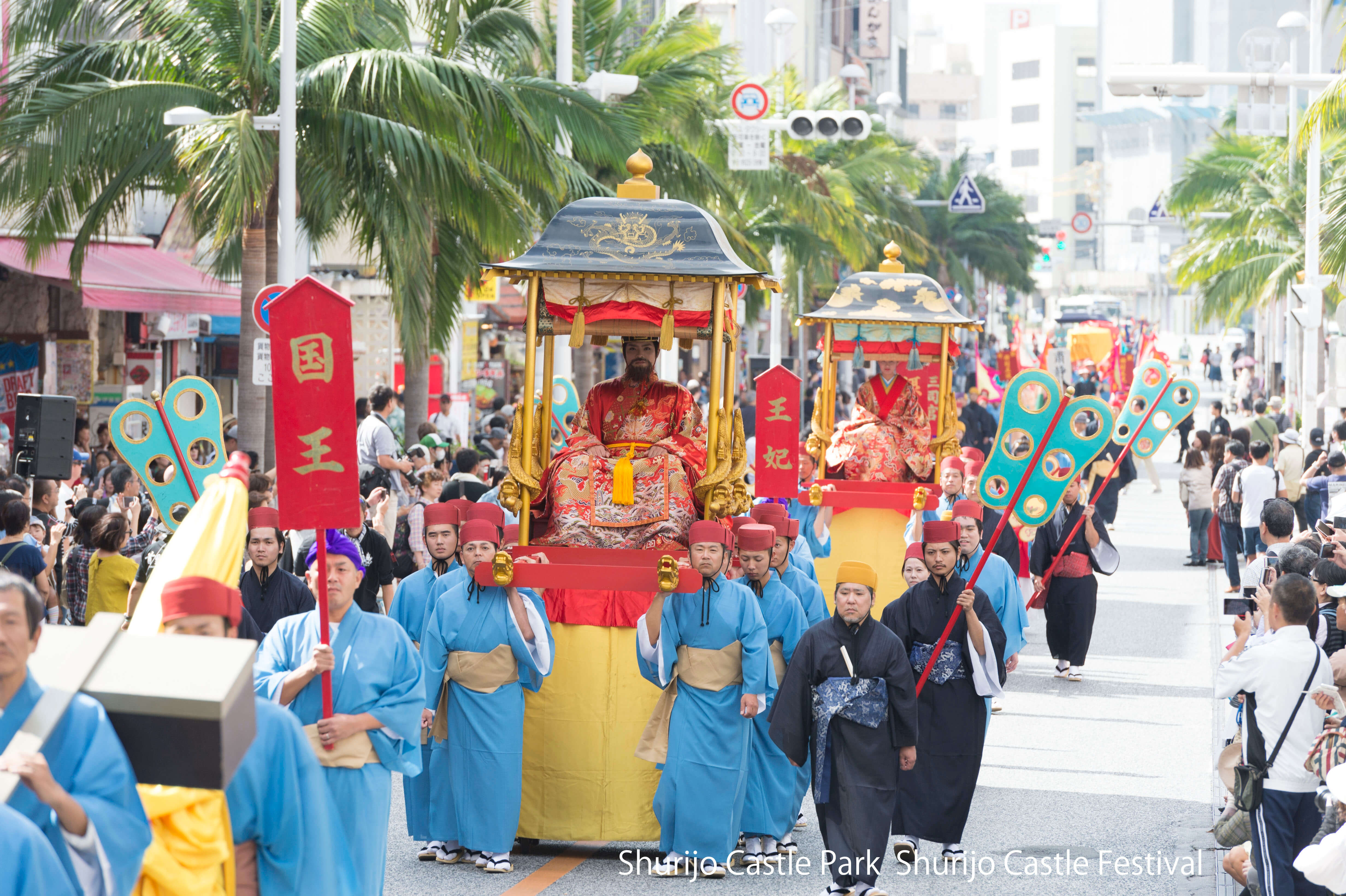