Tanadui Festival is a festival for sowing seeds and praying for the bountiful growth of crops. With more than 600 years of history, it has been designated as an important intangible folk cultural asset by the government of Japan.
The largest event on Taketomi Island, the Tanadui Festival attracts a large number of spectators, both locals and people from outside the island. Approx. 80 traditional performing arts, including dances dedicated to deities and kyogen plays, are shown during the two days of the festival.
Why don't you come enjoy the festival and stroll around the island? 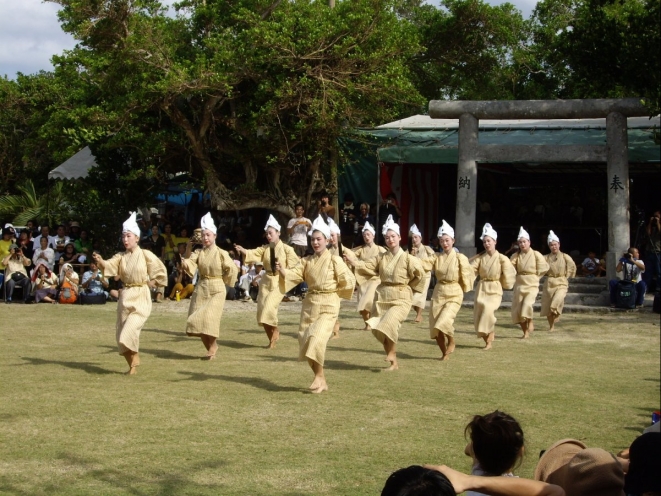