"The Yonabaru Great Tug-of-War, a more than 440 year-old tradition, is one of the Three Great Tugs-of-war in Okinawa. The thick 5-ton, 90-meter-long ropes are situated east to west, with shitaku (people dressed in costumes) riding on top, and they are processed through the streets. The sight of the ropes resembles a dragon soaring to the heavens. The tug-of-war contest begins the moment the two ropes are combined in the middle using thick logs called Kanachibo that are over 3 meters long. Anyone can join in and participate.
*The tug-of-war contest begins at 5pm on August 4

Many events take place at the festival site, including dancing and eisa dances by locals, live music by Okinawan artists, and a fireworks show at the very end."

Check this site if you'd like to know more about the Great Tug-of-War. 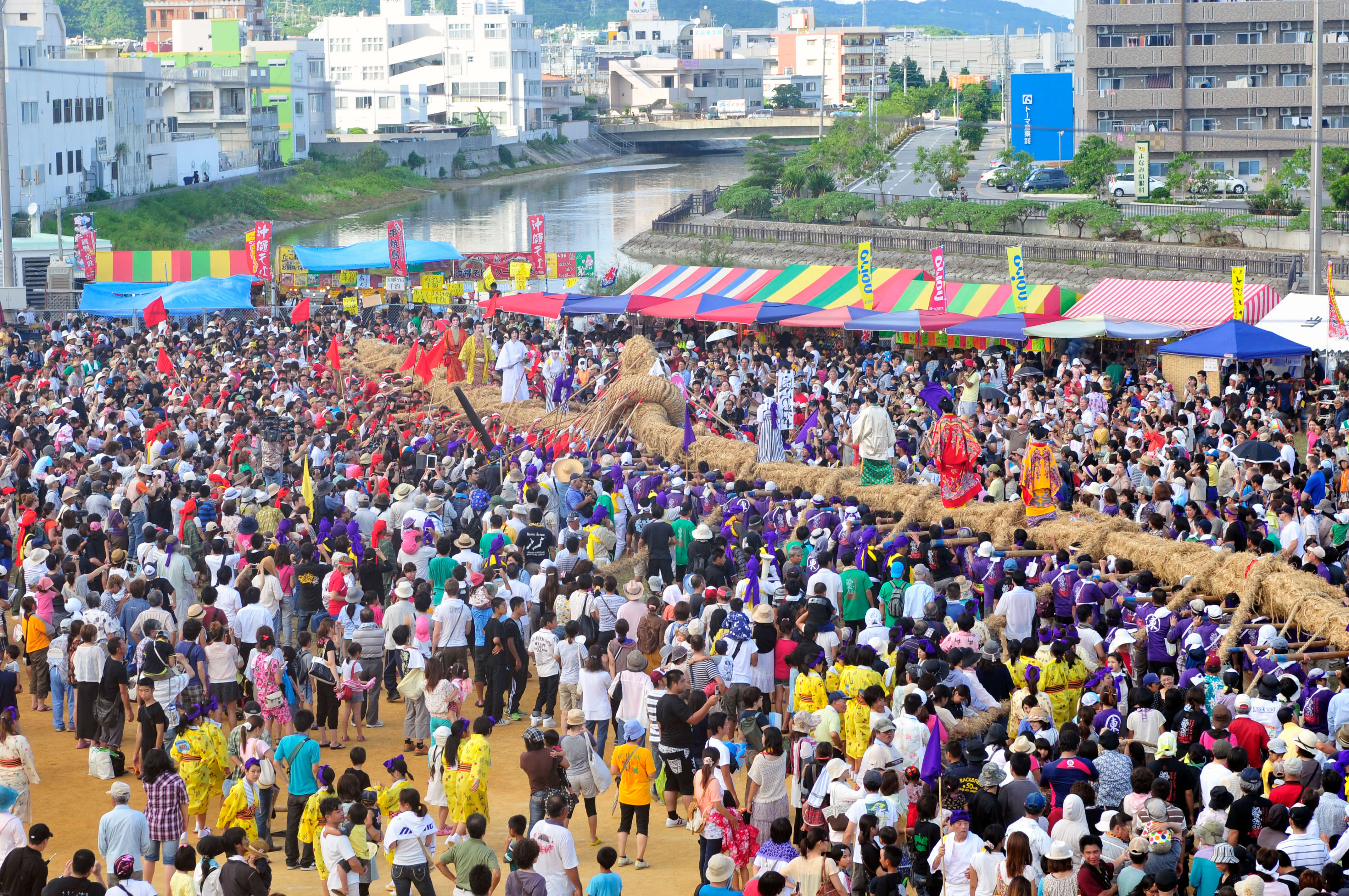