Utaki is the name for traditional holy places in the Ryukyu Islands. Sefa-utaki, located on the southern coast of Okinawa’s main island, is the most sacred of them all. It was a place of pilgrimage and worship for the Ryukyu kings and queens. Unlike the world’s prominent cathedrals, mosques and temples, Sefa-utaki is hidden by lush vegetation. It is amongst and created from, coral rocks and verdant trees. A visit to this sacred place provides travelers to the islands with a better understanding of the unique culture of Okinawa. 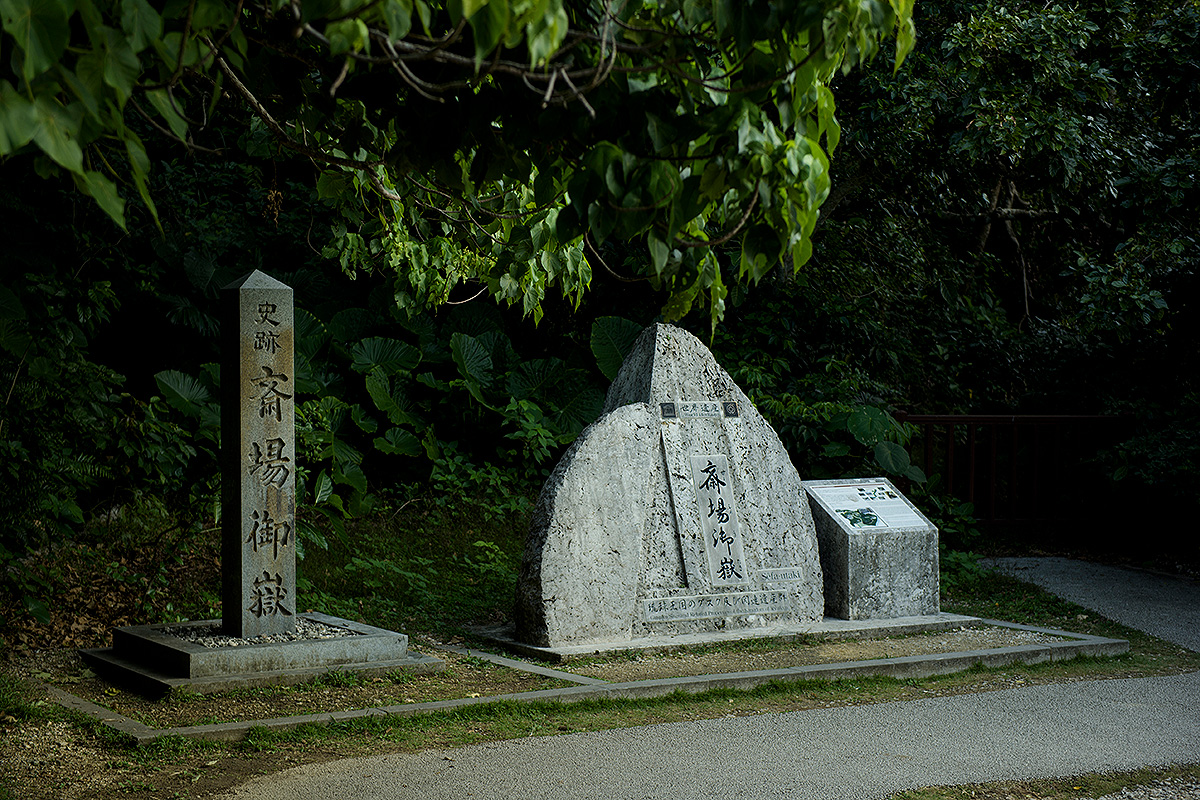 Sefa-utaki is one of the nine component parts that make up the UNESCO World Heritage: Gusuku Sites and Related Properties of the Kingdom of Ryukyu. As a place of outstanding universal value, it is described by UNESCO in criterion (vi) as: “The Ryukyu sacred sites constitute an exceptional example of an indigenous form of nature and ancestor worship that has survived intact into the modern age alongside other established world religions.” 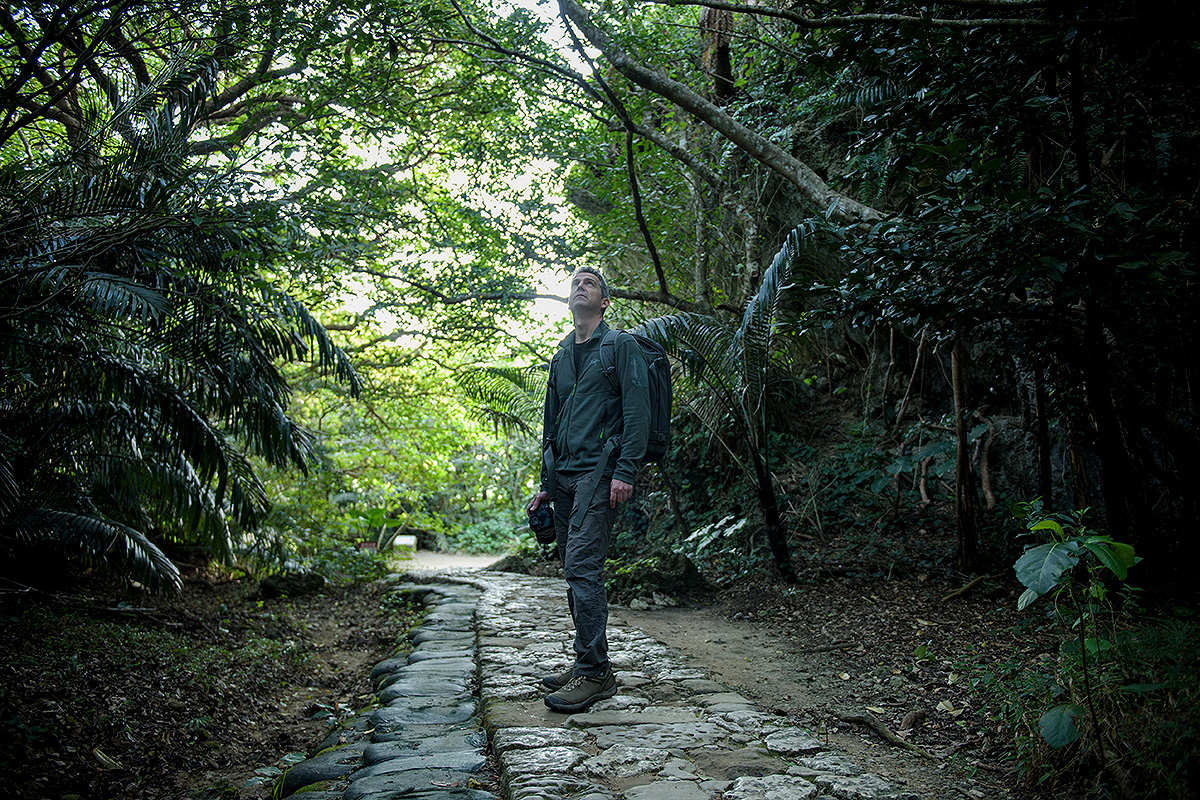 The utaki in Okinawan villages were often located at a natural rock formation or an ancient tree where local people placed incense burners, and the site would be revered as a spot where gods and ancestors could visit from niraikanai (land of the gods/paradise). Some utaki had sections that were reserved just for the noro, the village priestess. Prayers would be offered for health, peace, safe travels, and bountiful harvests. Unlike most western religions, the leaders of faith in Okinawa were all women. 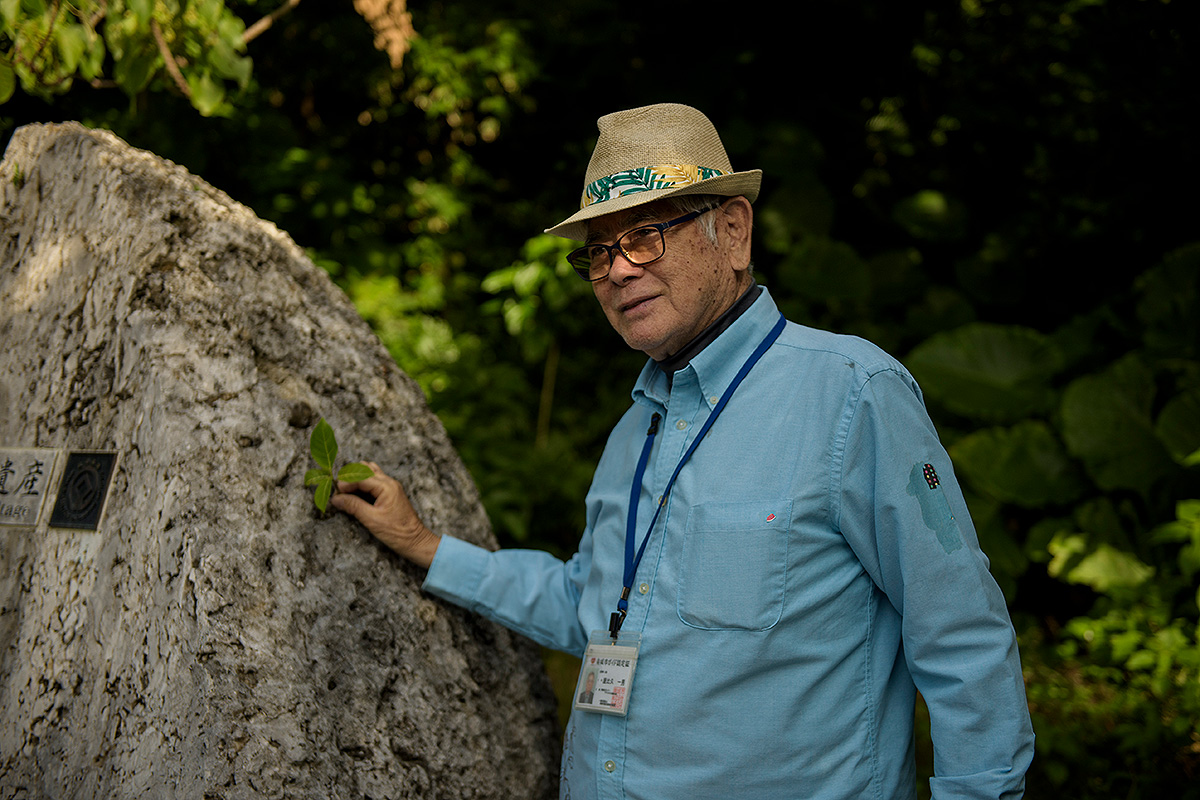 As a photographer, it is always special to visit a site of such cultural importance. On this occasion, I’m even more fortunate to be guided by Mr. Yabiku. At 83 years old, Mr. Yabiku is a perfect example of Okinawan longevity and vitality, he also has a special connection with Sefa-utaki. His mother was the last of the officially recognized noro (priestesses). Mr. Yabiku now shares his knowledge and love of this sacred place with Okinawan school groups and visitors from around the world. 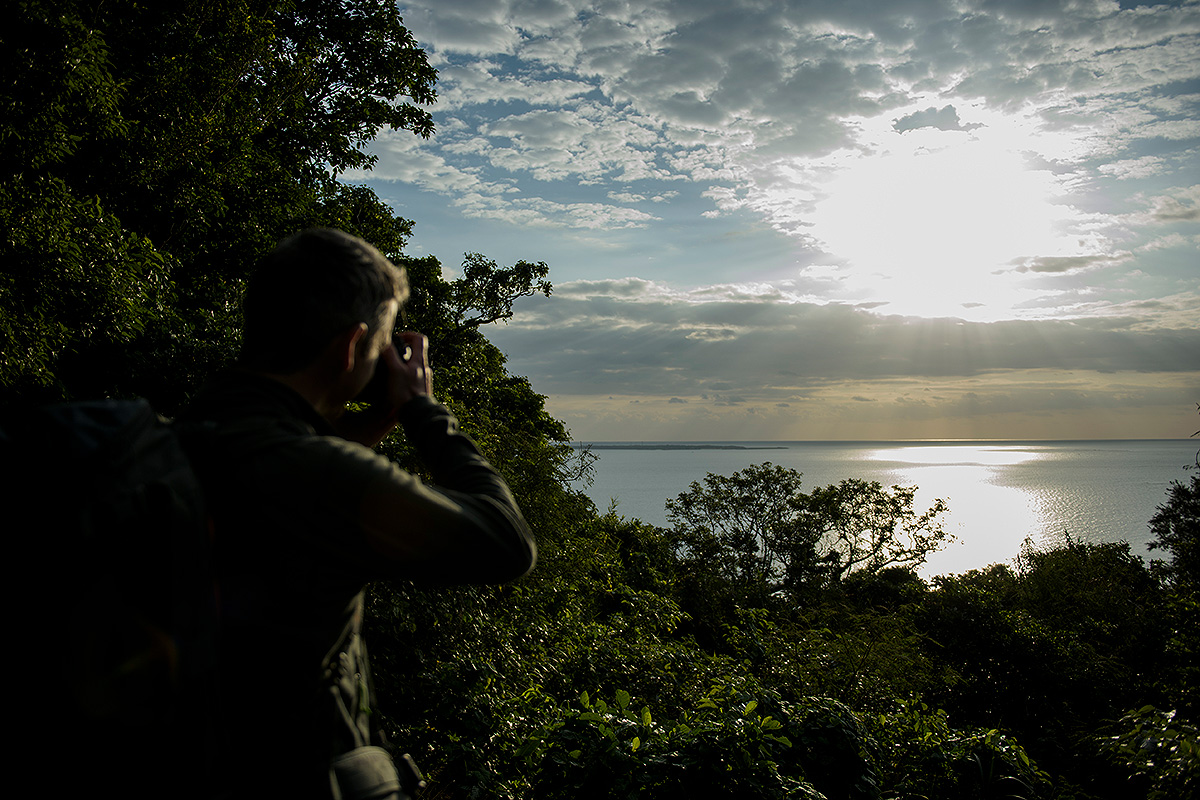 I meet up with Mr. Yabiku at the start of the path leading up to Sefa-utaki. He explains that this area is considered so special as it is where Amamikiyo, the goddess of creation, made landfall on Okinawa. As we walk up the path, we are able to look out over the ocean towards Kudaka Island, the Island of the Gods. Sacred white sand from Kudaka Island was brought to Sefa-utaki for rituals, and Mr. Yabiku still travels to the island for festivals.

We hike up to the first of six ibi (sanctuaries) that make up Sefa-utaki. Several of the ibi are named after rooms in Shuri Castle, highlighting their royal connections.  Some of the ibi were so sacred they were only accessible by the noro and used for hallowed ceremonies such as the inauguration of the Kikoeokimi high priestess. 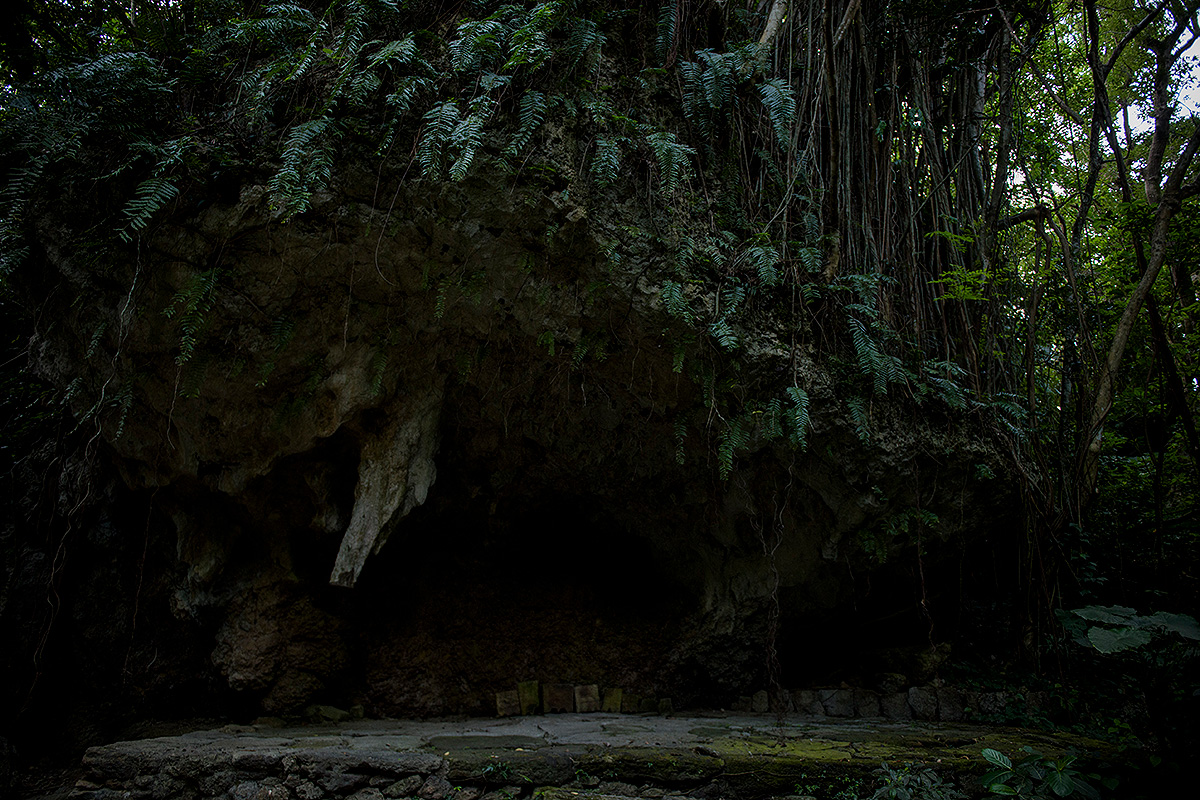 At one ibi called Yuinchi, incense burners made of stone sit beneath an overhang of coral limestone. Mr. Yabiku points to three notches cut in the base of the incense burner. The three notches represent the three stones that balance a cooking pot on a fire. This was done when praying to the god of the hearth. Surprisingly, Mr. Yabiku said that it was not necessary to light the incense because the god of the hearth had control of fire. 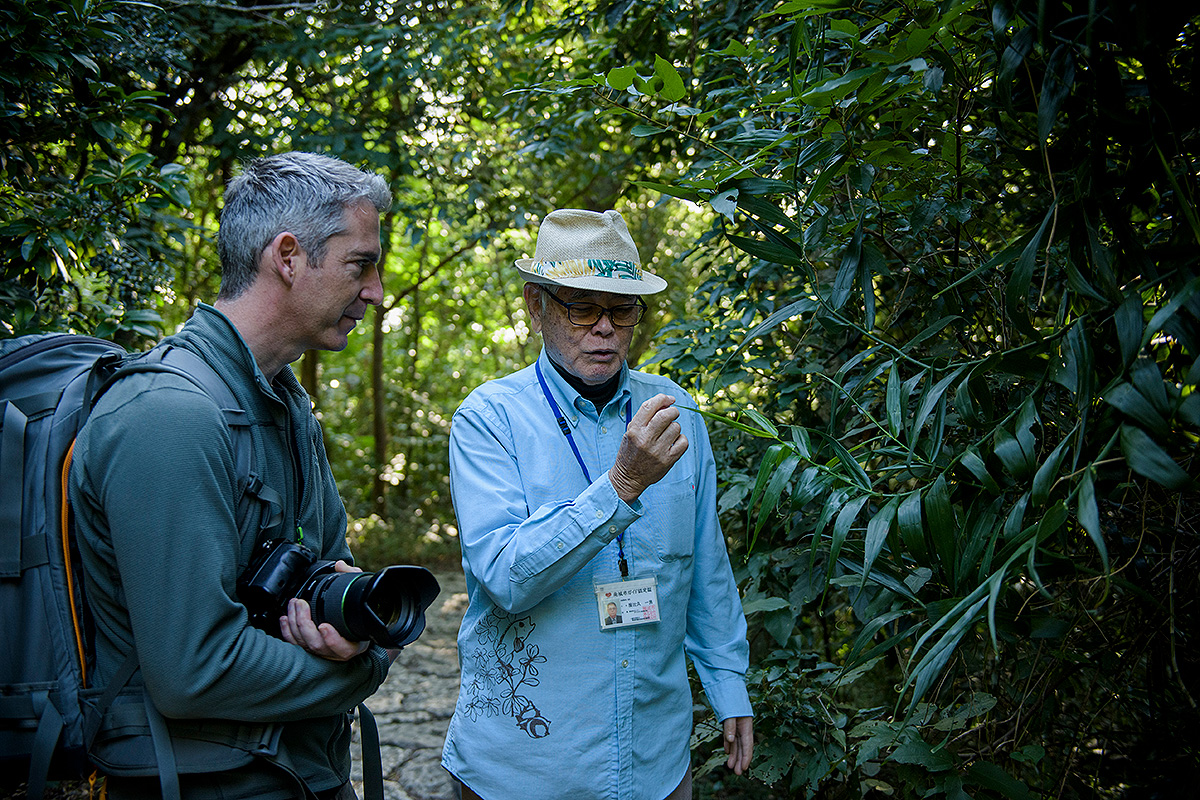 During World War II, the Typhoon of Steel destroyed vast areas of Okinawa, and the limestone overhangs of Sefa-utaki were once much larger. Decades later, the sacred rocks have once again been embraced by tall trees and leafy shrubs. Mr. Yabiku points out the different plants including Gajumaru, fukugi, akagi, and more. These species not only offered shade, and protection from fierce winds, but the fukugi and akagi trees provided yellow and red dyes, while the leaves formed the thatch of traditional homes. 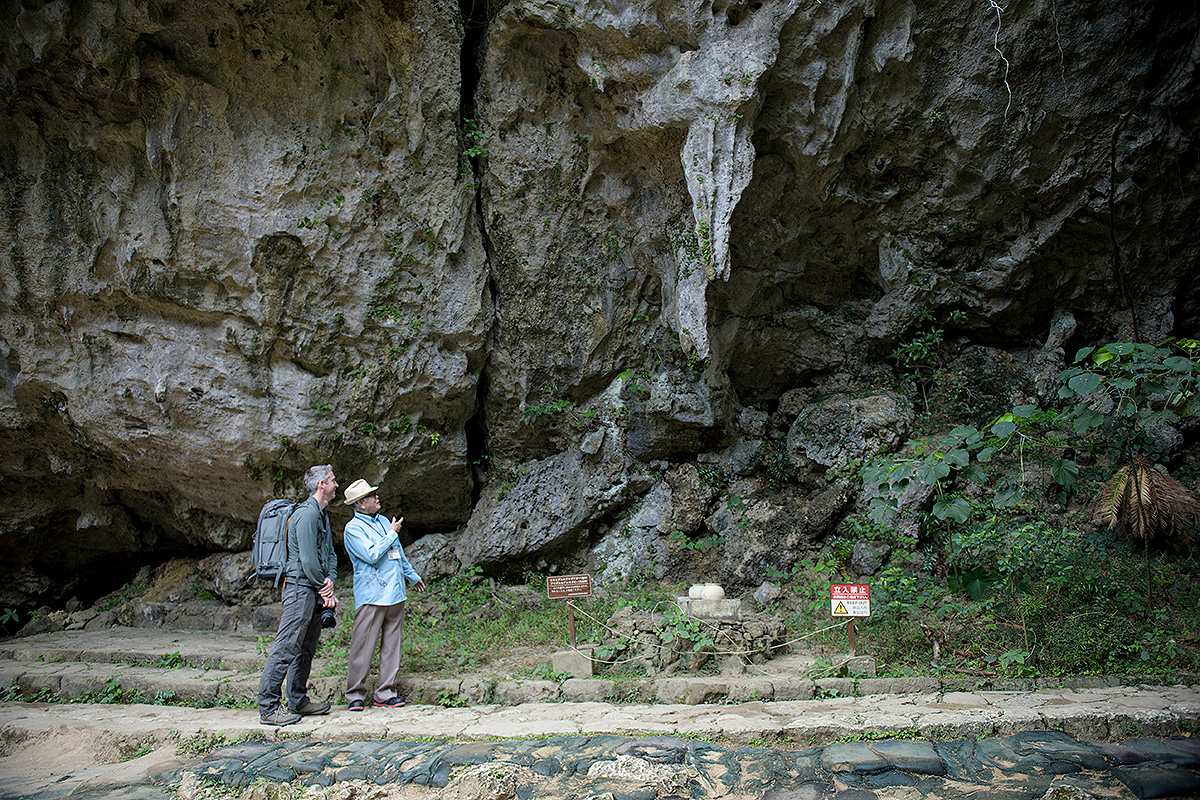 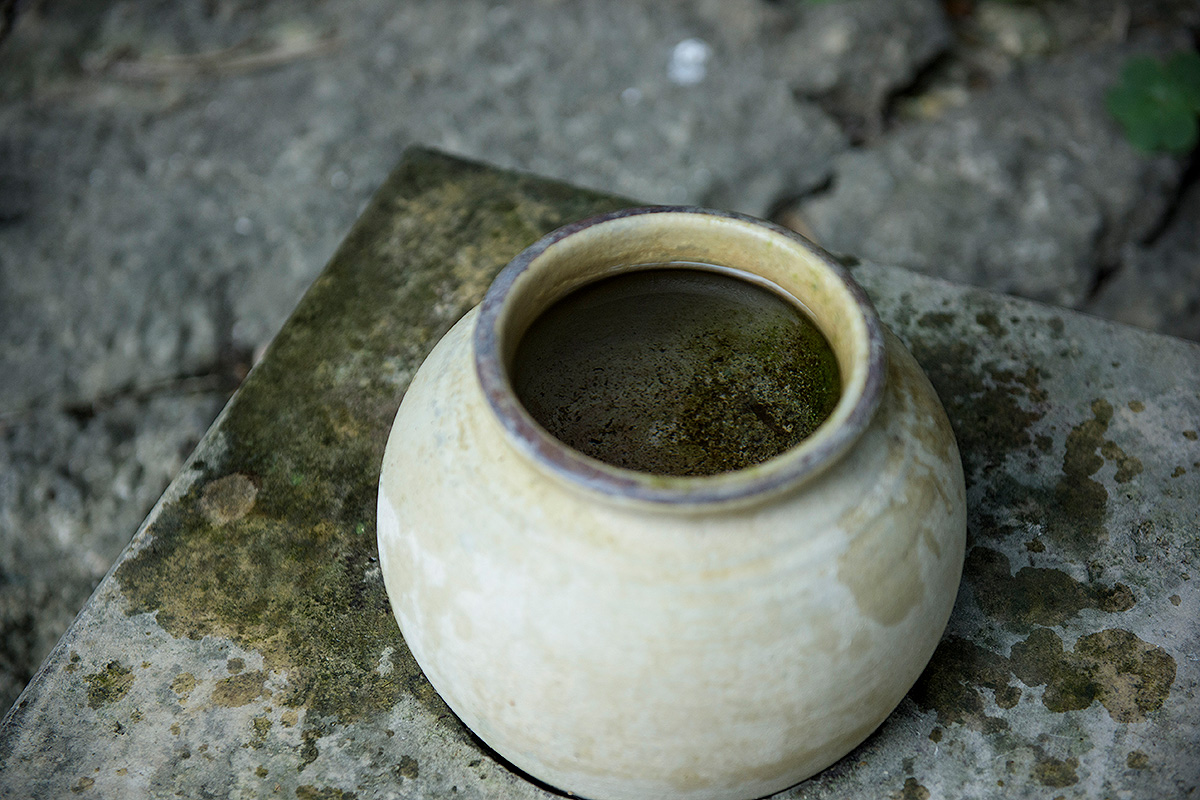 We reach the Sangui, the innermost part of Sefa-utaki. Mr. Yabiku points out two stalactites hanging from a rock wall. As we watch, droplets of water fall from the base of the stalactites into urns below. He tells me that these urns of sacred water were once used by his mother during ceremonies. A few meters further along, we walk through the triangular gap between two gigantic blocks of coral limestone. On the other side, the trees part allowing pilgrims and modern-day visitors to see out over the reefs and ocean to Kudaka Island. With shafts of sunlight breaking through the canopy above, and birdsong all around, it is easy to understand the reverence of nature. It is here that ancestors were venerated, but we should also celebrate the likes of Mr. Yabiku and new generations of Okinawans who protect and teach the traditions of the Ryukyu Kingdom. 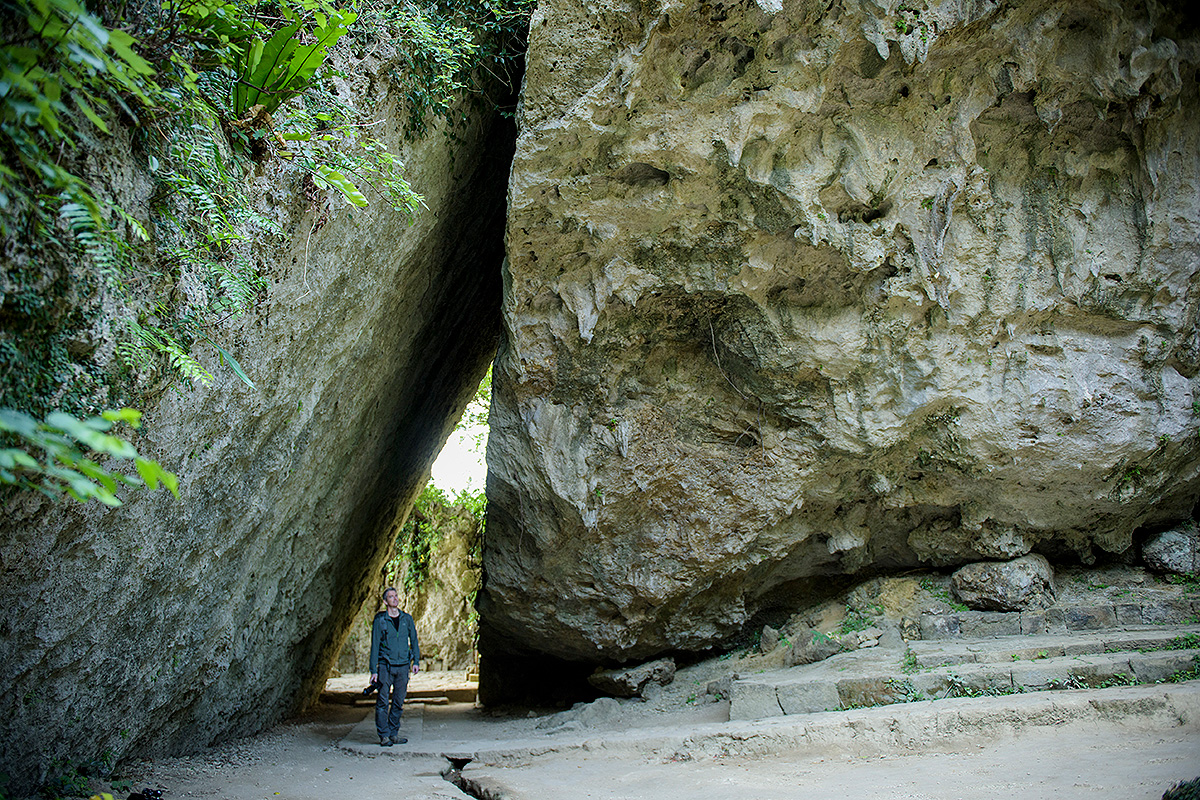 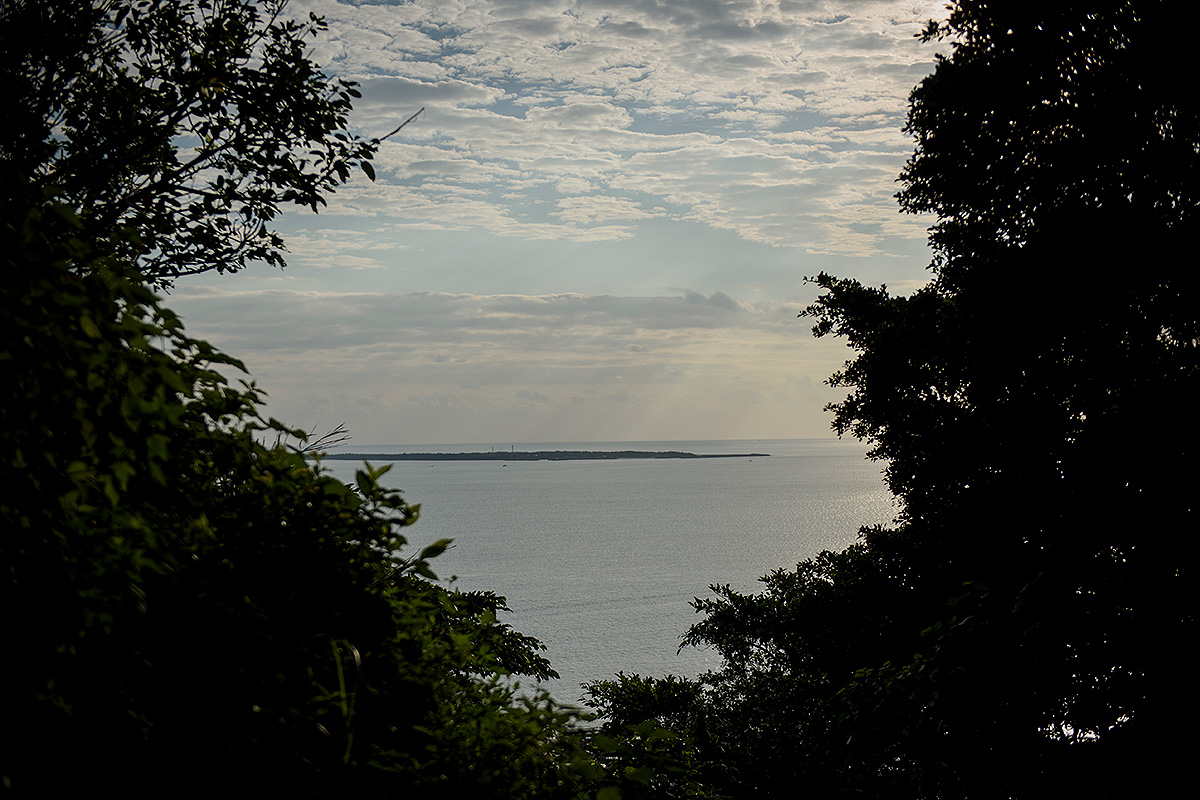 Important tips for visiting Sefa-utaki
Remember that, although outdoors, Sefa-utaki is a place of worship. Walk don’t run, talk quietly rather than shout. Stay on the paths, don’t climb the rocks, and be careful not to stand on the stone incense burners. Respect the local culture as you would when visiting a temple, shrine, church, mosque, or synagogue.

Text by Chris Willson
Chris Willson is a British photographer, videographer, and travel writer based in Okinawa for over 20 years.

Related Contents
Southern Okinawa Main Island
Southern Okinawa Main Island has a long history dating from the age of Ryukyuan mythology up to the present time. Sefa Utaki and Kudaka Island, home to many Ryukyuan myths, are worshipped as sacred places, and the prosperity of th...
Read More
9. Sēfa-utaki
Utaki are both a sacred place and a place of prayer, and Sefa Utaki was the highest-ranking sacred place in the Ryukyu Kingdom. There is no artificial structure, the thick wood and bare rocks were admired as objects presented as G...
Read More