A Breathtaking Demonstration of Okinawan Karate

Karate is a very popular form of martial arts along with judo and kendo, and Okinawa is said to be the place of its origin.

Okinawa had thriving trade relationships with Asian countries in the past, especially with China, due to its favourable geographical location. Further to this historical background, Kenpo was introduced from China, and was incorporated into the traditional martial arts of Okinawa, giving birth to karate, which spread all over Japan. Today, it is loved by 130millions of people in around 180 countries, and it has become one of the most popular martial arts in the world.

As karate spread across many locations, a variety of styles and schools came into existence. However, in Okinawa, the original and traditional karate has been protected, and the principles still continue to be guarded as the legitimate form karate.

Currently, there are many dojos in Okinawa. Among them are dojos that allow tourists to visit and give opportunities to experience the martial art. *Dojo is a training place for martial arts. Rare books about karate can be found in bookstores, and stone monuments related to karate have been gaining attention as new tourist attractions.

Akihito Yagi, the master of Meibu-Kan Gojyu Karate-do Association takes over the traditional martial arts, and continues the activity not only in Japan but throughout the world.

His grandfather is Meitoku Yagi who was the keeper of Okinawa karate as one of the ancient Japanese martial arts. These arts have been designated as intangible cultural treasures by Okinawa Prefecture.

In recent years he has been the focus of much attention from people from all over the world, as many athletes from sport karate look to the traditional form of karate. They are seeking the roots of their sport, and come to realize the importance of the basic foundation of Okinawa’s karate style.

Column｜Have you ever heard of the “Okinawa Traditional Karate Liaison Bureau”? 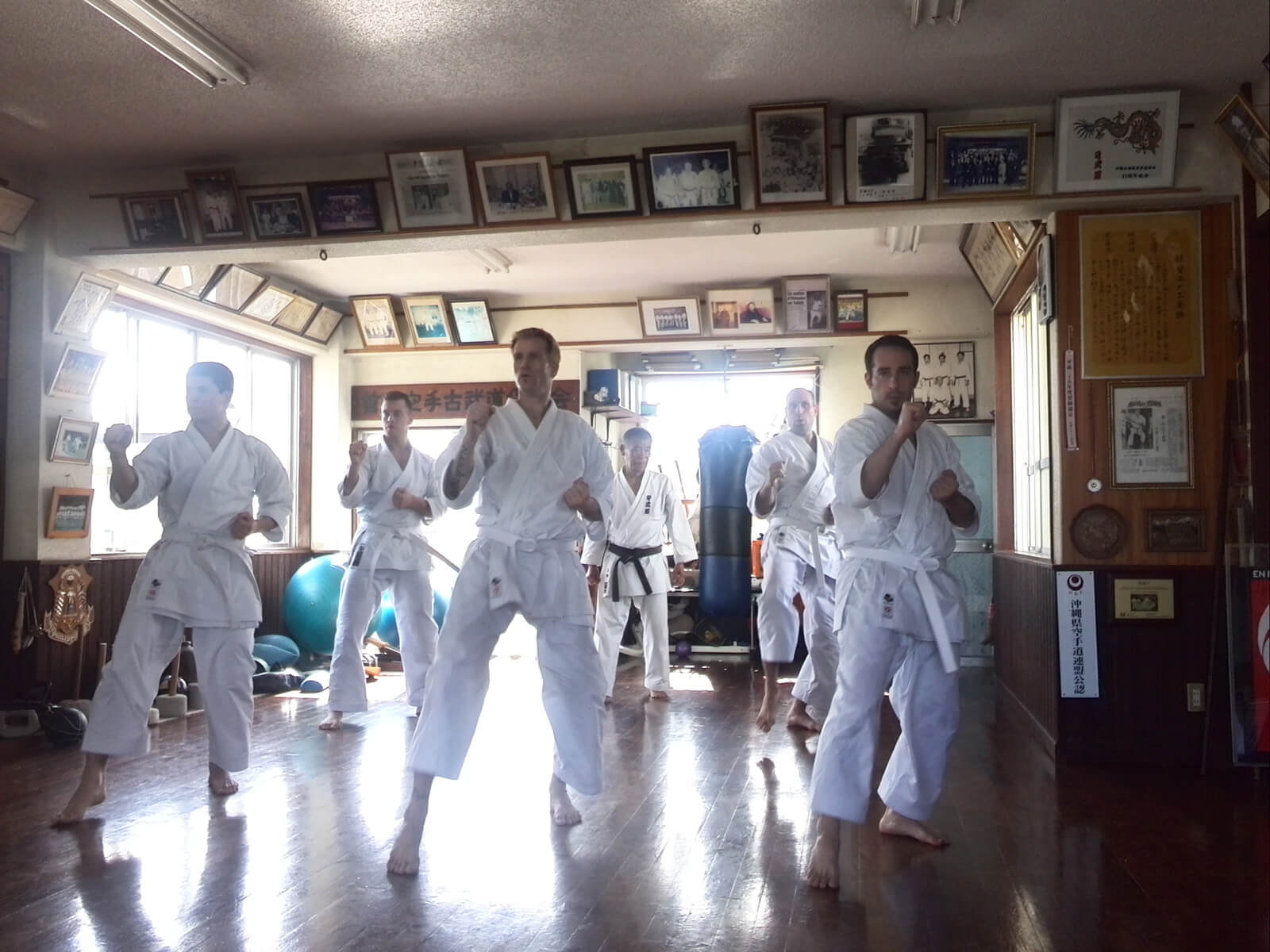 The Okinawa Traditional Karate Liaison Bureau has been active since July of 2011 as an organization engaged in information dissemination and support for karate enthusiasts and stakeholders both inside and outside of Okinawa. 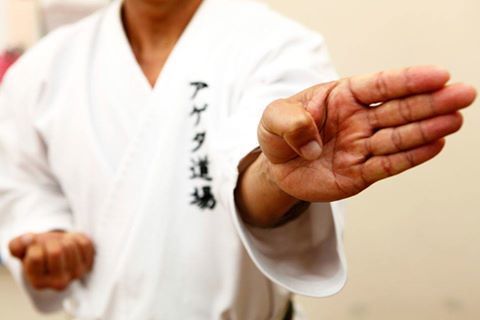 Karate is gaining attention as a new sport in the Olympics, making its debut at the Tokyo games in 2020. Karate came from Okinawa during the Ryukyu Kingdom era and is practiced in over 194 countries around the world with roughly 130 million practitioners today. Karate was originally known as “te” (hand) in Okinawa, but after further development including influences from Japanese and Chinese martial arts, it was official labelled, karate, on October 25th, 1936. It is an art based on the fundamental philosophy of “no first moves in karate,” meaning the use of force should not be exercised without careful consideration, rather it should be used to bring about peace to the world; and “nuchi du takara,” meaning life is a treasure. Karate Day was established with the hope that traditional Okinawan karate will be a force contributing to world peace and happiness for all. 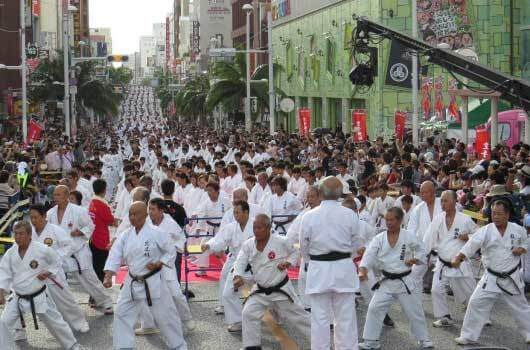 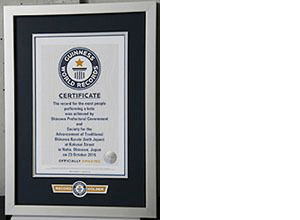 On the 23rd of October, 2017, a group kata performance for the Karate Day Anniversary Demonstration Festival held on Kokusai Street in Naha set a Guinness Book world record. The event was sponsored by the prefecture of Okinawa, the Okinawa Traditional Karatedo Promotion Association, and the prefectural assembly. In its successful attempt at beating the martial arts group performance record, the festival managed to achieve an attendance of 3,973 individuals, all of which performed the “Fukyu-gata ichi” simultaneously. The mind-blowing record was confirmed with a roar of approval from the mass of participants. 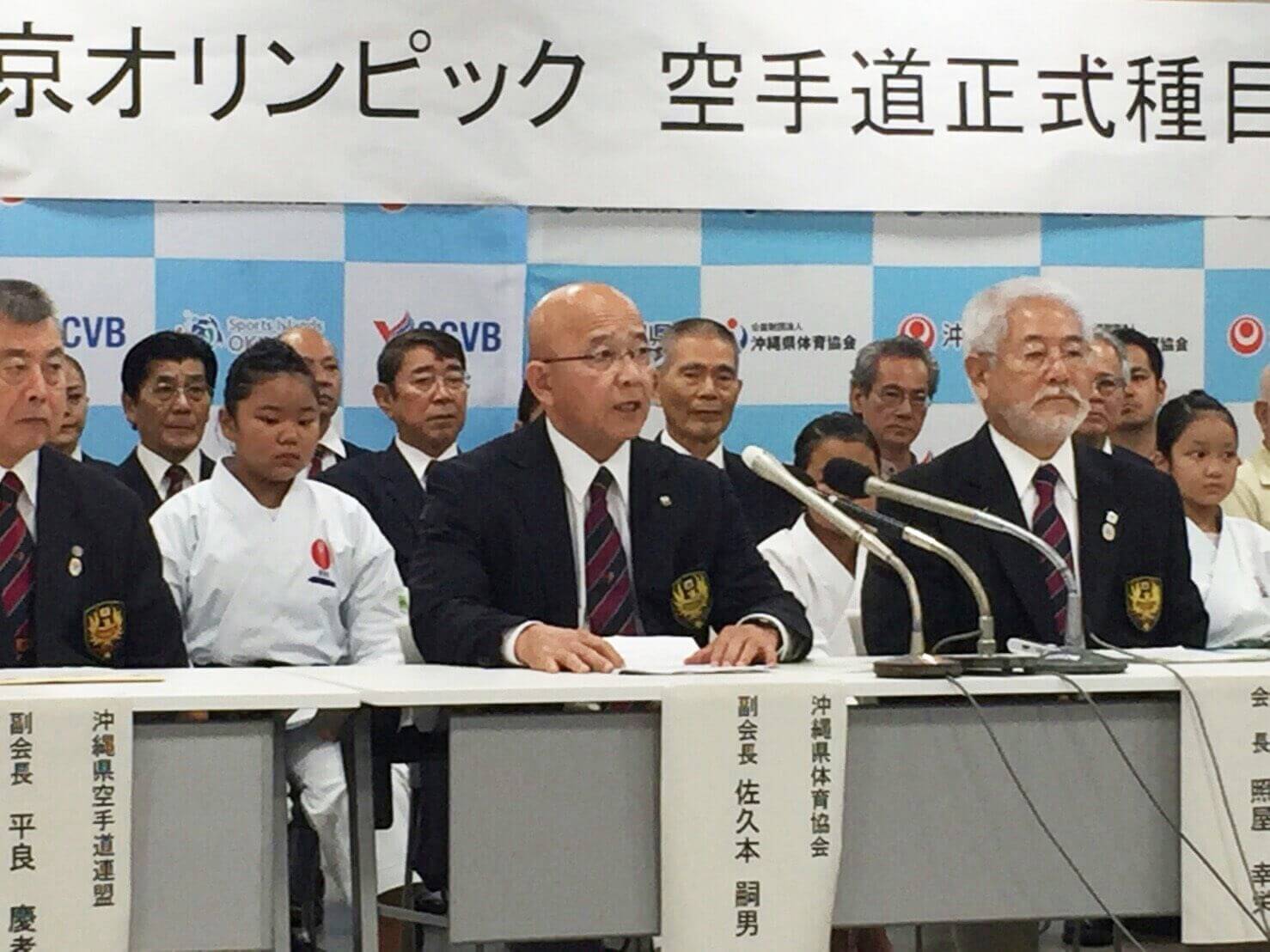 The General Assembly of the International Olympic Committee (IOC) met in Rio de Janeiro to decide additional events to add to the 2020 Tokyo Olympic Games, and karate was officially selected!

With Okinawa being the birthplace of karate, a press conference was held, announcing for the first time in history that karate has been selected for the Olympics games.