A great sightseeing place for a rainy day

Haitai! It’s Mahae.
This time I visited the Oceanic Culture Museum, a good place that not many people know about, which can be enjoyed even on a rainy day. 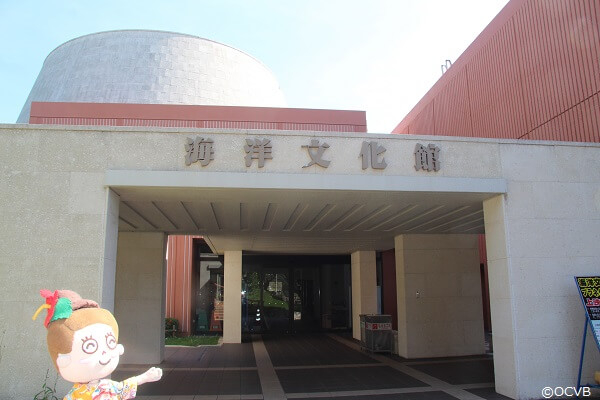 Many people probably wonder where the Oceanic Culture Museum is located, but it is actually part of the Ocean Expo Park that includes the Churaumi Aquarium. 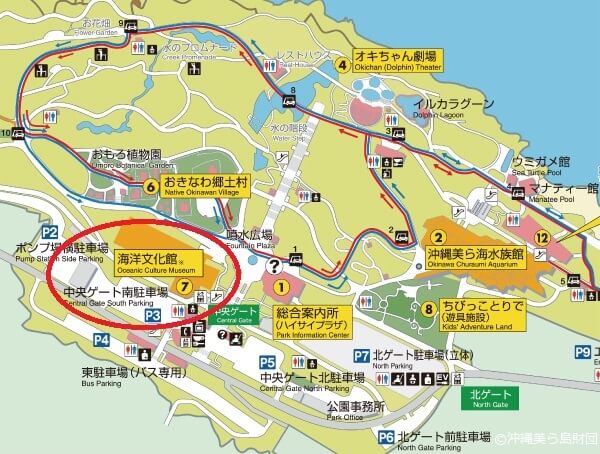 The facilities of the Oceanic Culture Museum introduce the history and culture of maritime people from across Okinawa and the Pacific. There is also a planetarium.

Pamphlets containing a map of the museum and simple explanations of the exhibits are available in English, traditional Chinese, simplified Chinese and Korean. 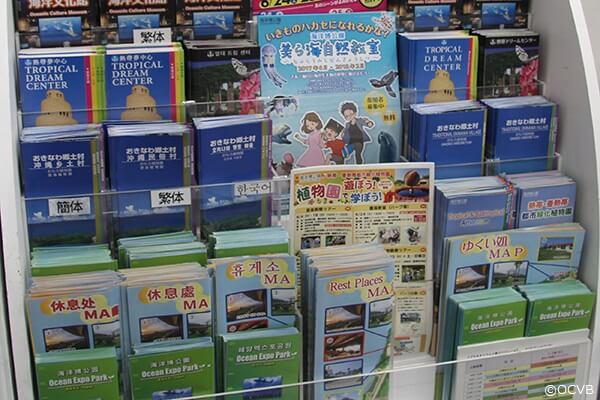 We headed straight to the third floor to view the Voyage Zone!
This exhibit introduces the great voyages of mankind and their migration to new lands, along with traditional navigation techniques and shipbuilding technology from about 1,000 to 5,000 years ago. 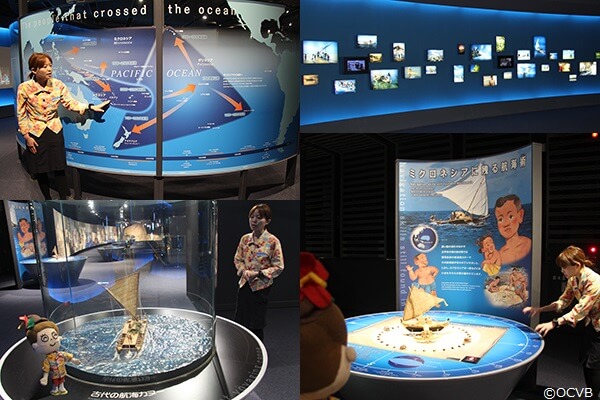 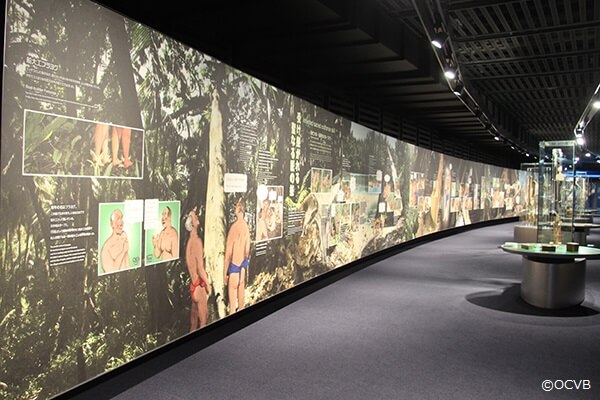 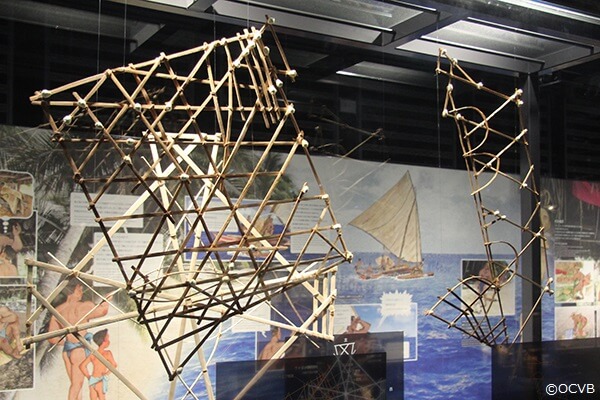 This chart is known as a “stick chart”, and is made using the stems of palm tree leaves and shellfish.
The shells represent the position of the islands while the wooden sticks show the ocean currents and waves.
Surprisingly, sea travelers would not take this chart with them on voyages and instead would memorize everything. 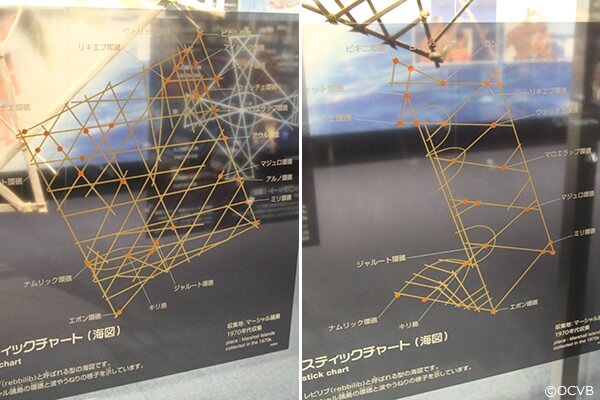 Along with this chart, they would have also memorized dozens of patterns of neighboring islands using the constellations, which varied depending on the season.
Due to this strong connection between voyages and the constellations, there is also a planetarium at the Oceanic Culture Museum.

Then there is the Oceania Zone on the second floor! 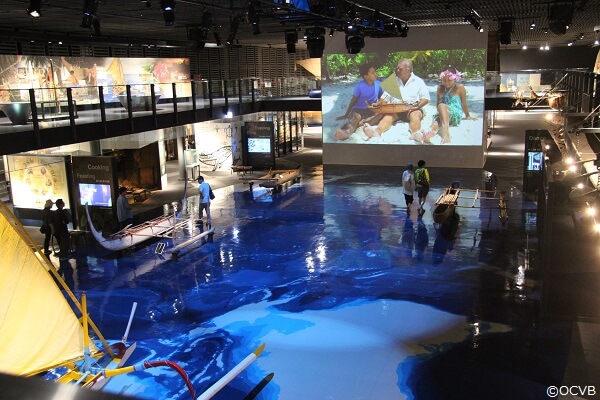 Large screens are used to project images of the sea, turtles, dolphins, whales and others around the room and on the floor, making you feel at one with the ocean.

There is an open stairwell connecting the second and third floor, which means you can either look out over the entire hall from the third floor and see the images, or you can head down to the second floor and enjoy the atmosphere of feeling as if you are in the ocean.

Next to the Oceania Zone is the Exchange Zone.
A large, magnificent canoe is on display in this area. 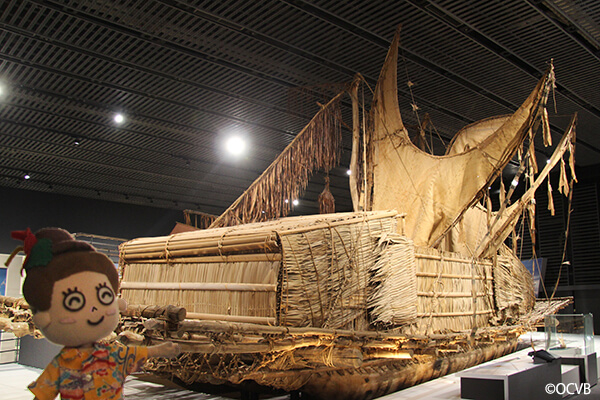 This boat was known as a “Rakatoi” and was used to trade items such as pottery. 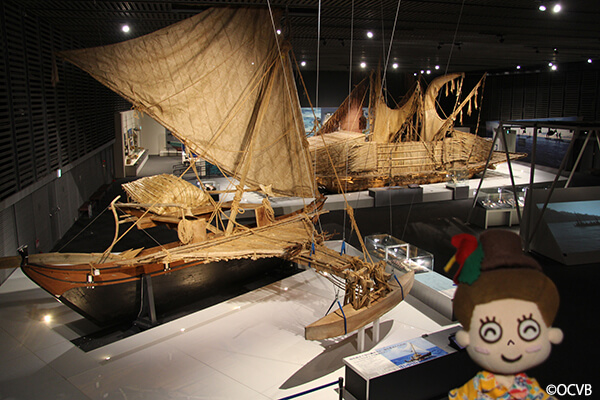 The other boat in this photo was known as a “Rien Polowat,” and although it could hold up to 8 people, only one person who sat in the middle would row.
It seems like the others would ride either in a triangle in the front raft or on the covered sections to the side. 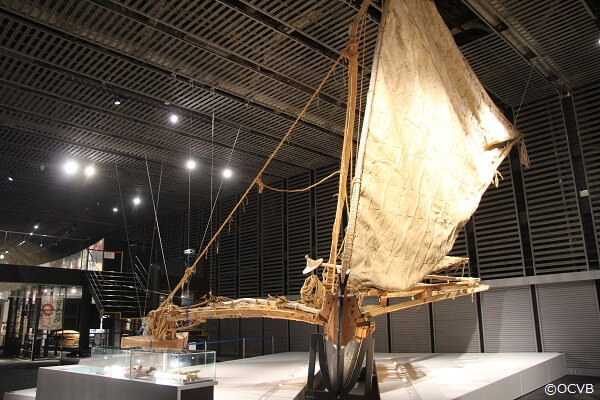 It looks completely different from the front compared to how it looks from the side and is actually very slim! This is to increase speed by decreasing water resistance.

At the far end is the Okinawa Zone.
There are various boats on display in this section, including sabani boats such as “Machikifuni” and “Honhagi,” as well as traditional Okinawan fishing equipment.
The “Machikifuni” is very precious and was made from one Ryukyu pine tree that was over 70 years old.
The “Honhagi” is still used today in traditional events, such as the dragon boat race. 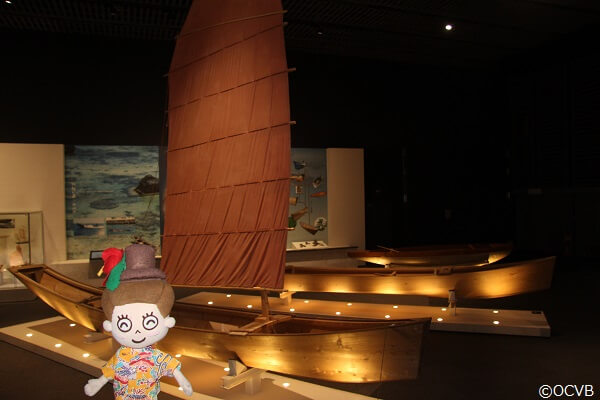 I had my photo taken in a sabani!♪ 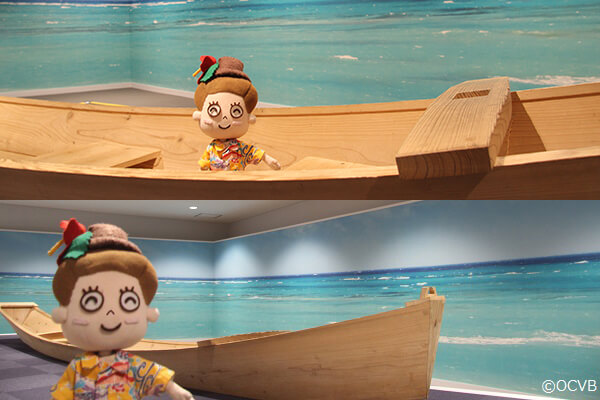 Lastly, I watched the “Okinawa’s Beautiful Stars” projection in the planetarium. 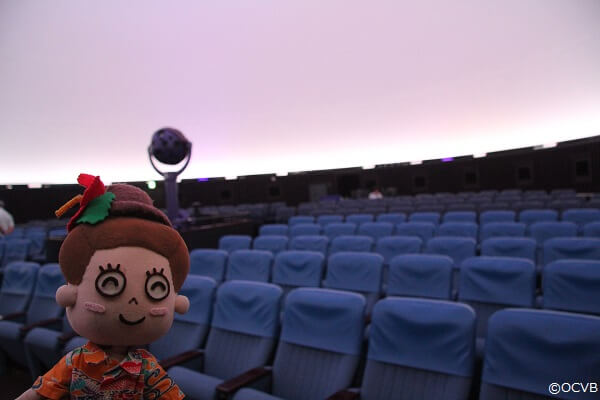 The “Okinawa’s Beautiful Stars” projection changes every three months, along with the seasons of spring, summer, autumn, and winter. When I went, I watched “The Beautiful Stars of Summer.”
It is even more enjoyable to head outside to observe the real stars after viewing a projection in the planetarium.♪ 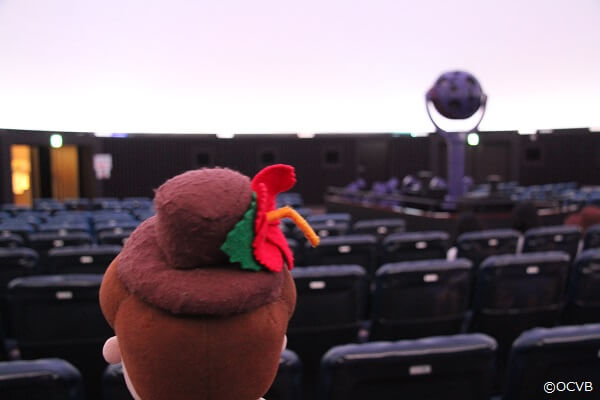 Depending on the program, there are also services that allow foreign visitors to enjoy the shows. 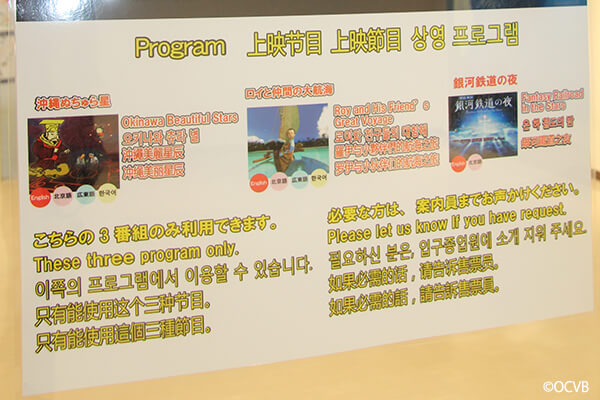 After walking around the large park with the children, it is nice to take a moment to rest and breathe.
Why not come and visit the Oceanic Culture Museum after visiting the Churaumi aquarium or even make it a solo adventure on a rainy day?