A Day in Shuri — Tracing the Roots of Awamori

> Categories > Tradition > A Day in Shuri — Tracing the Roots of Awamori

A quick ride on the Yui Rail, and once again I found myself in Shuri, Naha’s old city and the heart of Okinawan culture and history. On my last visit I spent all my time in Shurijo Castle Park, where, even after the damage of the recent fire, I easily filled my time exploring the facilities and learning about the fascinating history and culture of the Ryukyu Kingdom. This time, I had decided to reach beyond the castle area to explore a recent fascination of mine—awamori— Okinawa’s traditional drink of choice.

The rise of awamori as a liquor synonymous with Okinawa is deeply wedded to the history and growth of regional trade during the Golden Age of the Ryukyu Kingdom. What would eventually become awamori reputedly made its way to the islands in the late 15th century via trade with the Kingdom of Siam (present-day Thailand), that produced liquor from similar ingredients. The Ryukyu government strictly controlled the production and sale of awamori, limiting access to upper classes and use as prestigious gifts for overseas patrons and also to maintain hefty profits for its success as an export product. Shuri, being the seat of government and having an abundance of pure water, was the ideal place to concentrate production, and the legacy of making excellent awamori continues to this day.

A traditional drink with 600 years of history 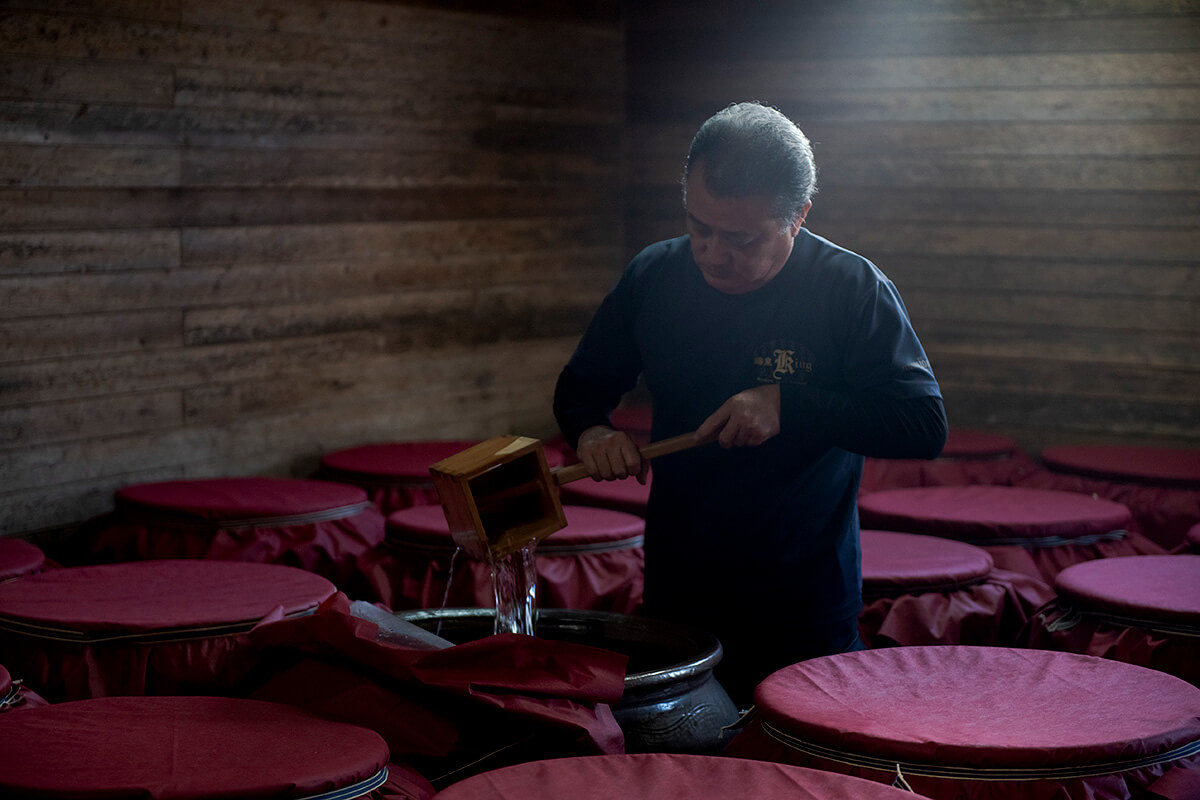 While I was fast becoming a fan of the taste of awamori, I was a little fuzzy on exactly what takes place before it ends up in my glass. I had been recommended to visit Zuisen Distillery, located in Sakaiyama, one of the three designated villages close to Shurijo Castle permitted to produce awamori during the Ryukyu Kingdom era. Established in 1887, Zuisen is one of the oldest distilleries in Okinawa, and a great place to learn more about this iconic drink. An hour spent in the Zuisen’s visitor center gave me a fast-track insight into the process of making awamori, which remains fundamentally unchanged since it first took root some 600 years ago. 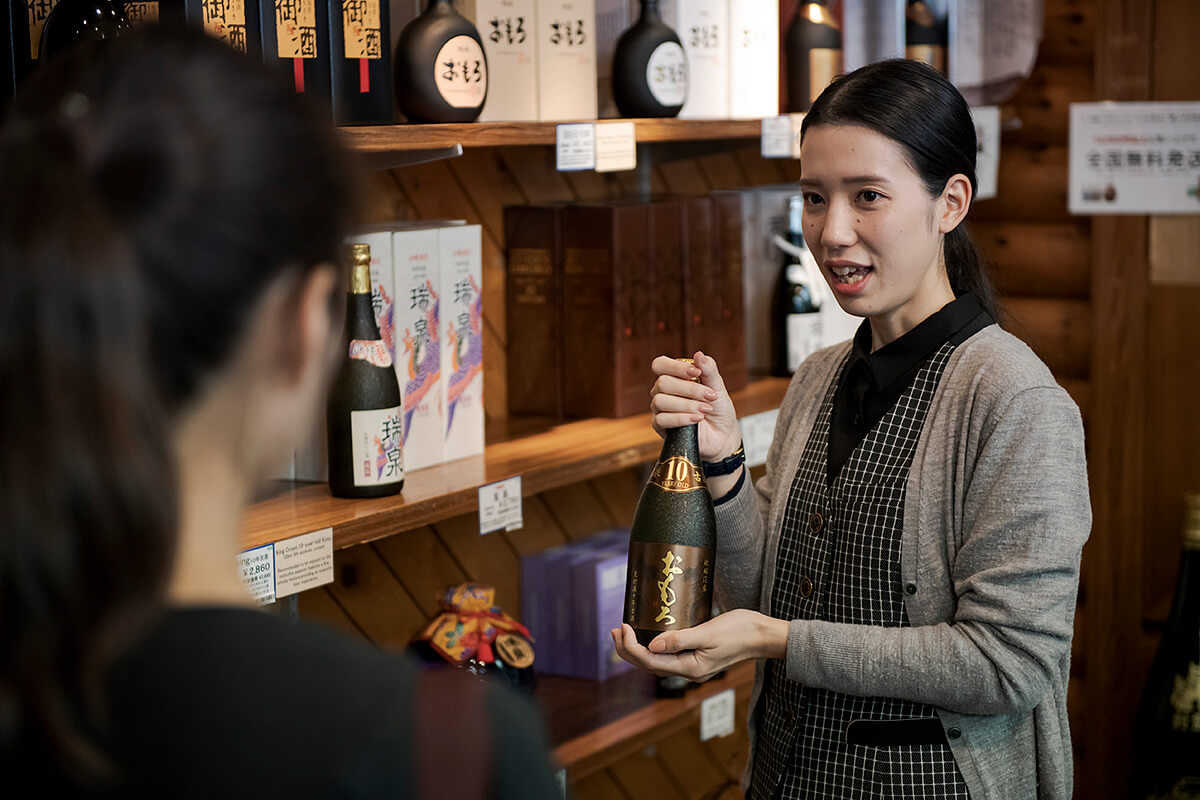 In general, the longer awamori is stored the higher the quality, and as luck would have it, there is ample opportunity to try some of Zuisen’s superb finished product.  Awamori aged for a minimum of 3 years is called “kusu” and the guided tasting at Zuisen allows you to try 3 or 4 different aged kusu. I first tried Seiryu, a fine and sweet kusu. Next in line was one of their flagship bottles, the Crown, aged for 10 years, and unsurprisingly, it was very smooth. My tasting concluded with Usaki, a unique drop exclusive to Zuisen, made with a strain of kuro koji mold that was once thought lost due to the destruction around Shuri in the Battle of Okinawa. Fortunately for us, a sample that had been stored in the depths of Tokyo University was discovered and brought to life, to make a drink so silky it defies the image of awamori as hard liquor. Moreover, Zuisen is donating profits from the sale of Usaki to the reconstruction of Shurijo Castle, making it an irresistible purchase.

One of Japan’s must-see streets 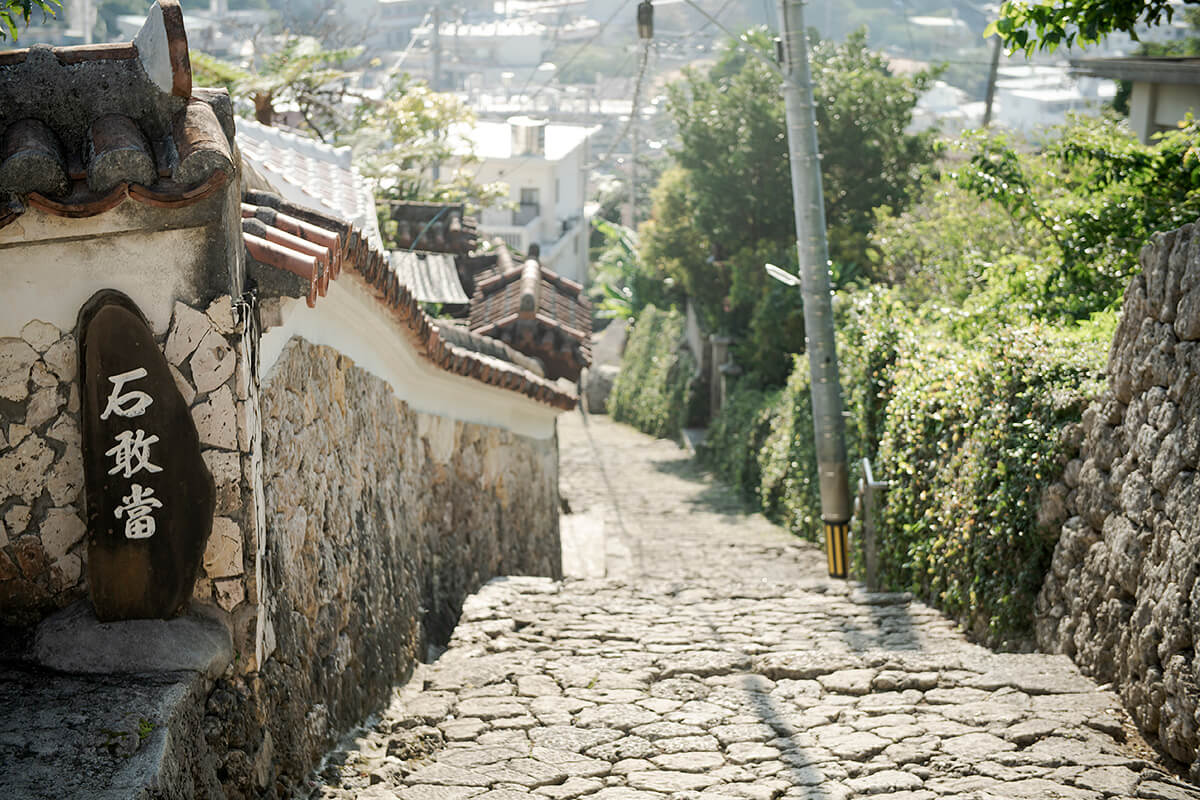 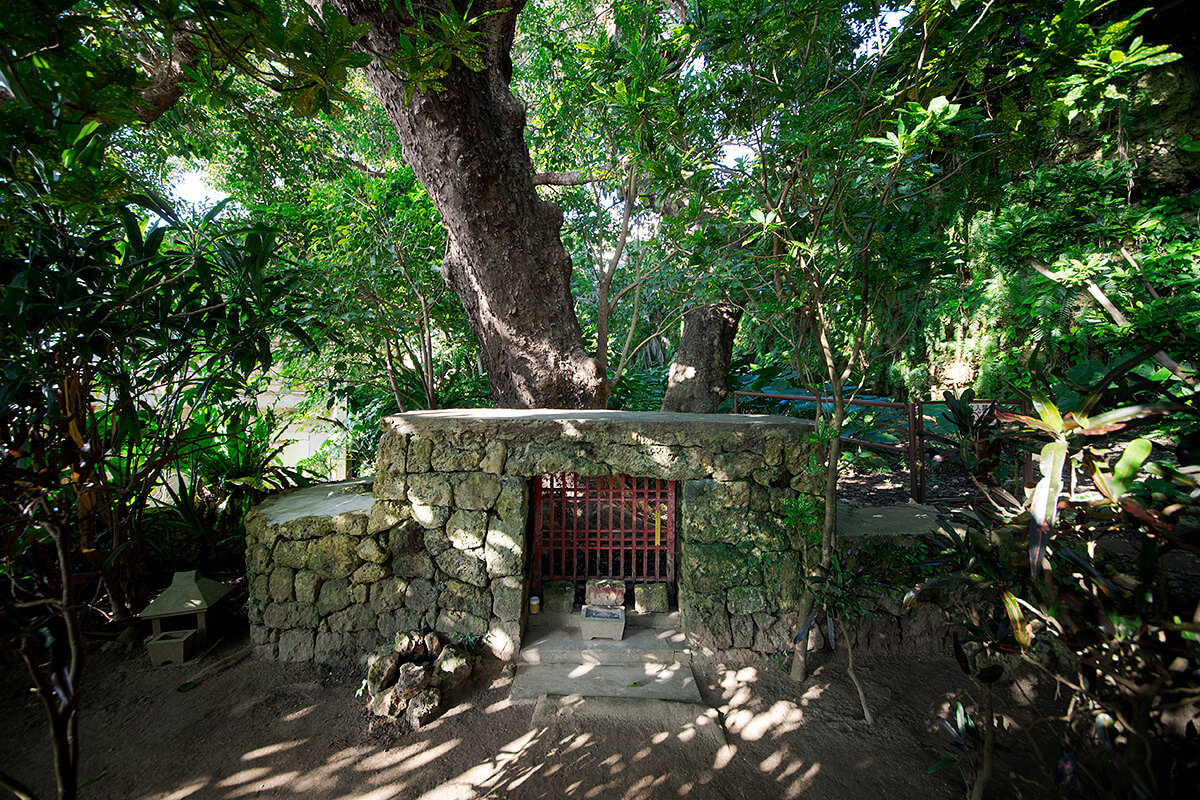 With the afterglow of the smoothest awamori I had ever tasted still fresh in my mouth, I set out to explore the area a little further. Only a short walk from Zuisen is Kinjo-cho ishi-datami-michi (the stone-paved street), once the start of one of the most important roads in the Ryukyu Kingdom connecting the castle to the southern part of the island. While the rustic feel of the streets surrounding Shurijo Castle alone makes a stroll around the neighborhood memorable, walking down the limestone-paved street is a direct window into life in old times. Little wonder it has been selected as one of the 100 must-see streets in Japan.

While taking in the view and peeking at well-preserved houses behind immaculately maintained stone fences, a street a sign caught my eye, and on a whim, I took a slight detour to see the Ooakagi tree, a massive Bishop tree that has graced this slope for hundreds of years. As soon as you enter this little walled pocket of greenery you feel a sense of gravitas, and not just from the impressive shape and contours of the tree. It clicked as to why when I explored a little more and came across some utaki sites (places of spiritual significance and worship), and a nearby brief explanation of the ghosts and gods said to inhabit this space helped make sense of why this place has been held in such deep reverence.

A paradise for awamori fans 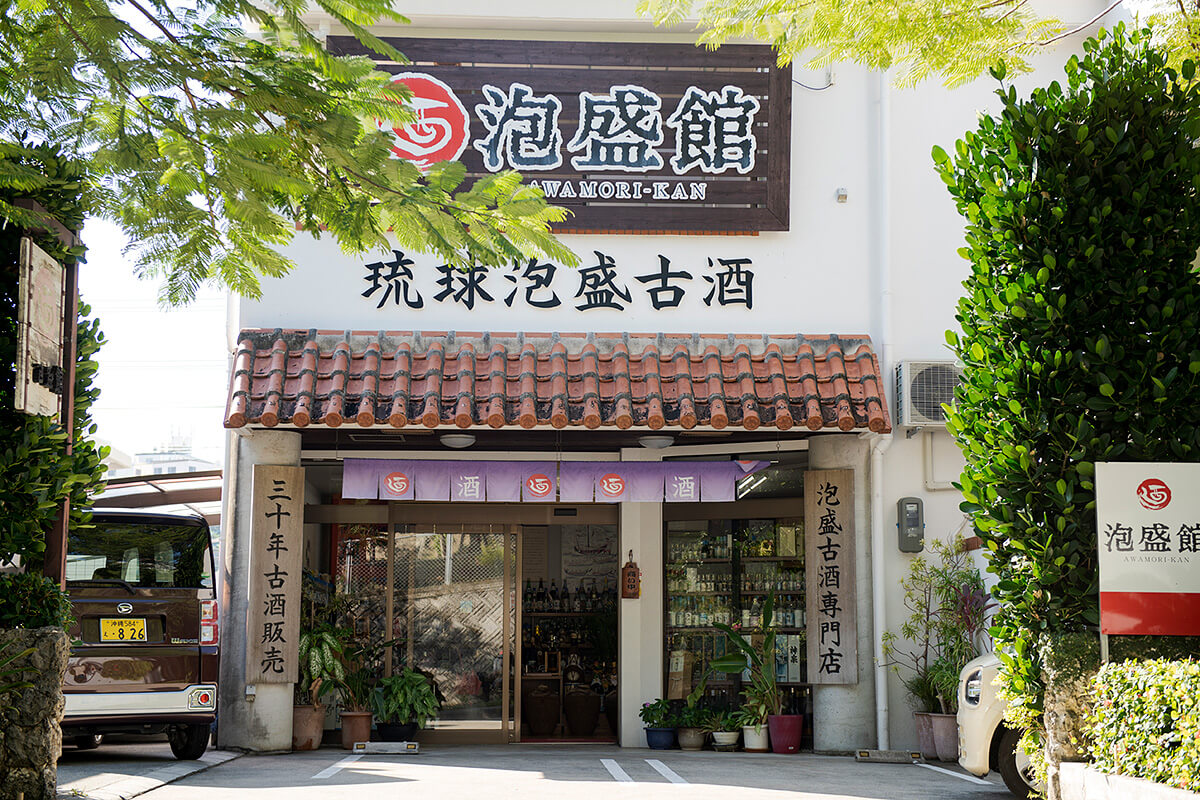 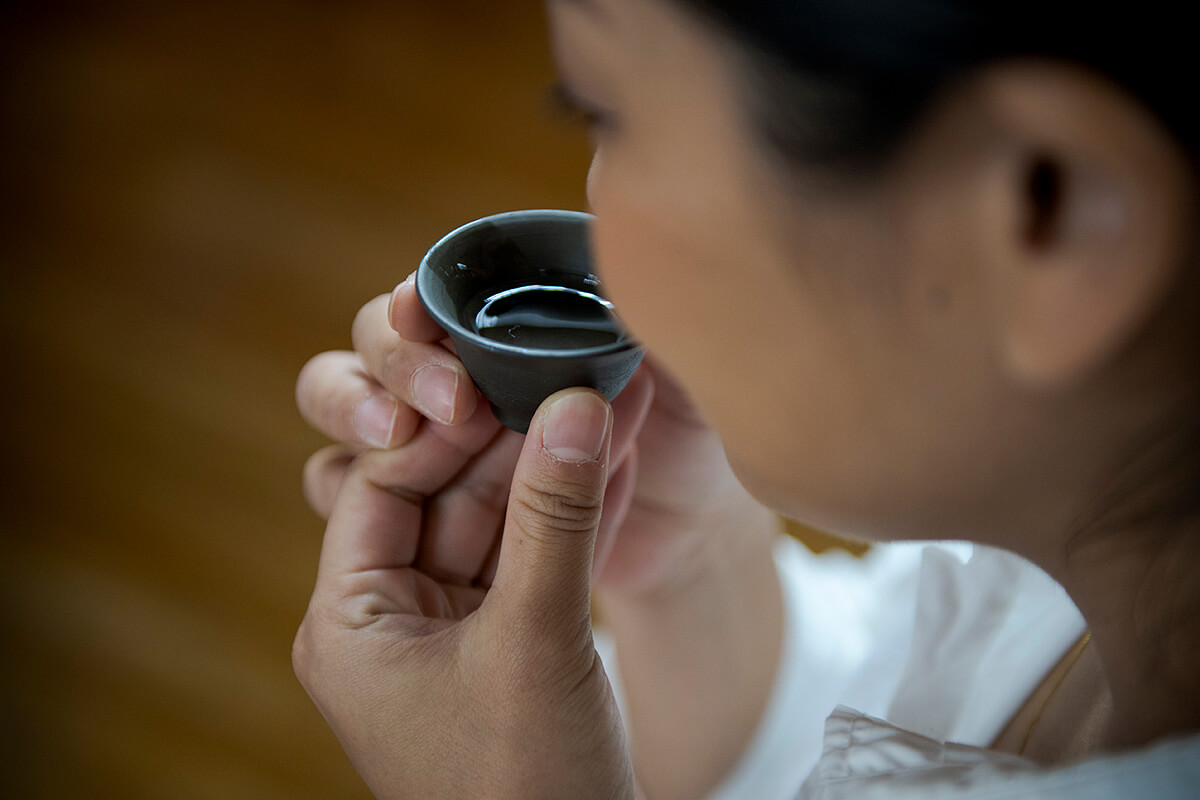 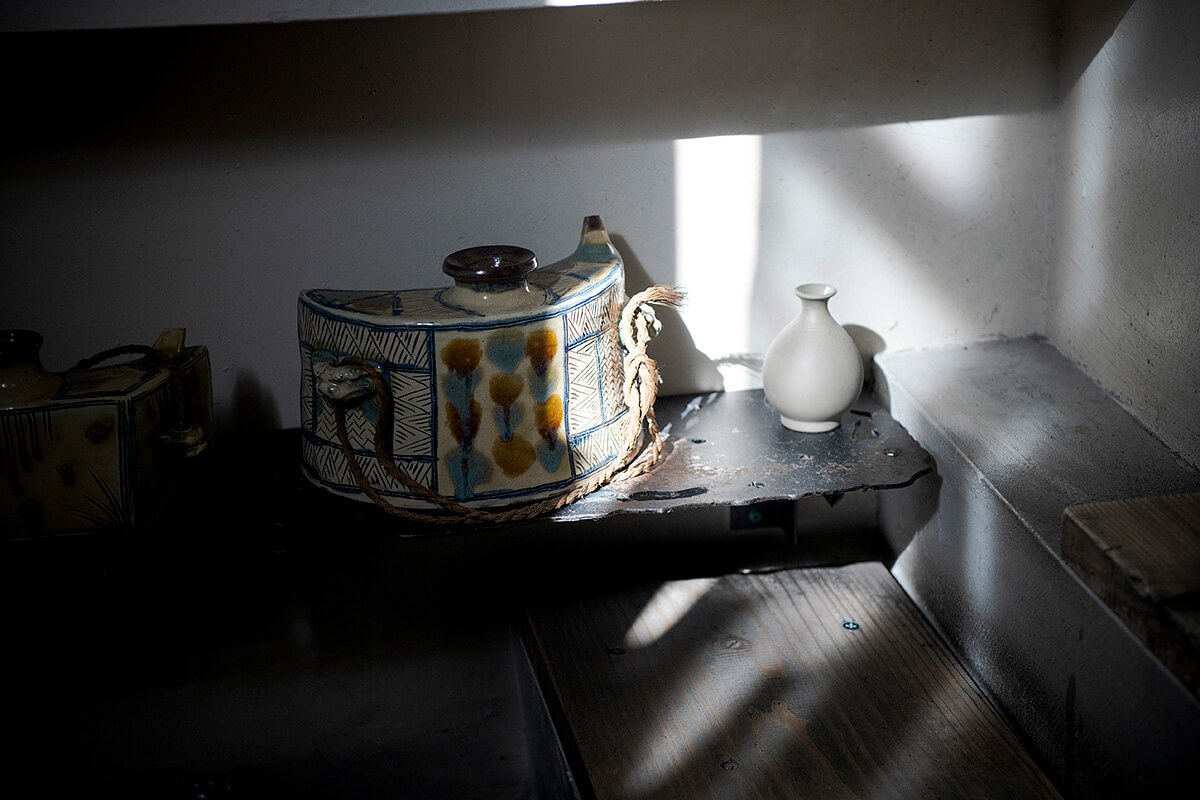 Back to the stone road, I headed toward my next destination, the Awamori-kan (Awamori Museum), which houses a collection of awamori from all 48 distilleries in the prefecture, covering 200 brands and a 1000 varieties to choose from, this place is a must-see place for anyone interested in understanding the breadth and depth of awamori in Okinawan culture. It would be hard to imagine a more enticing place for fans of awamori, a museum that not only has an enormous array of highest quality awamori on display, but where you can also purchase your fancy, and a lot of it is even available to taste! But there is more to Awamori-kan than just a repository of fine spirits. The Curator and President Akiyoshi Miyagi is on a mission, and he has dedicated the facility, and its wares, to increasing the profile and appreciation of fine aged awamori. Judging by the quality of the awamori I tasted, and knowing it will only get better with age, he is well on his way to achieving this goal. 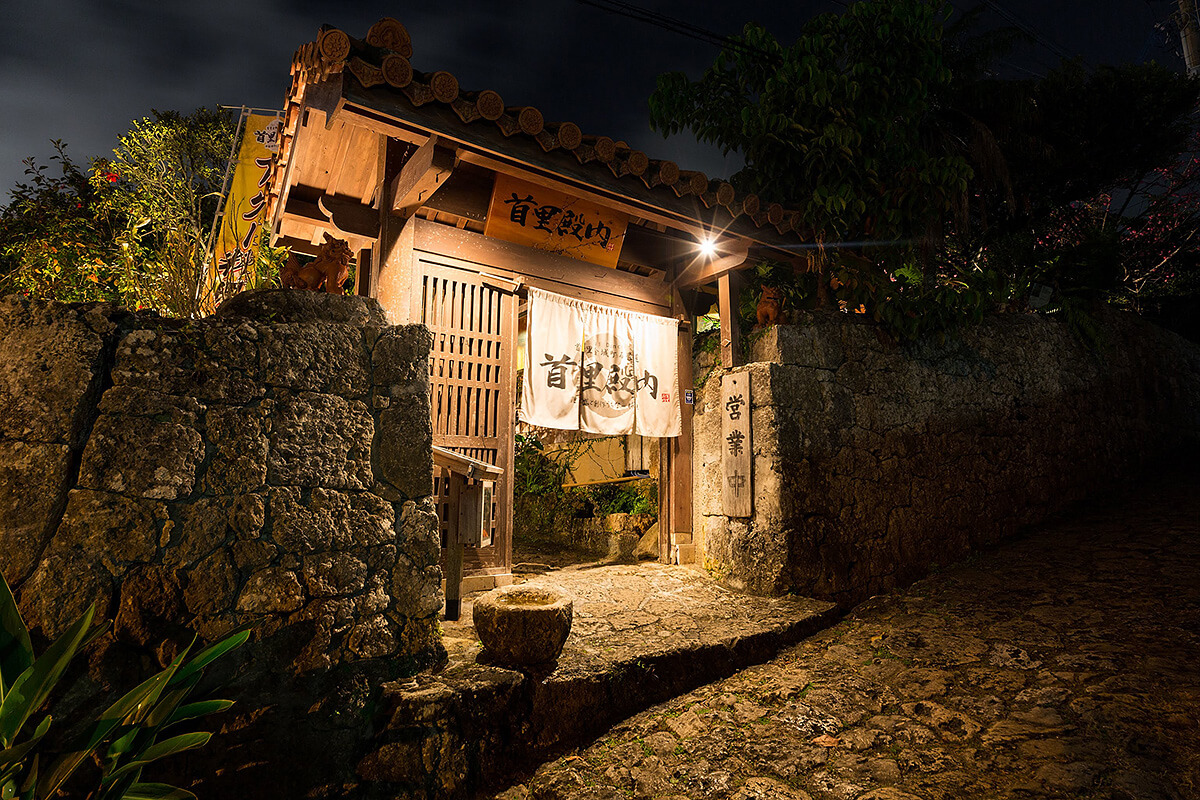 While tasting awamori is a treat, combining it with good Okinawan food takes the drink to the next level. I headed back to a restaurant I passed at the foot of the stone-paved road that looked straight out of the Ryukyu Kingdom era. My initial impression of Sui Dunchi from the outside was soon confirmed as I made my way to a sunken table in a tatami room overlooking a gorgeous koi (carp) fishpond. It was like I had stepped back a couple of centuries for my evening meal.

I came to learn that while the restaurant is nestled into a very old corner of Shuri, the building itself is only 10 years old, and recreated in the style of a restaurant often visited by officials and bureaucrats in the heyday of the Ryukyu Kingdom. I thought that if they carry off their menu as successfully as they do the interior decoration, I would be in luck. I wasn’t long into my ten-course, very reasonably priced, traditional Okinawan set course meal before I knew my instincts had once again proved correct. I was particularly impressed that the restaurant exclusively uses local ingredients, and even have their own piggery to ensure the best quality Agu pork is a highlight of the menu. It goes without saying I took advantage of their extensive selection to add a couple more servings of awamori to my day’s tally, the taste seeming to improve with each glass.

A quick tour through Sui Dunchi’s on-site folk museum and both my head and belly had reached their natural capacity.  While I had spent the day filling the gaps in my knowledge of awamori, and was pretty much exhausted, I found myself with a silly grin on my face in the taxi on the way home. Fascinating surroundings, exquisite food and a richer relationship with my new drink of choice mean more visits to Shuri are in store for me I suspect. 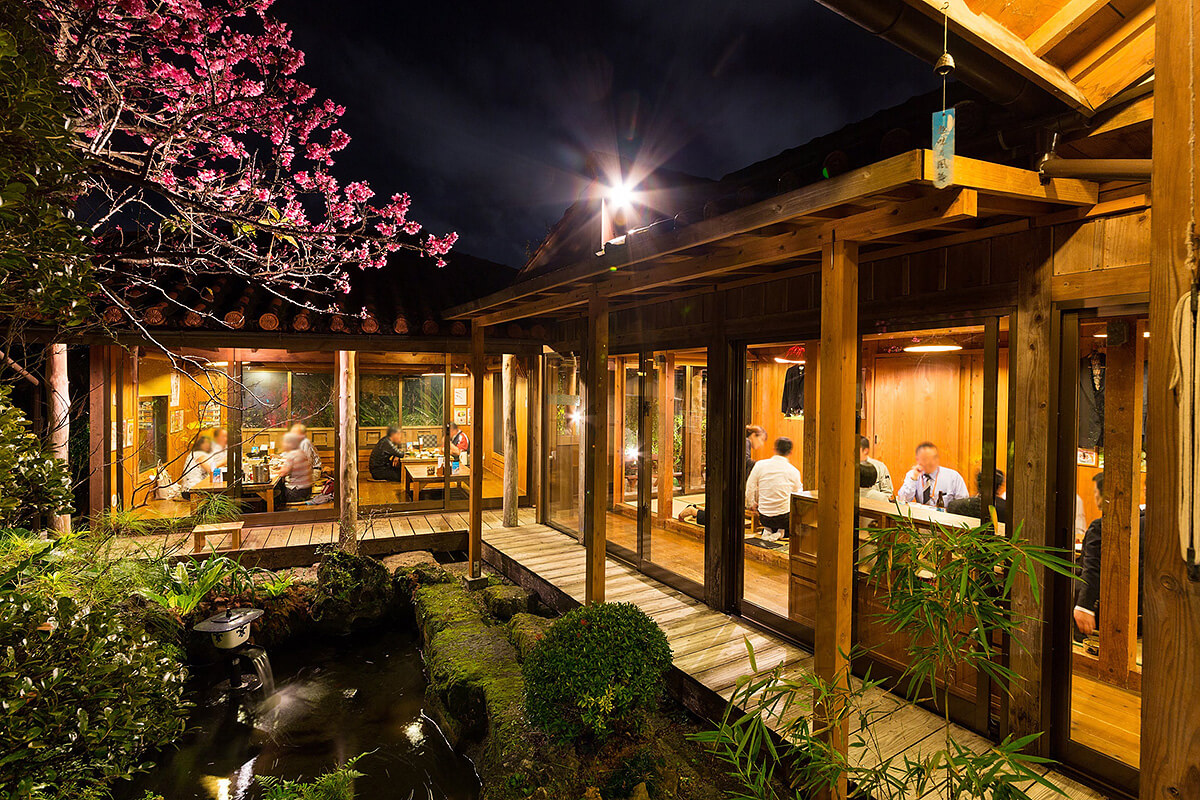 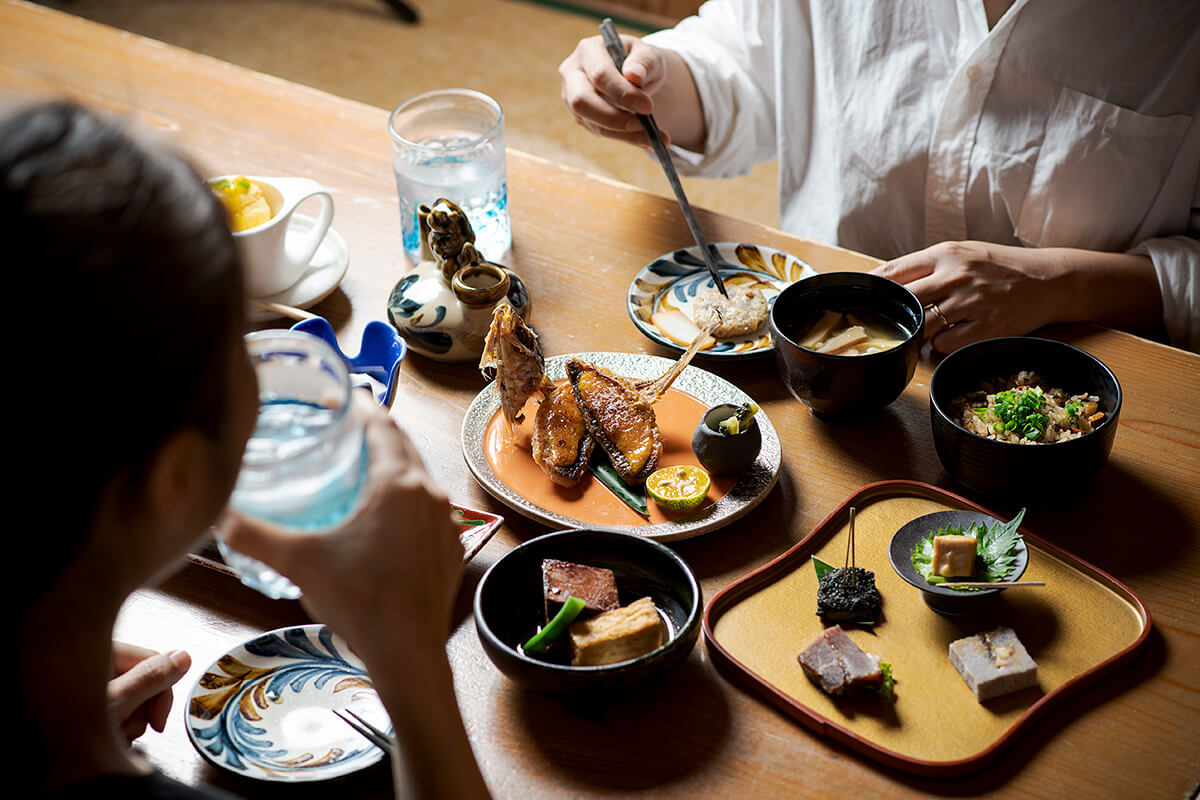 Text by Steve Jarvis
Steve Jarvis is a long-term resident of Japan who has recently relocated to the Okinawa Prefecture.

Sui Dunchi *Only in Japanese

The traditional cuisine of Okinawa was developed during the Great Trade era ...
Read More

Southern Okinawa Main Island has a long history dating from the age of Ryukyuan mythology up to the present time. Sefa Utaki and Kudaka Island, home to many Ryukyuan myths, are worshipped as sacred places, and the prosperity of th...
Read More