Northern Okinawa called “Yanbaru” is the rich nature scenery area. The most popular attraction in this area is definitely Okinawa Churaumi Aquarium. Start your trip from there, and enjoy driving in Yanbaru to find the beautiful nature, gourmet and local products.

Enjoy Okinawa soba while feeling the gentle sunlight, and head to Nakijin. After enjoying the spectacular drive to the remote island, Kouri Island which is connected by a bridge, head to Nago City where is close to Kyoda IC of Okinawa Expressway. Let’s take a tour and learn how the local Orion Beer is produced at the factory. 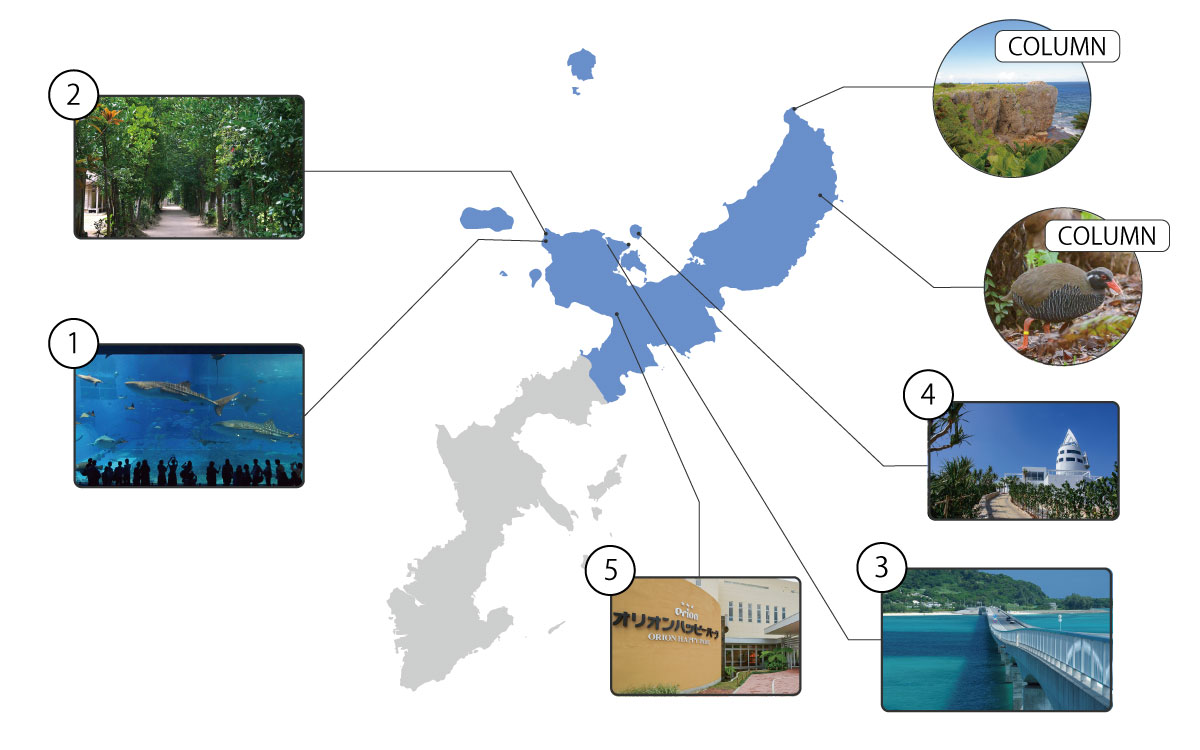 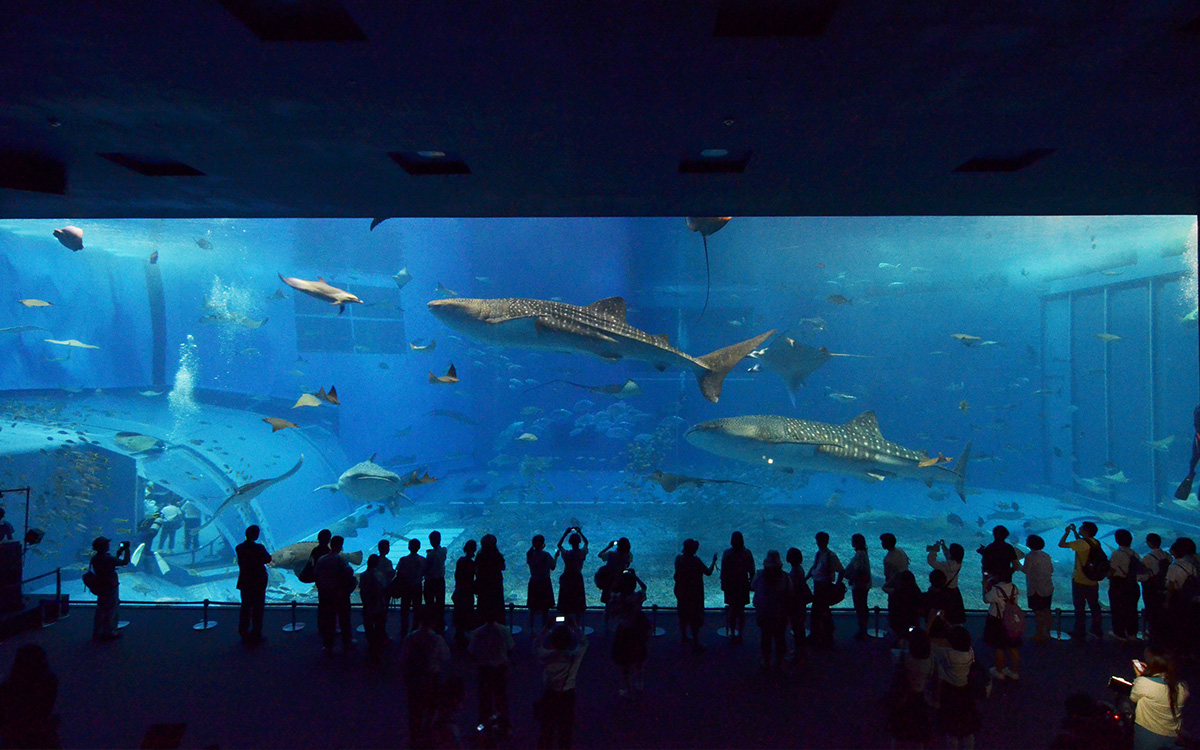 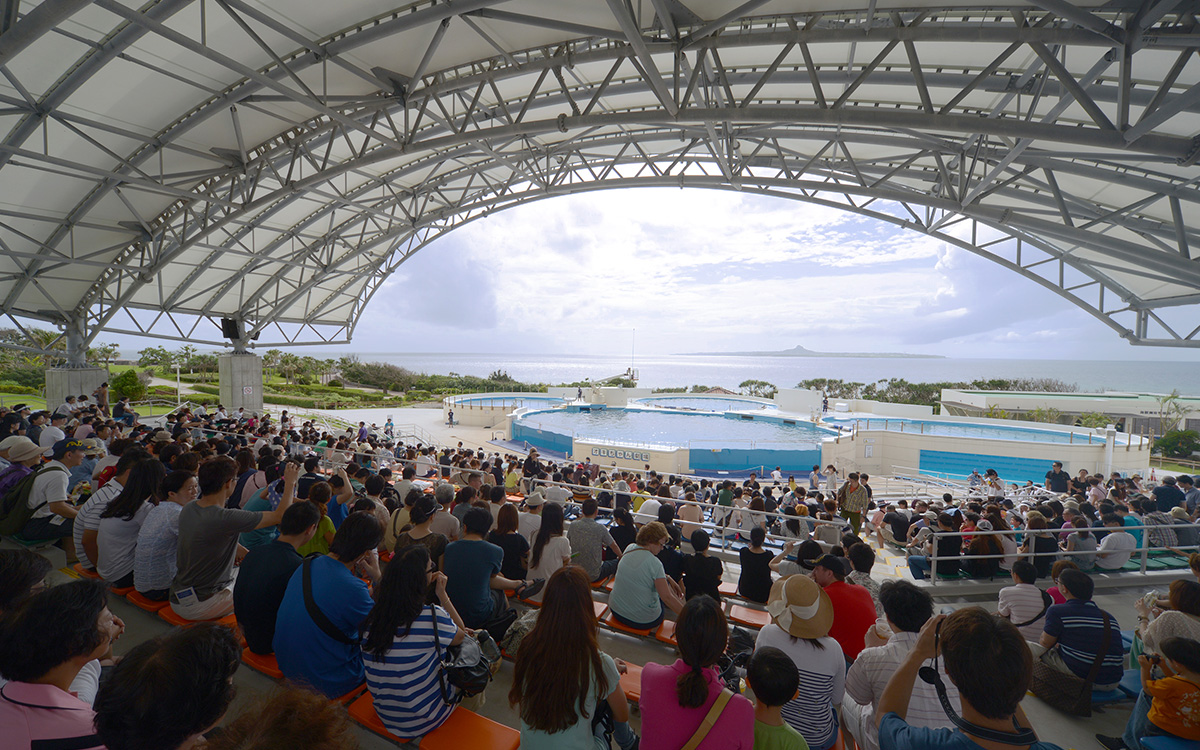 Okinawa Churaumi Aquarium within the Ocean Expo Park is the spot where sea creatures that inhabit in the sea around Okinawa are exhibited. You might feel like it is in the underwater world of Okinawa. The highlight is when whale sharks swim comfortably in the big water tank “Kuroshio Sea.” You can see and touch sea cucumbers and starfishes at “Life in Inoh” (Touch Pool), and coral reproduction Are Exhibited at “Coral Sea.” 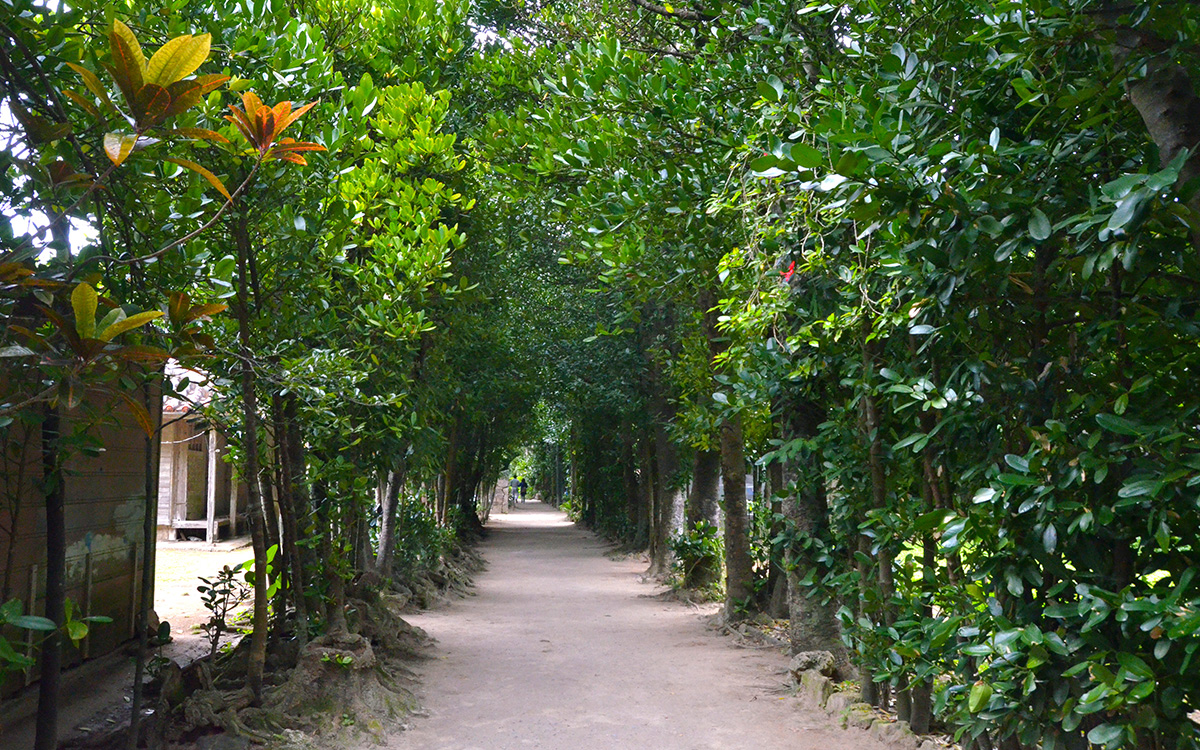 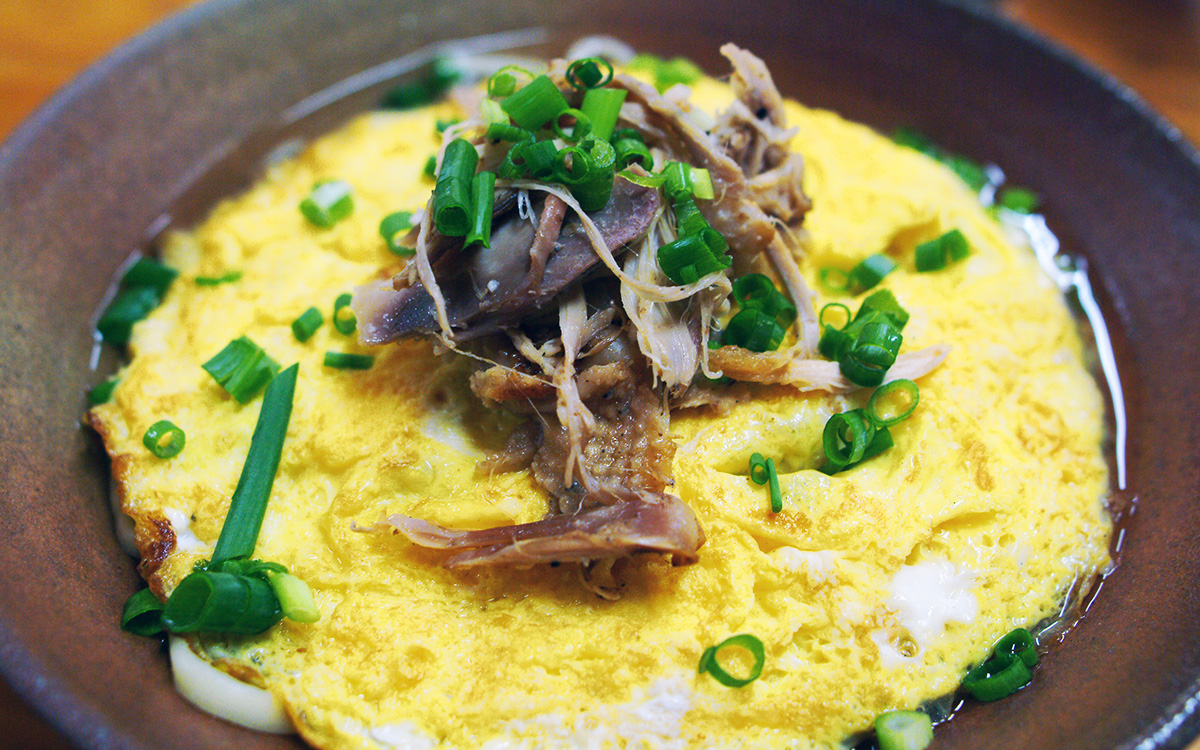 Bise Fukugi Trees, which is a windbreak to protect the seaside village, is a beautiful area. As the old style of tiled-roof houses remain here and there, and the nostalgic sceneries spread out in this area. While walking such a village, Kokko Shokudo would be the choice for lunch. The Okinawa soba called “Jidori Ougon Soba (golden soba with local chickens)” is that the chicken broth soba topped with a fluffy egg omelet and flavorful chicken meat. Relax and enjoy the time with soba. 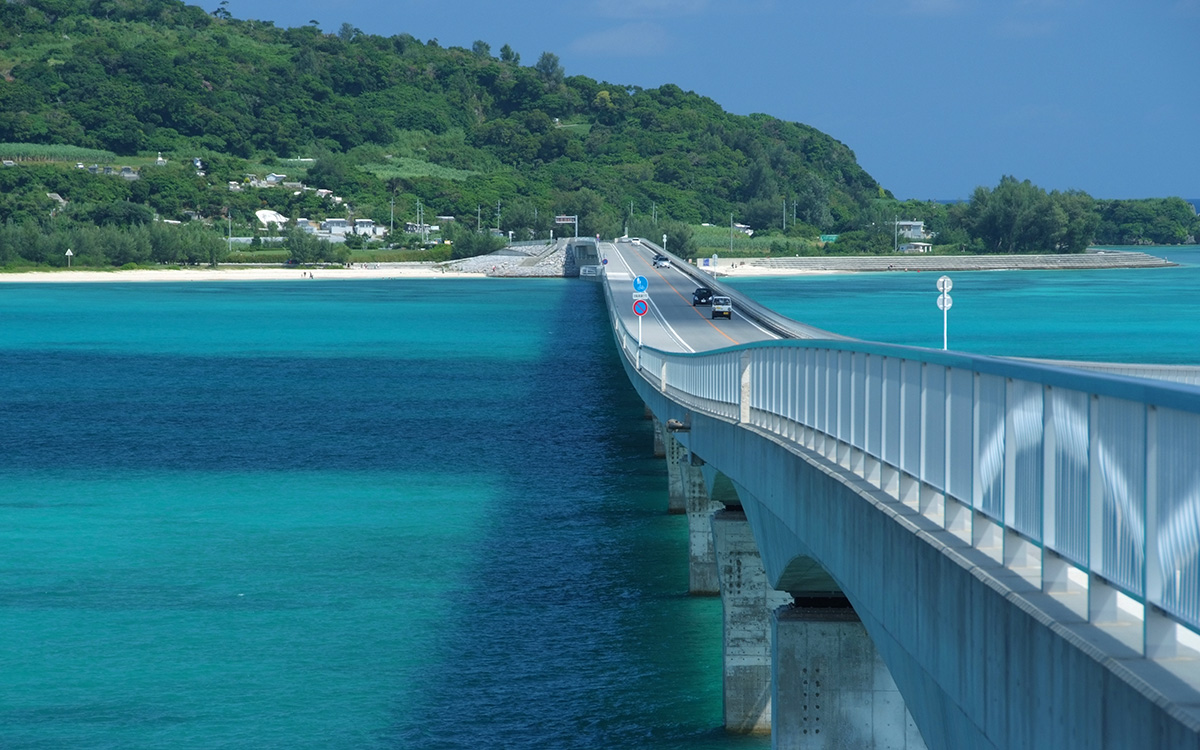 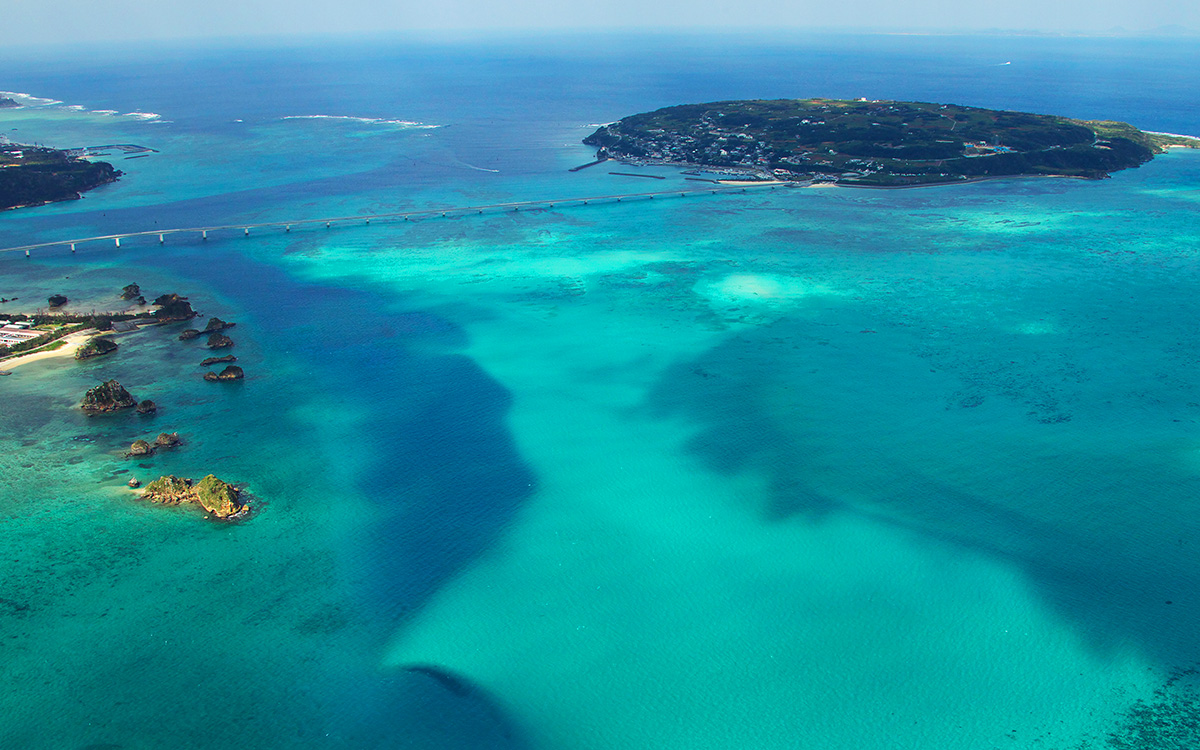 A remote island named Kouri Island is approximately 8 kilometers in circumference, and it is accessible by car. The small island surrounded by the emerald green ocean has more cafes and accommodations in recent years, and they attract tourists. Kouri Bridge is the bridge which connects Kouri Island and Yagaji Island (Okinawa Main Island side). One of of the clearest ocean in Okinawa spreads out of car windows, and you might feel like driving on the ocean. 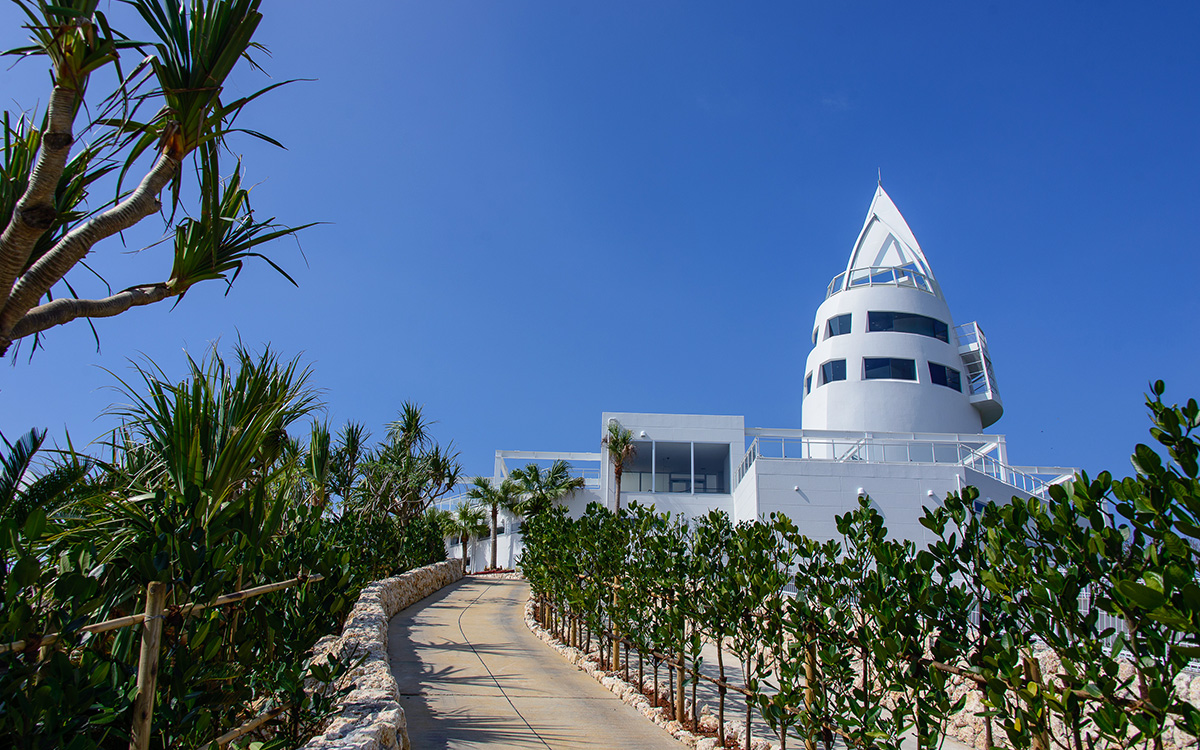 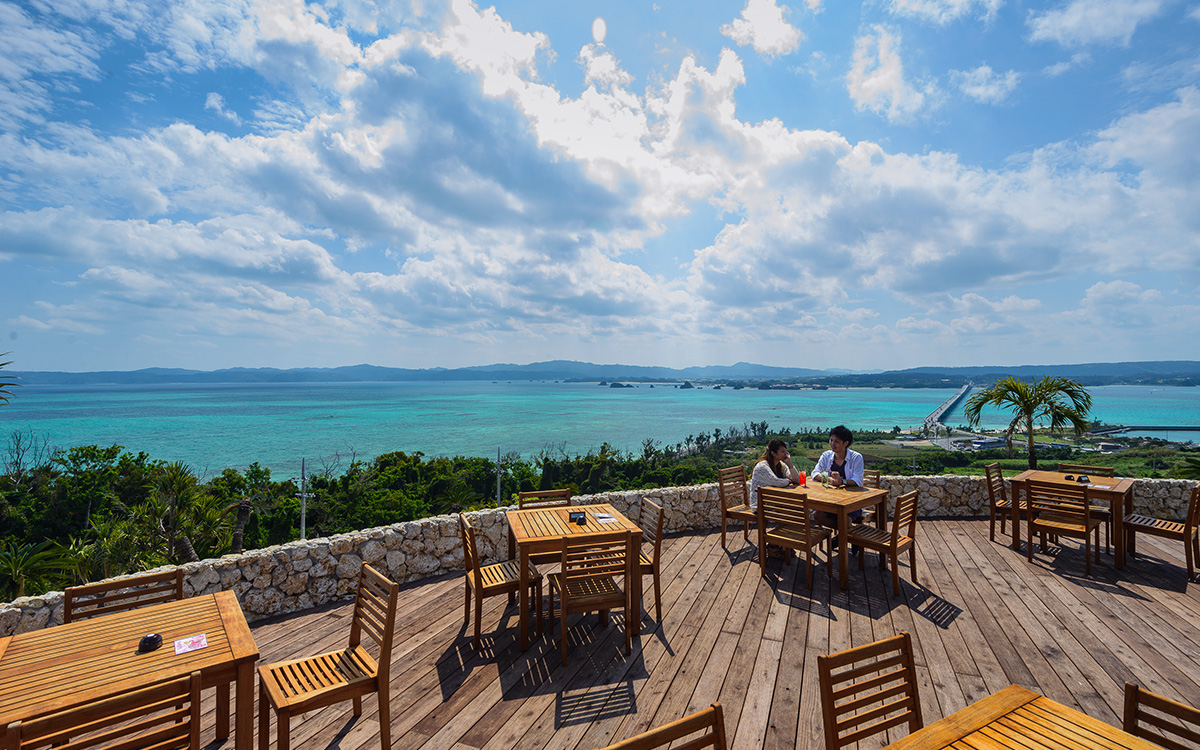 Kouri Ocean Tower was opened in November 2013 on a hill of Kouri Island. In the facility, you will ride on a electric cart (automated) to get to the observation tower through a garden with a waterfall. You can enjoy a superb view by overlooking the beautiful sea and Kouri Bridge. The restaurant with all seats with ocean view, Shell Museum that you can see and learn about shells, and a shop are also located as well. 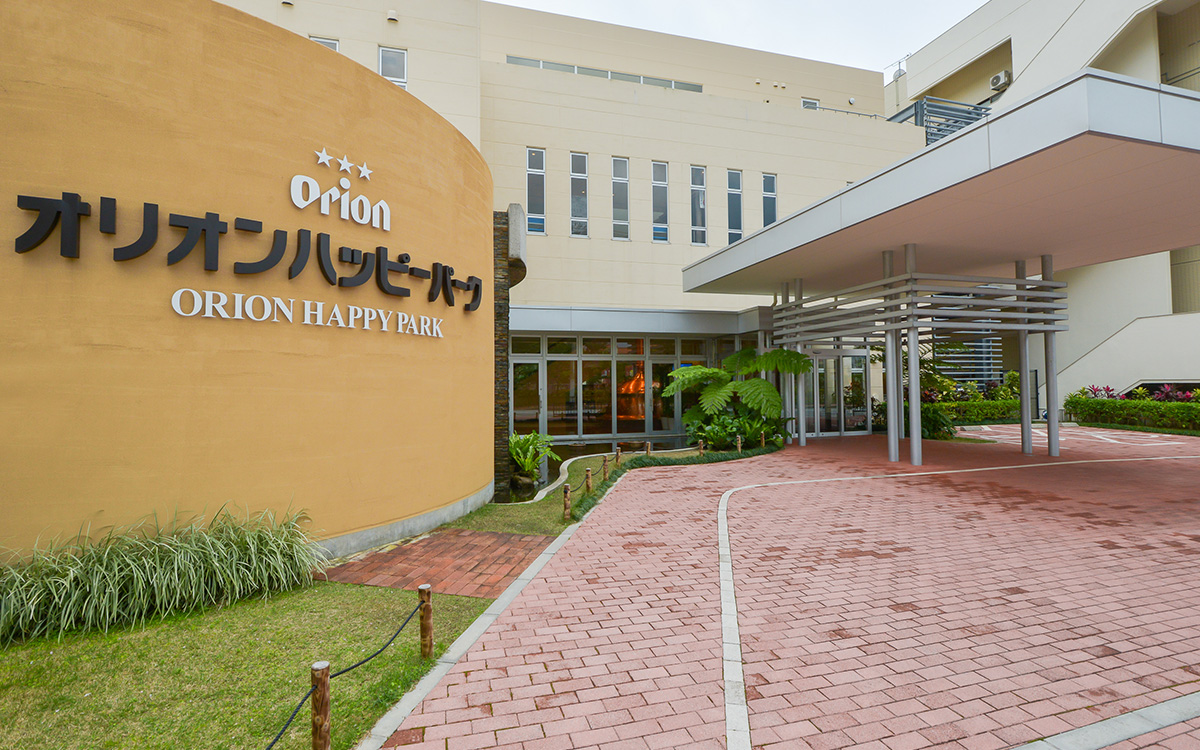 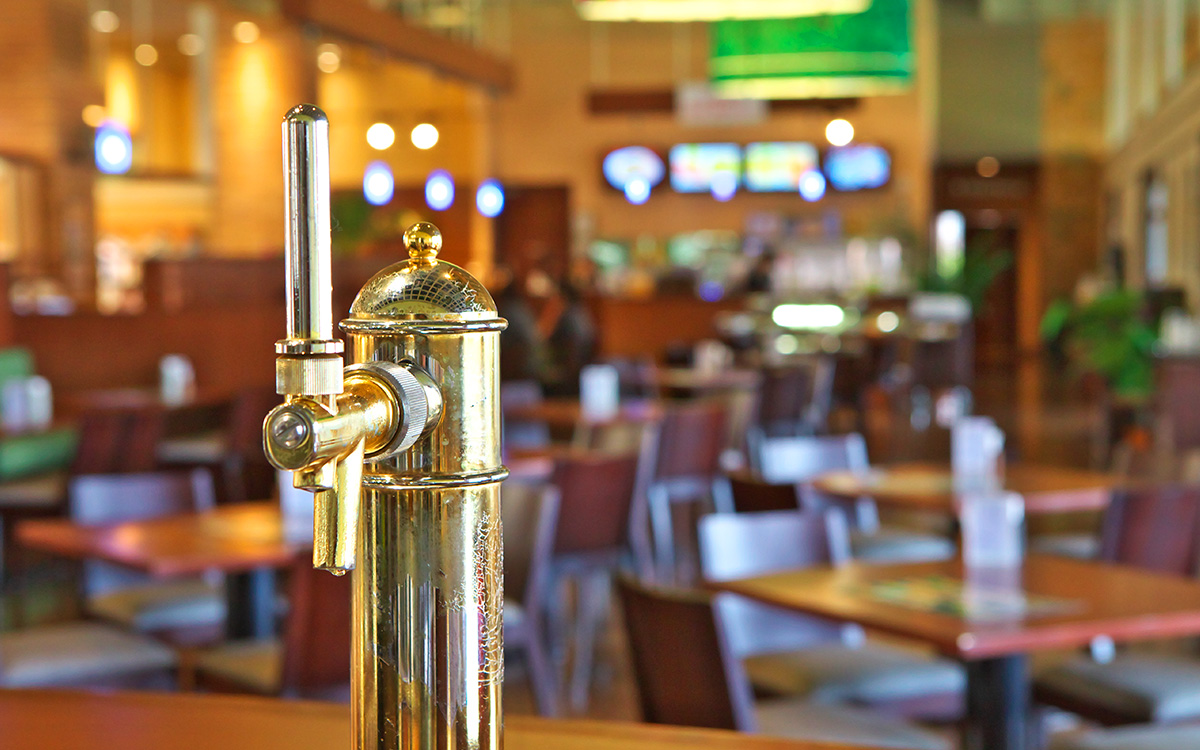 When it comes to the representative beer of Okinawa, it must be Orion Beer. Orion Happy Park offers a tour of the factory and beer tasting to teach the attractiveness of the local beer to visitors. The tour takes about 40 minutes. You can observe the process step by step from raw materials to the final product. After the tour, 2 glasses of fresh beer will be served at the restaurant named Orion Beer Garden which locates next to the factory. Soft drinks will be offered for drivers and minors to make a toast.

DO YOU KNOW A PLACE WHERE YOU CAN MEET THE ENDANGERED SPECIES OKINAWA RAIL?! 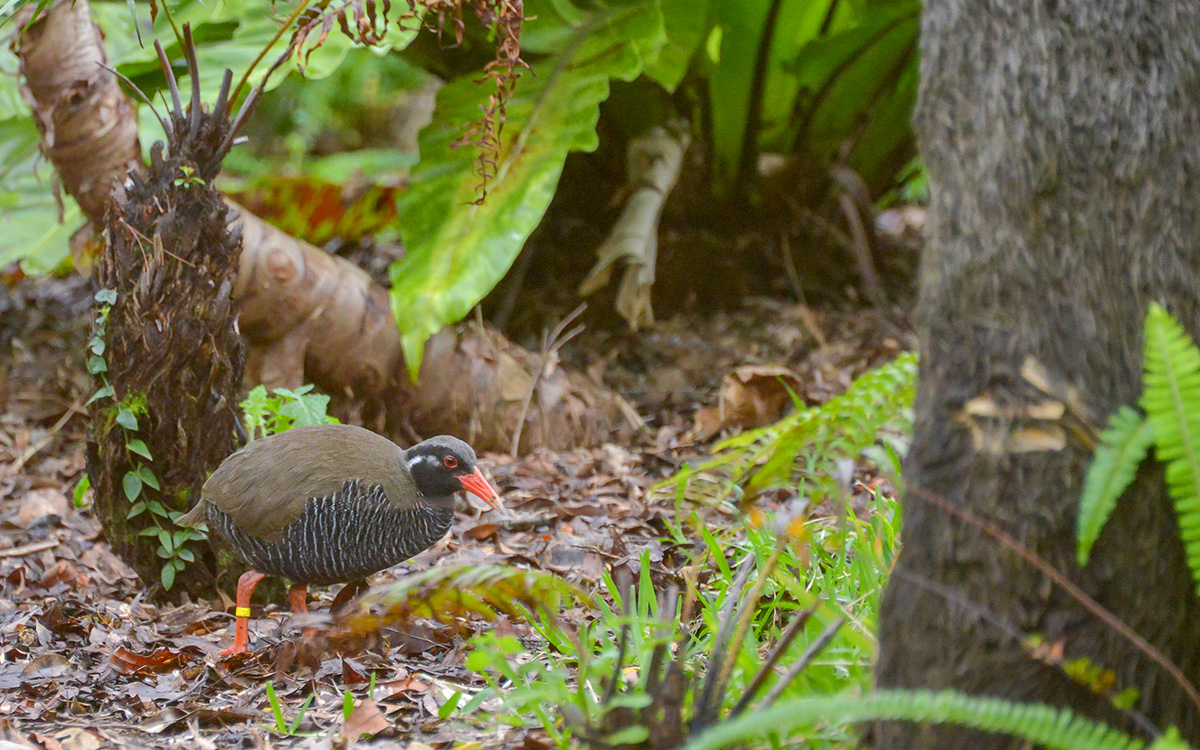 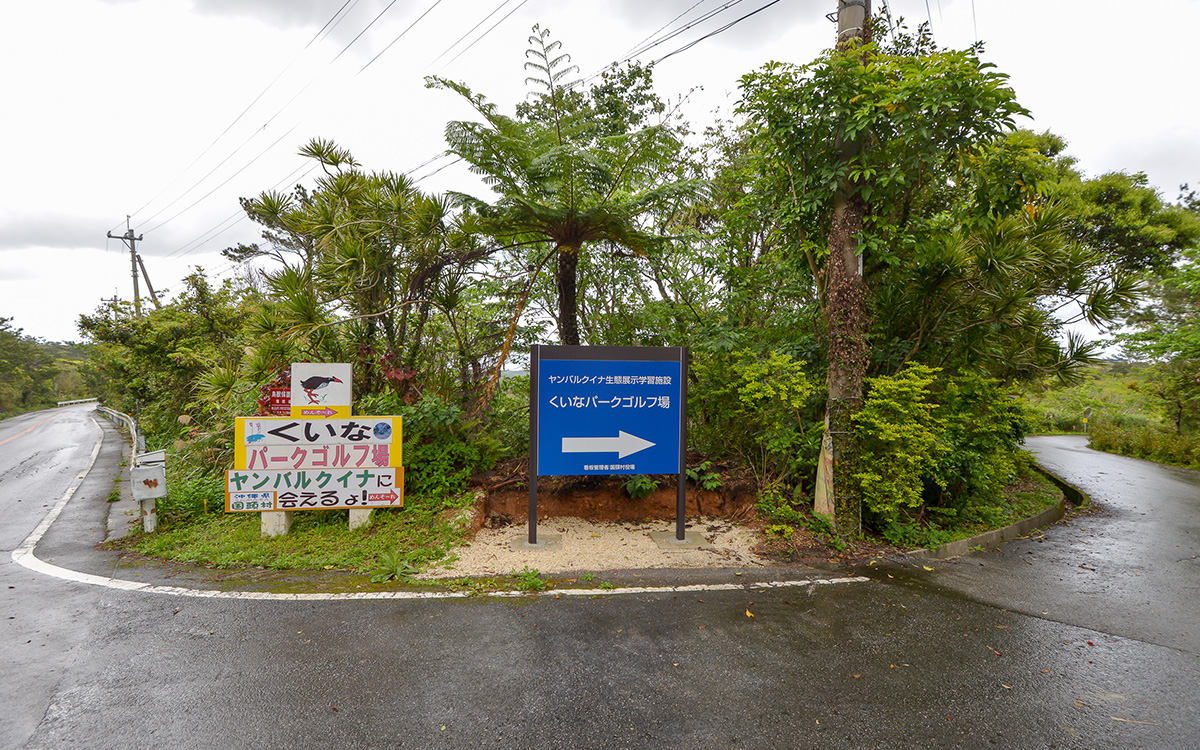 Named by public! Okinawa Rail “Ku-ta” runs throughout the ecology center
The Okinawa Railecology center “Kuina no Mori” was opened in September 2013 within Ada Kuina Fureai Park. You can observe Okinawa Rail, the national endangered species, as if it inhabits nature.Since Okinawa Rail is found only in Yanbaru area, Northern Okinawa, and it is even harder to encounter there. Let’s go see “Ku-ta” when you visit the north! 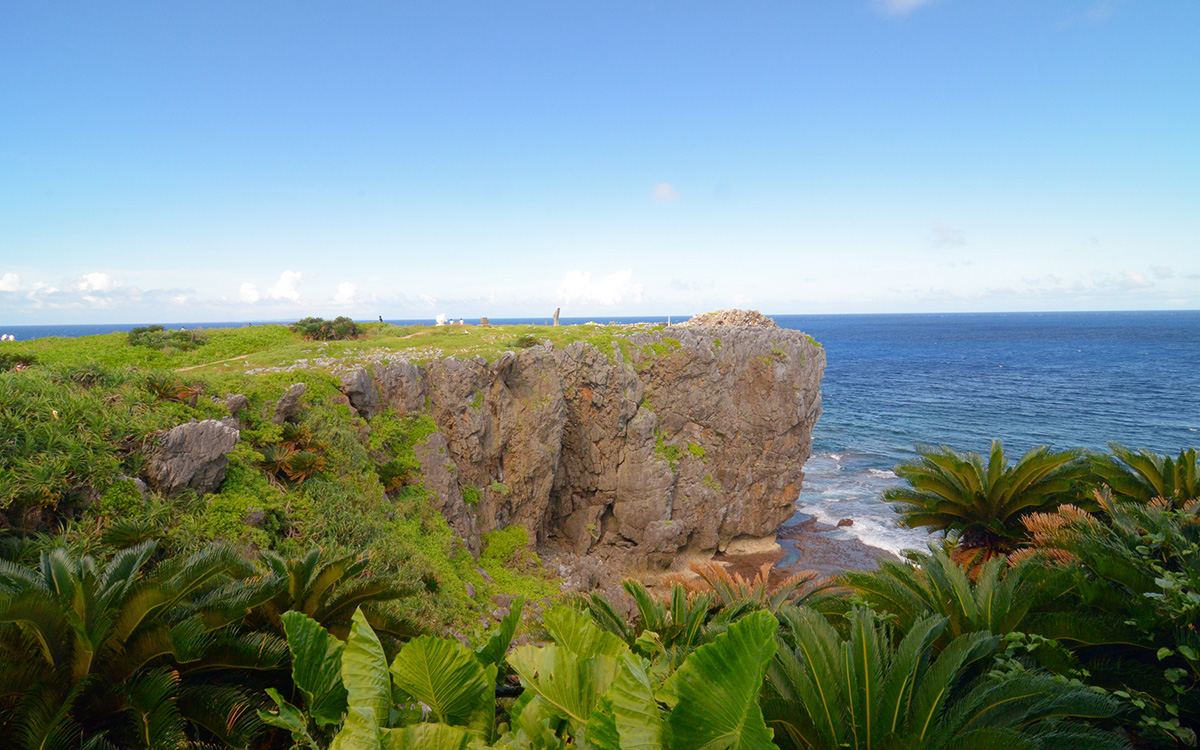 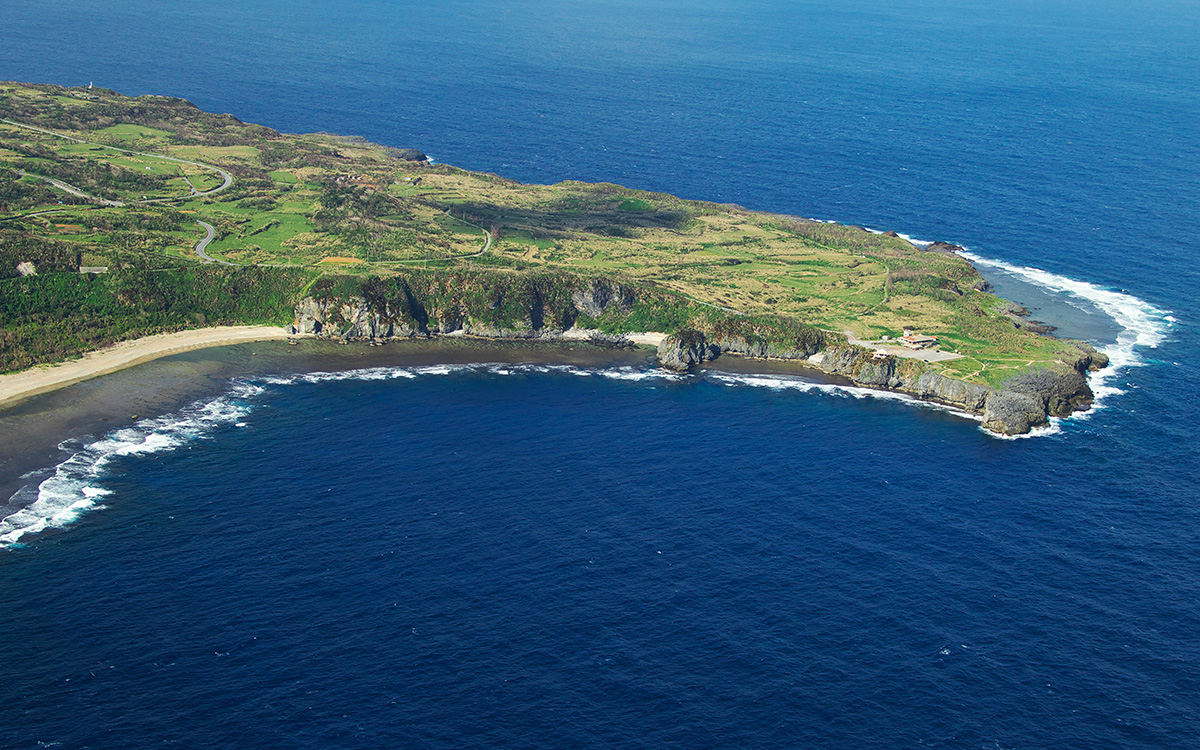 The Northernmost Point On Okinawa Main Island, Cape Hedo
Approximately 120 Kilometers From Naha Airport Toward North, There Is Cape Hedo, The Northernmost Tip Of Okinawa Island. You Can See The Dynamic Landscape With The Tempestuous Waves Of The Pacific Ocean And East China Sea Dash Against the cliffs. Yoron Island and Okinoerabu Island in Kagoshima Prefecture can be seen on the horizon from the elevated coral. The sea spreads as far as your eye can see, and it is also a great sunrise spot.