On October 31st, 2019, a large fire at Shurijo Castle destroyed nine structures including the Seiden main building. Following the tragic event, Okinawa received enormous support from mainland Japan and from abroad. Restoration is underway with the gradual process on display to locals and visitors alike. It is done with gratitude and a determination to restore the great Shurijo Castle. 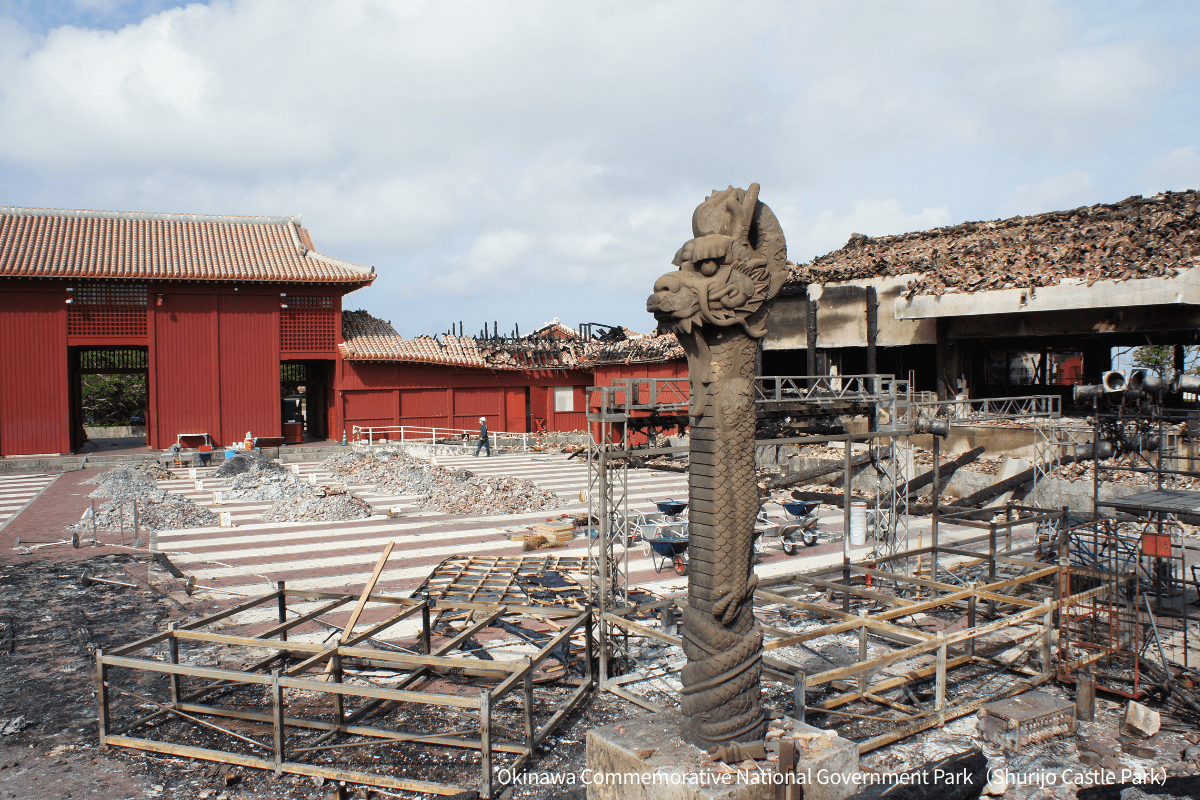 The reuse of red roof tiles and local volunteers at work

Shurijo Castle Park expanded the public access area the year the fire broke out. In 2020, the first year of reconstruction, the New Year’s Celebrations were solemnly conducted. Even during the added challenges of COVID-19, the clearing work at this World Heritage Site steadily continues, which meant that the remains of the Seiden area, and reopened to the public in February 2020. 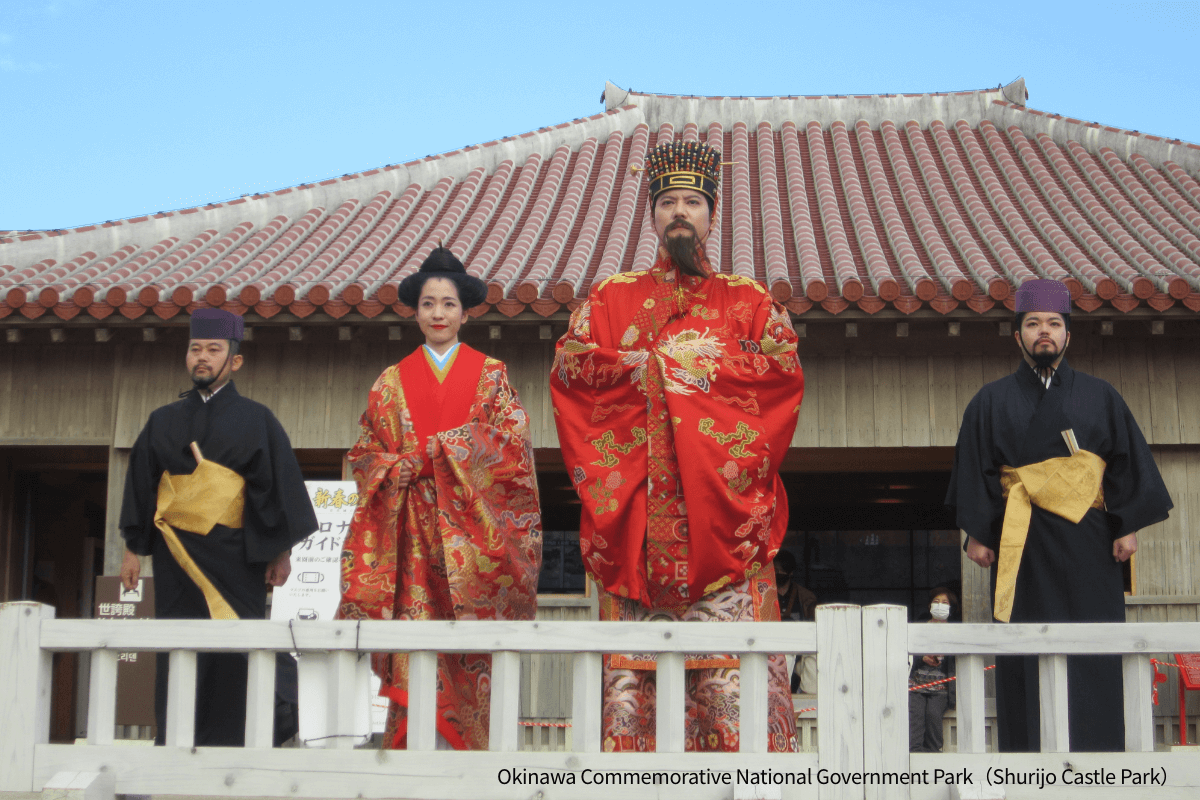 “Reconstruction on display” is not limited to just viewing the repairs or the damage to the Great Dragon Pillars of the Seiden. Effective use of limited resources is undertaken as local volunteers participate in removing fire-damaged plaster from the red tiles. Red tiles are also being reused in shisa-making craft activities for children. Reconstruction is being undertaken with a 21st-Century mindset to work efficiently and make best use of resources. These activities also unite the community as they help in the reconstruction of Shurijo Castle. 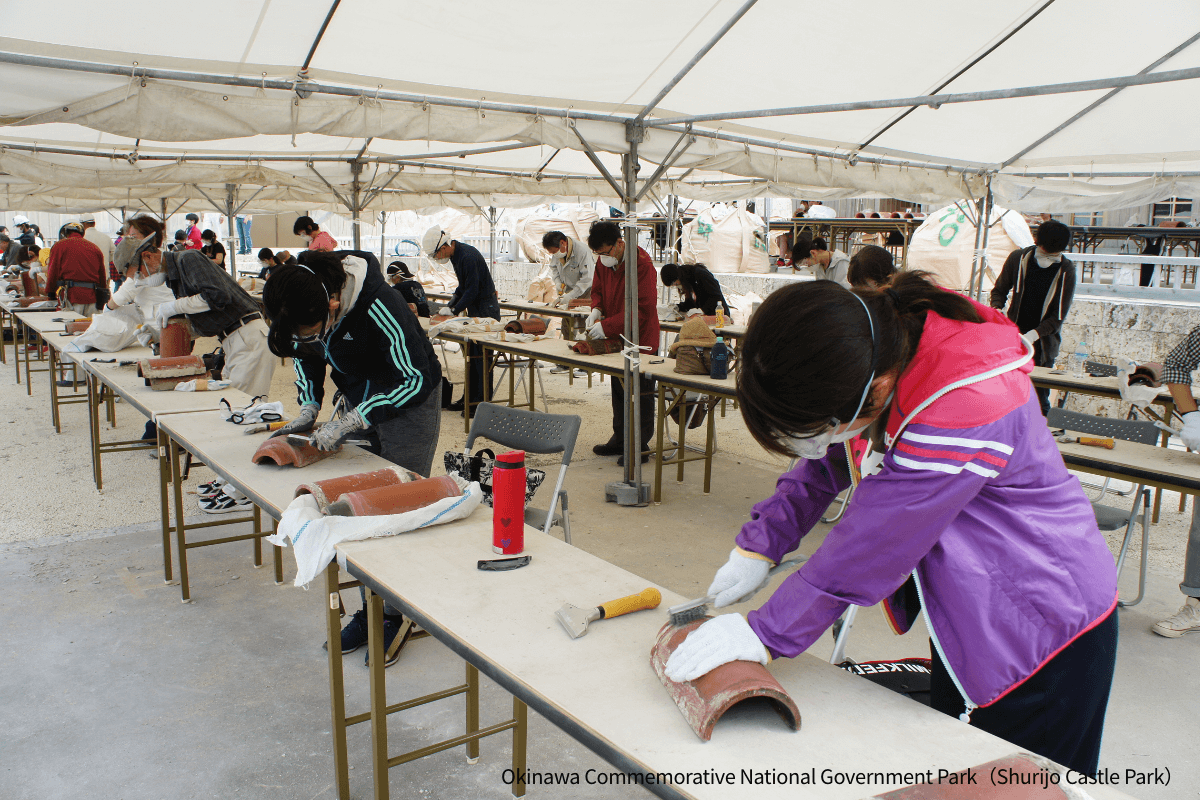 According to the technological examination committee, the reconstruction of the main building of Shurijo Castle will begin in 2022 with the goal of completion by 2026. Based on the lessons learned from the fire, there will be the installation of disaster-prevention equipment, along with new construction techniques that have been developed since the previous restoration in 1992. 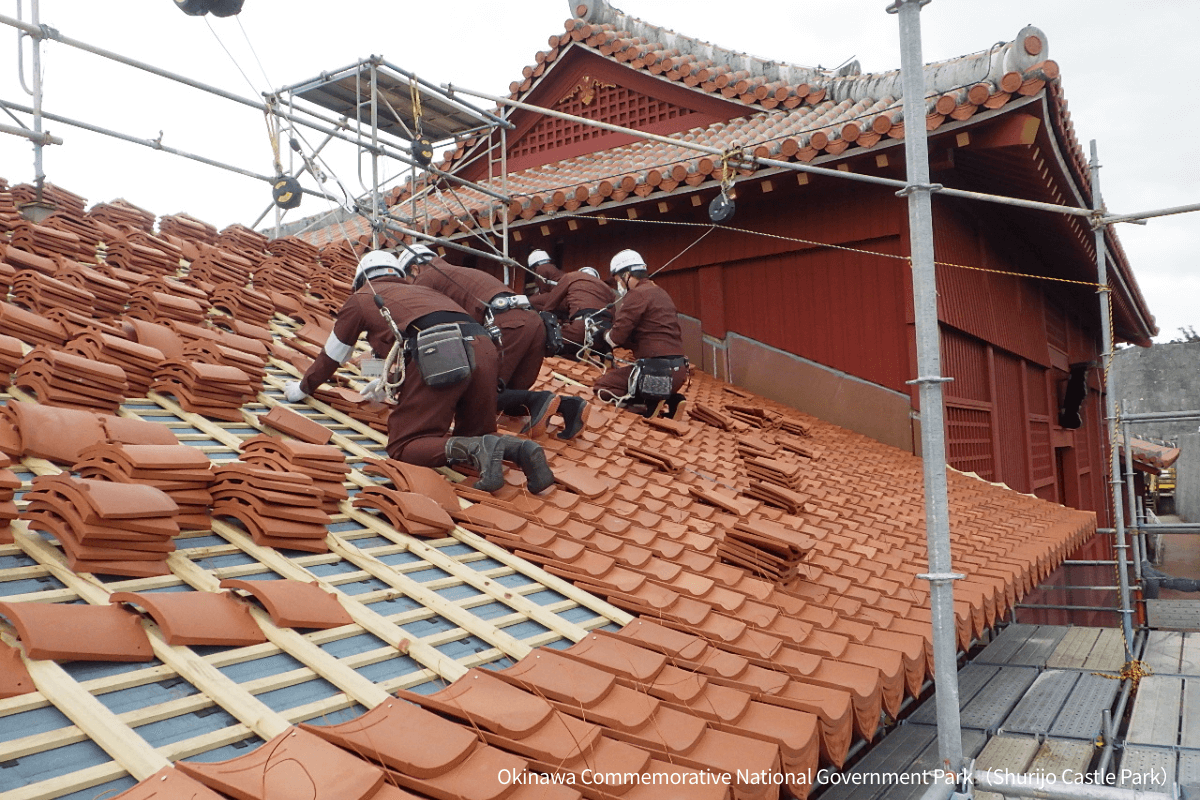 The road to the castle’s reconstruction is clear, but new questions have been raised. Should the Great Dragon Pillars that stand in front of the main building be facing forwards rather than facing each other, as they were before the fire? Regarding the surroundings of Shurijo Castle, there are many subjects to discuss including the preservation of the 32nd Military Headquarters Trench Remains. Okinawa Prefecture is also considering historical town development alongside the reconstruction of Shurijo Castle. 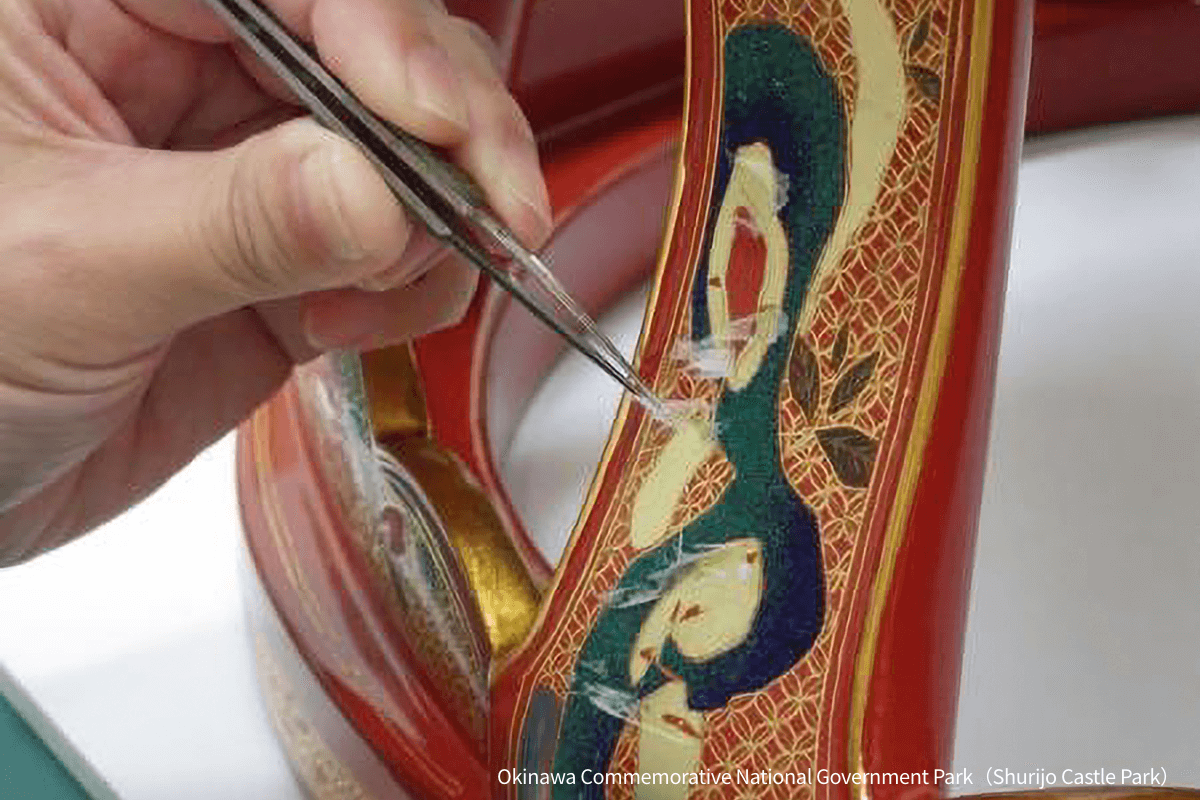 For around 450 years, Shurijo Castle was the site of the royal government of the Ryukyu Kingdom. It has a history of destruction by fire and war, but also of rebirth. Donations of more than 5 billion yen came from all over the world. This money will be used for the reconstruction of the buildings, as well to collect, restore and preserve nearly 400 precious arts and crafts that were destroyed by fire.

Posted on April 5th, 2021
Text by Kei Itaya
Magazine editor, writer, newspaper journalist in Tokyo and NYC for more than 15 years. Returned to her hometown of Okinawa in 2019.