Nanjo City is located in the southeast of Okinawa Main Island. Sefa-utaki, a World Heritage Site, and Kudaka Island, considered the island of the gods, are located in the city. In the myths, Amamikiyo is the goddess that created the Ryukyu Islands and there are many sacred sites in this area. The kings of the Ryukyus and royalty used to undertake Agariumai, meaning eastward pilgrimages, to these holy places. Tamagusuku Castle Ruins (Tamagusuku Jo Site), a stone fortification overlooking the Pacific Ocean, was one of these places of pilgrimage and worship. Today, visitors can get a sense of local history while hiking around the ruins of the castle, and are rewarded with panoramic views. 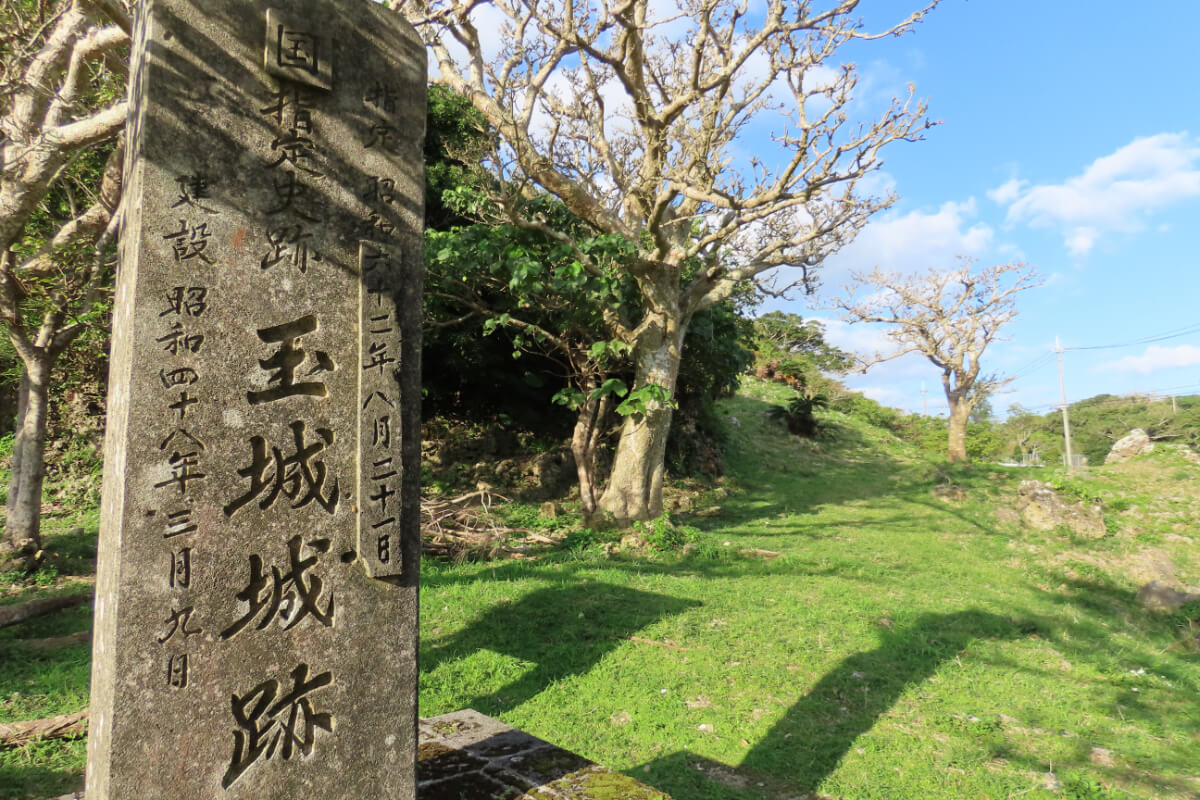 The last place for the pilgrimage

The history of Tamagusuku Castle is not clear, but local legends say that it was built by the goddess Amamikiyo. She came from the utopia called Niraikanai, located in the far east of the sea, then built the castle, raised children, planted rice and created the world for people. The islanders called her the soleishin (ancestor spirit) and worshipped her at sacred sites while offering their prayers for peace and bountiful harvests. 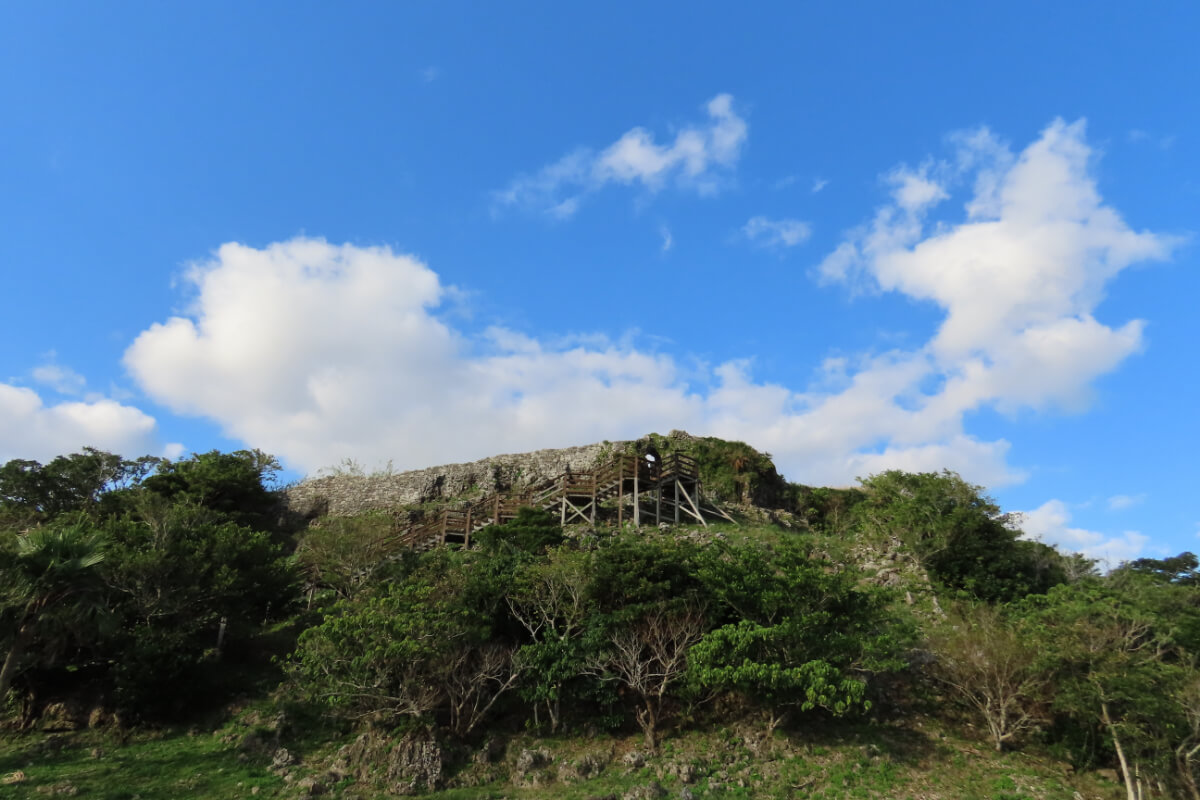 Religious ceremonies are always conducted facing east where the utopia Niraikanai is, and there is a special connection with the sun which rises from the east as well. Agariumai began at Shurijo Castle and journeyed to the various sacred spots that are located in Tamagusuku, Chinen, Sashiki, and Ozato in Nanjo City. Originally, Agariumai was an event for the king to pray for the prosperity of the kingdom and its abundant harvest, and it spread from the royal family to the warrior class, and the common people. Nowadays, the ruins of Tamagusuku Castle are the perfect place for hiking or relaxing the body and mind. 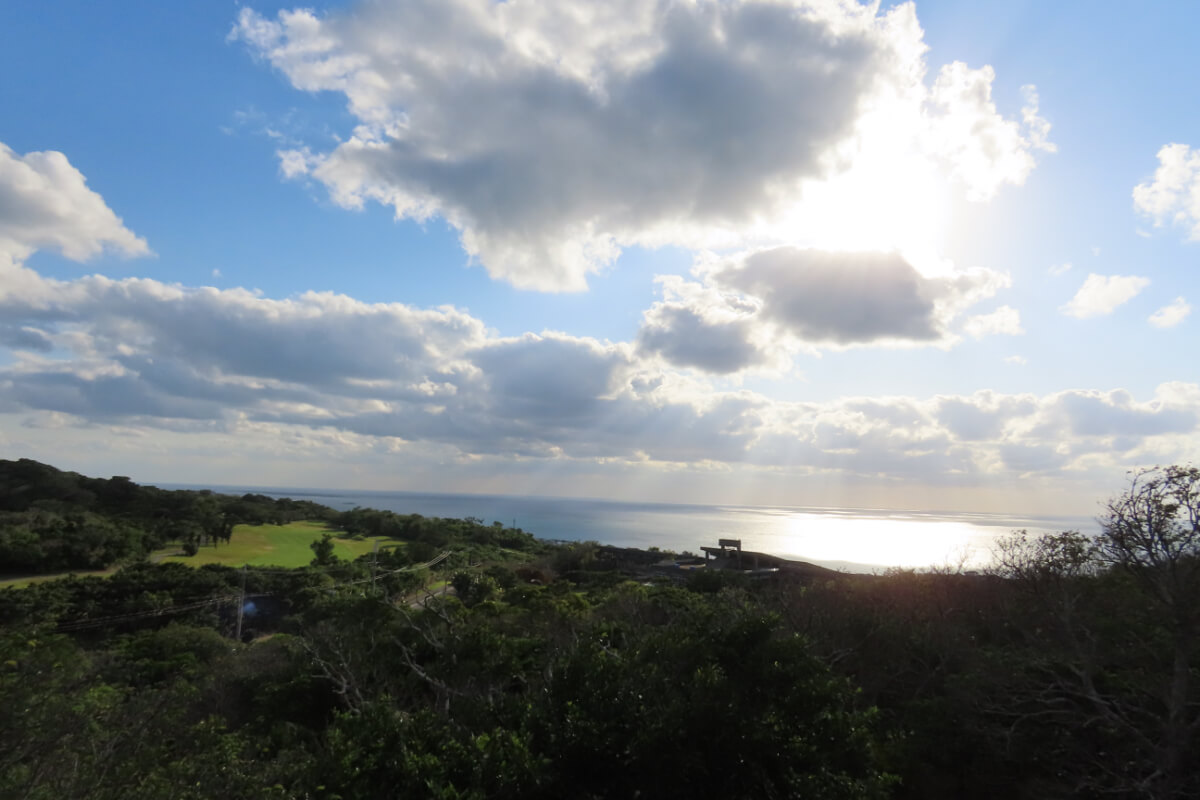 A castle blessed by sun and nature

The course of the agariumai was considered a national ritual route of the Ryukyu Kingdom. Starting from the Sonohyan-utaki Stone Gate beside Shurijo Castle, pilgrims would walk to places of worship in Yonabaru and then Sashiki areas. They then continued to the Chinen area and its sacred places before reaching Sefa-utaki. After that, they visited Chinen Castle and other spots before concluding at Tamagusuku Castle. The route visited a total of 14 sacred places. 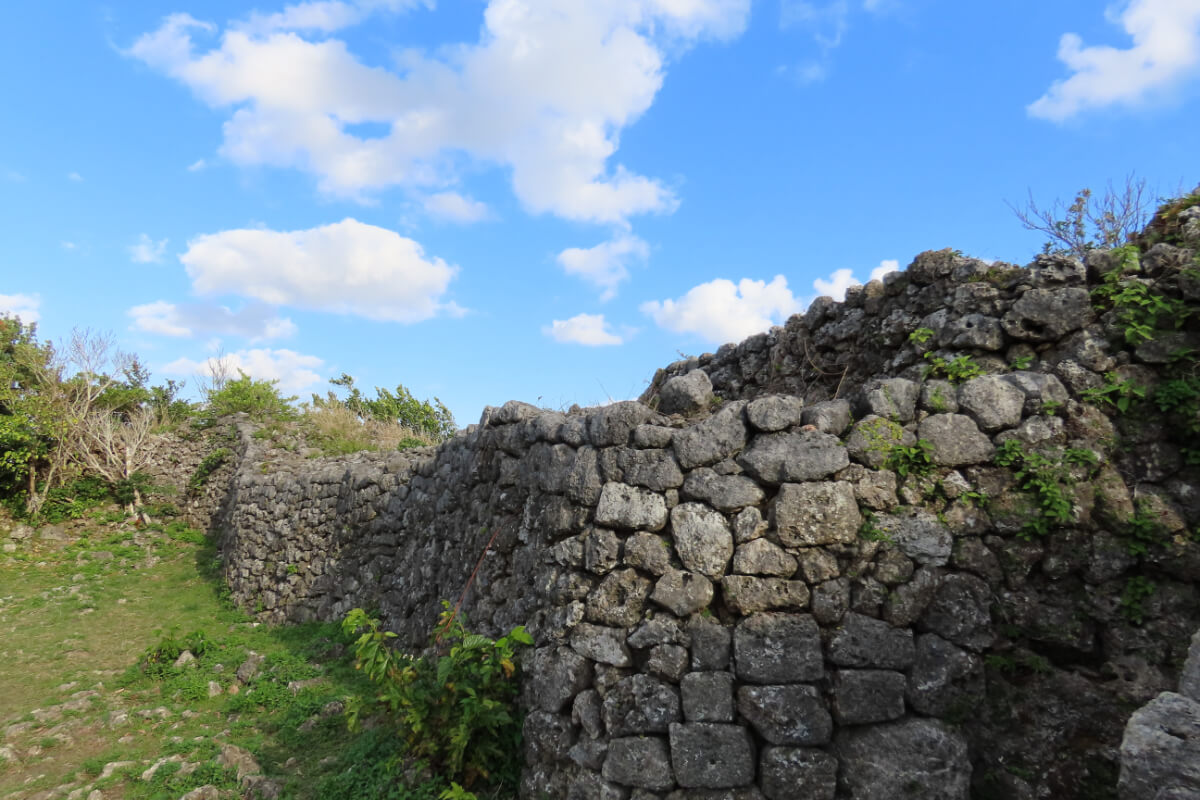 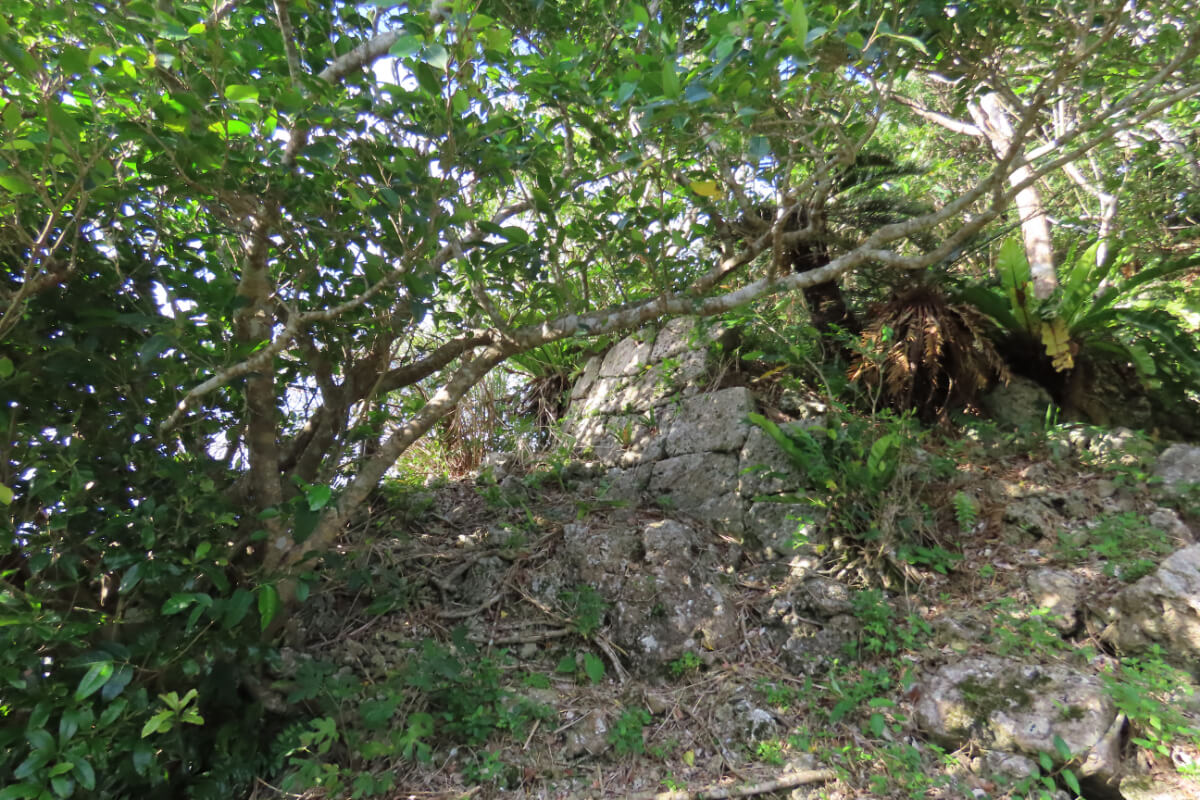 Today, visitors can stroll up and see part of the original Tamagusuku Castle walls on the hilltop. The rocks that made up much of the lower sections of the castle were removed and repurposed for the construction of American bases after the war. In these lower sections only the foundations remain. Walking through the ruins gives visitors the opportunity to consider its history. 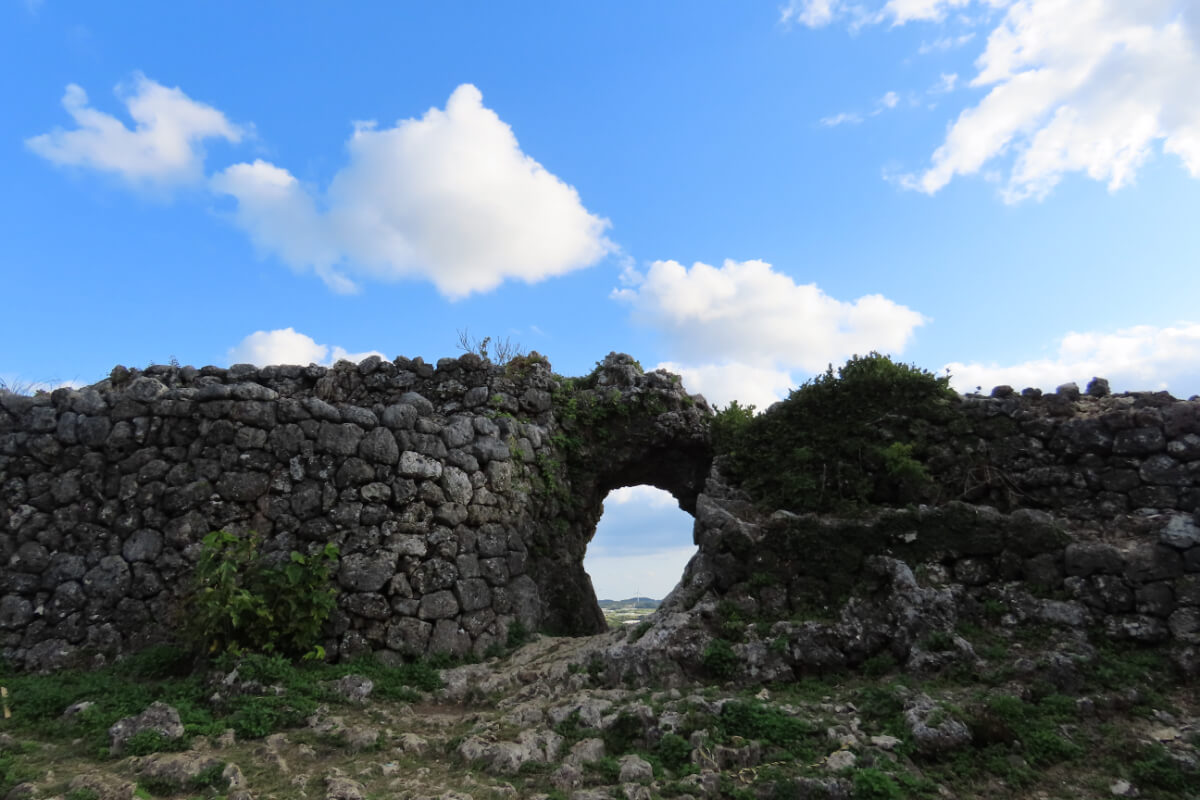 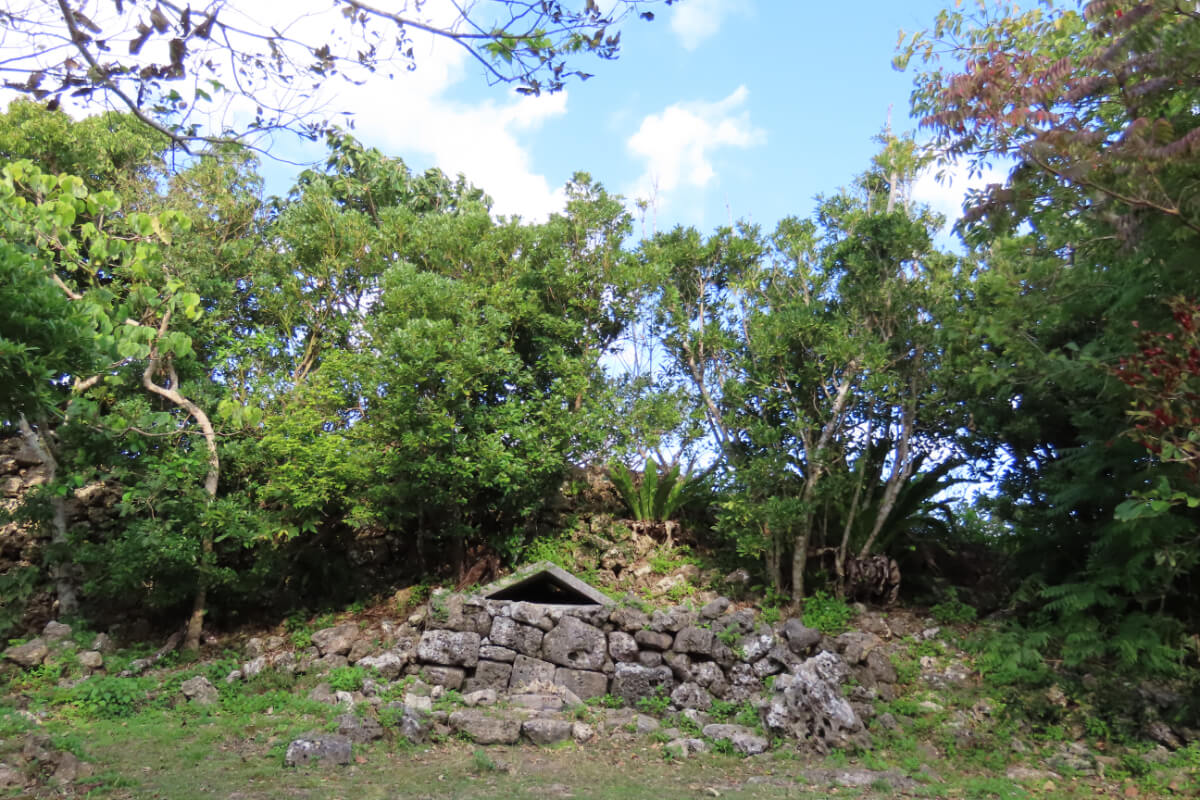 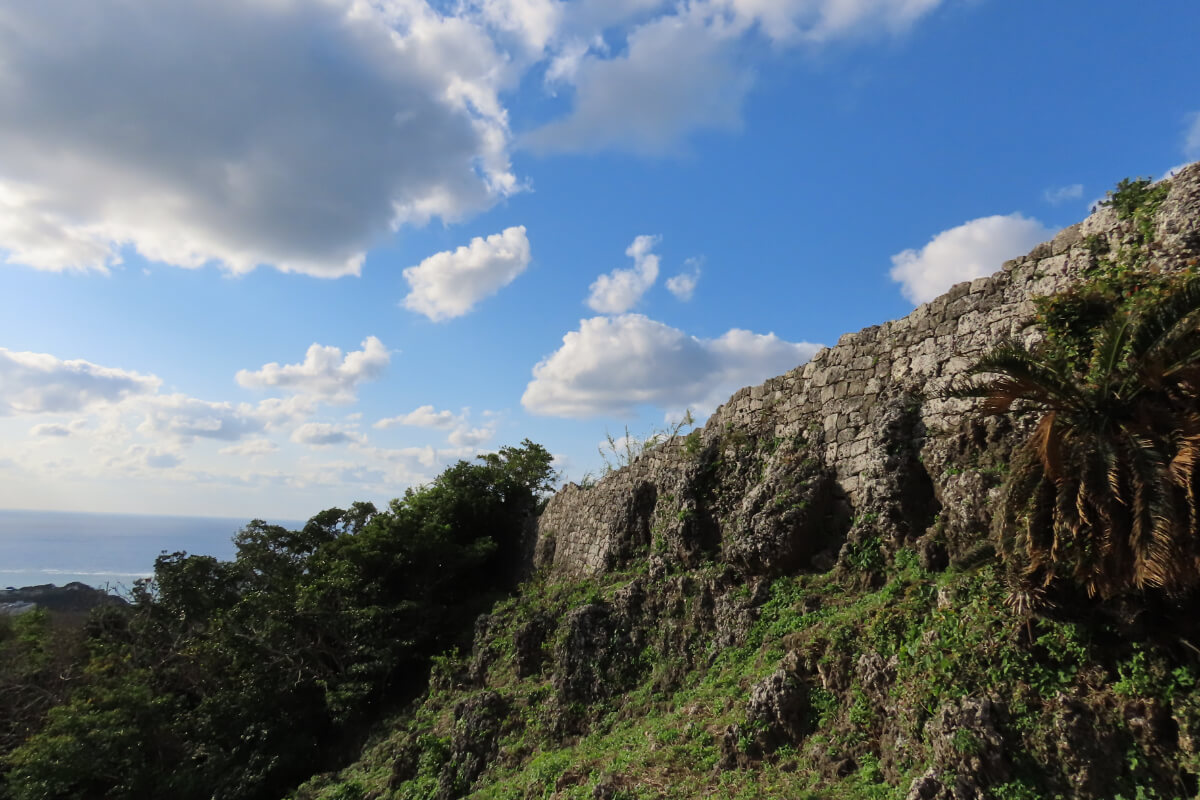 The most distinctive feature of Tamagusuku Castle is the round gateway constructed from local stone. During the summer solstice, sunlight from the dawn beams through the gateway. During the winter solstice, it is the warm light of the sunset that illuminates the gateway. Year round, visitors can enjoy the expansive views from the gateway and the castle grounds. Gaze out over Kudaka Island and the tranquil rural landscape of southern Okinawa. Before leaving the castle site, pause at the small altar of worship called Amatsuzu Amatsugi Utaki where the Ryukyu kings once prayed for rain during droughts.

Tamagusuku Castle Ruins give the perfect opportunity to discover more about Okinawa’s history. Amongst nature, and with panoramic views, it is also a chance to connect with the spiritual side of the Ryukyu Kingdom.

Posted on February 26th, 2021
Text by Kei Itaya
Magazine editor, writer, newspaper journalist in Tokyo and NYC for more than 15 years. Returned to her hometown of Okinawa in 2019.